On the evening of Feb. 24, UCLA athletic director Martin Jarmond found himself in a period of reflection. It had been announced earlier that day that the Bruin football program will host two historically Black universities, Alabama State and North Carolina Central, at the Rose Bowl in 2022 and 2023, respectively. With all of the buzz and excitement surrounding the first two FCS matchups in program history finally subsiding, however, Jarmond wasn’t thinking about breaking barriers or making history – there was only one person on his mind.

Virginia Jarmond died at age 72 of medical complications due to a stroke a little over seven months ago, leaving in her wake a legacy partly cemented in her love for her university. She graduated from NCCU in 1969 with honors, a proud member of Delta Sigma Theta Sorority. While attending the university, she met her eventual husband, Matthew Jarmond, a student at North Carolina A&T.

It was by way of his parents that Jarmond was introduced to the culture of historically Black colleges and universities (HBCUs) while growing up in Fayetteville, North Carolina. While his father called Fayetteville State Broncos basketball games as a color analyst, Jarmond served as a ball boy for Coach Jeff Capel Jr. and the team.

He fondly recalls traveling to the Central Intercollegiate Athletic Association (CIAA) tournament, buying everything he could hold from the vendors and anticipating which outfit fashion plate and fan favorite Mr. CIAA would be rocking on game day. The community, the joy, the spirit, the love, it all captivated young Jarmond – and even as he found himself on his prodigious rise in collegiate athletics, working his way to becoming the youngest athletic director in the Power 5, he never forgot about that magic.

“You don’t have perspective unless you’ve been in it, and seen and experienced it,” Jarmond explained. “You can’t replicate it. You either have it or you don’t.”

An experience unlike any other. Just ask Jennifer Williams, athletic director for Alabama State, whose football program boasts six conference championships. Unlike Jarmond, Williams did not grow up in the HBCU culture; hailing from Detroit, all the top-25 basketball recruit knew was that she wanted to commit to an elite women’s hoops program. Once she arrived at the University of North Carolina to lace up for the Tar Heels, however, she quickly discovered the same magic that Jarmond experienced.

One of those donors? None other than Aggie alumnus Matthew Jarmond, Jarmond’s father.

Funny how things work out, ain’t it? 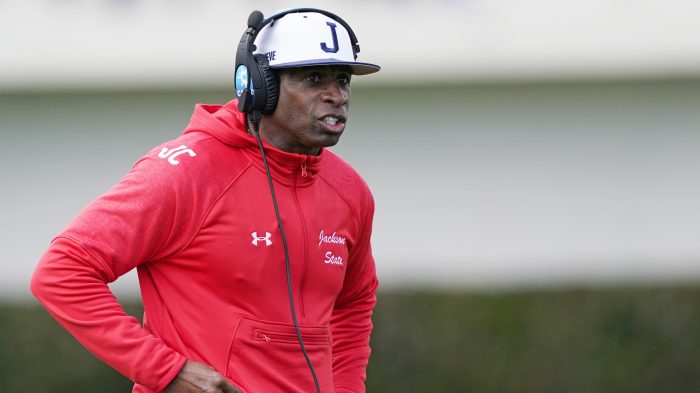 Connections such as this are prevalent across the tightknit HBCU community. Although there are more than 100 historically Black colleges and universities in America, the relationships established among peers, within individual schools and across all institutions, give the community a much more local feel. Coach Trei Oliver of NCCU chalks these bonds up to HBCU spirit, shared experience and mutual respect forged through competition.

“Although we have a lot of rivalries, and we compete on the basketball court and on the football field, the HBCU [culture] is really just like a big family,” said Oliver. “We try to beat up on each other during the competition, but after the game is over we’re gonna tailgate together, we’re gonna laugh and joke and everything else. It’s so nurturing. It’s love.”

Oliver should know – both of his parents are loyal alumni of North Carolina Central, never missing a homecoming. Growing up, Oliver was constantly reminded of the Eagles and of HBCU culture, to the point that when his time came to pick a school to play for at the next level, he thought he wanted to try something else.

“When I was being recruited, [NCCU] was the last place I really wanted to go because I wanted to have my own thing going,” said Oliver. “I didn’t want to follow in [my parents’] footsteps.”

However, he had a change of heart after visiting the Eagles during homecoming and on a recruiting weekend – the atmosphere, the people, the camaraderie, it was just different. For the first time, Oliver wasn’t simply hearing about the joy second hand: He was part of it. He fell in love with NCCU.

Twenty years after a successful college career that saw him earn all-conference and all-region honors as a defensive back and punter, Oliver has found himself back with the NCCU football team, this time as its head coach. He’s run with the opportunity, rebuilding the program from the ground up under the motto, “culture over scheme” – X’s and O’s aside, Oliver has spent the last two years working to establish an environment of pride, diligence and accountability. Even after missing last season due to COVID-19, Oliver feels confident about the direction his program is trending. It wasn’t an easy undertaking, but the Yorktown, Virginia, native isn’t one to back down from a challenge.

Arguably his biggest challenge yet, however, will be going toe-to-toe with the UCLA Bruins in 2023.

Much has been made of the history of Power 5 schools preying upon HBCU football teams with “money games,” paying hundreds of thousands of dollars to financially desperate programs in exchange for their participation in what has also become known as “bloodbath games.” Historically, the best-case scenario was an embarrassing blowout – worst-case scenario, players get seriously hurt.

These upcoming games between the Bruins and the Hornets and Eagles, however, were scheduled with a different objective. Rather than humiliating, injuring and exploiting teams, these matchups are going to be gratifying, educating and uplifting. For the HBCUs and UCLA, this is an opportunity. 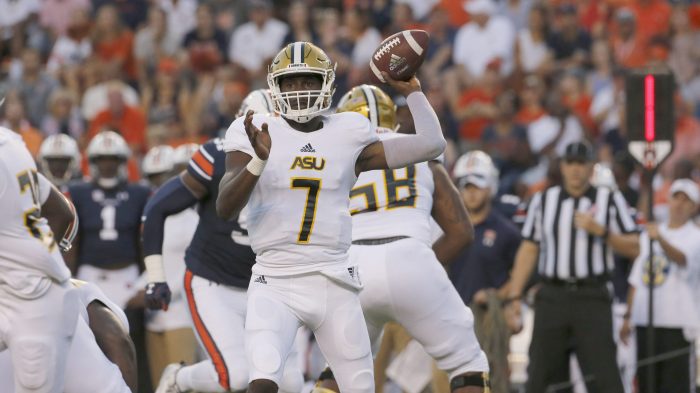 For Alabama State and North Carolina Central, the contests represent a chance to access a new audience. Coach Oliver and his staff have neither the time nor the money to travel to the West Coast on frequent recruiting trips, something that is likely the case with many HBCU programs. Bringing the culture to California for a game, however, could prove to be a more feasible alternative. Witnessing that magic in action – the football, the band, the cheerleaders, the community – may entice a new crop of not just student-athletes, but lawyers, teachers, scientists and dreamers to consider a future at an HBCU down south. The game itself won’t be the only draw. Alabama State’s Marching Band and Stingettes and NCCU’s Sound Machine will also be bringing their world-renowned talents to the West Coast.

“We’re bringing that flavor that we talk about,” said Williams. “To be able to bring what our college does best, to be able to showcase our talents out on the West Coast and to those students at UCLA who may not get to see or touch an HBCU outside of what they see on television, to me is huge.”

On the flip side, for the Bruins, this is an opportunity to reach an untapped audience in their own backyard – one that may not have considered traveling to Pasadena, California, to scratch their football itch otherwise.

“I want to reach out to more communities in Greater LA to come and check out the Bruins, and give [them] something that they haven’t experienced,” said Jarmond. “It really will be more than a game. I envision doing some cool things, some outreach in the community, bring in some kids that maybe have never been to a college football game.”

Spreading that magic to as many people as possible – that’s what this is all about. Whether by association like Williams, by blood like Oliver or by both like Jarmond, the best word to describe the HBCU experience is family. A bond that transcends even the specific university that a person attended, one grounded in love and joy because there is a mutual appreciation of this nation’s historically Black colleges and universities.

As Jarmond walked the evening of Feb. 24, thinking about how much joy his mother would have gotten from watching her Eagles face his Bruins, he couldn’t help but smile.

“She loved sports, she loved football,” he said, grinning. “I was just thinking about the smile that would be on her face watching that game.”

I Was Taught to Be Racist for My Own Protection

Remembering the African-American/Jewish Coalition of Support for the March From Selma...