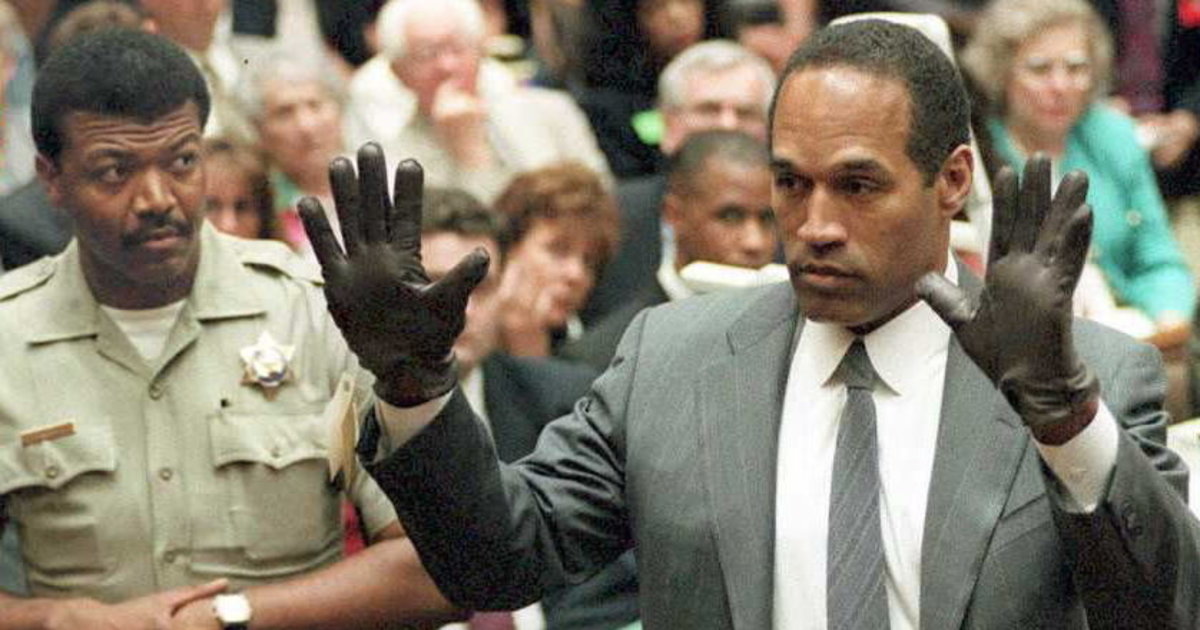 Jill Shively’s testimony might have swayed the path of the O.J. Simpson murder trial, had it ever been heard by jurors.

Around 11 p.m. on the night that Nicole Brown Simpson and Ron Goldman were murdered outside Brown Simpson’s home, Shively believes she saw Simpson driving his truck erratically nearby. She told police, handing lead prosecutor Marcia Clark a potentially key piece of evidence: A witness who could put Simpson in his Bronco near the scene of the crime. But for $5,000, she also told her story to the “infotainment” show “Hard Copy,” saying the former football star looked “like a madman gone mad, insane.”

When Clark discovered Shively had gone on “Hard Copy,” she was furious. Shively had previously told prosecutors she had not spoken to anyone about the case but her mother. Now, because Shively had both sold her story to the press and seemingly tried to hide the transaction from authorities, her testimony was thrown out — an unambiguous hit to the prosecution’s case.

During the media circus that was the Simpson trial, situations like Shively’s became nearly unavoidable, and prosecutors and legal experts began to worry that media coverage could threaten the administration of justice.

The LAPD explicitly asked the media not to contact potential witnesses, but the sheer number of hours and column inches that news organizations devoted to the Simpson case led to a ravenous search for new information. An insatiable appetite for new information sent a clear message to those involved, as well: If you could provide information on the Simpsons, however peripheral, someone was waiting somewhere with a paycheck in exchange for your story.

As captured in FX’s new crime drama, “American Crime Story: The People v. O.J. Simpson,” cable television networks voraciously sought and aired details of the Simpson case throughout the trial, even facets as tiny as the lead prosecutor’s wardrobe. On E!, one Los Angeles Times reporter noted at the time, coverage included “interviews with an astrologer, a dog psychologist, a numerologist, a dream analyst and a hypnotherapist.” Publishers signed over 30 book deals about the case before the trial had even concluded.

Those people, who stood to be called into the courtroom to give their testimony, offered a pinhole-sized view of the truth. Tabloids like the National Enquirer and “Hard Copy” offered them thousands for interviews.

Some, like Shively, accepted the money. And by doing so, they posed a problem for prosecutors, as witnesses who sell their stories for cash are no longer as credible, according to Robert Pugsley, a law professor at Los Angeles’ Southwestern Law School. While it’s possible that such witnesses simply repeat their story for a wider audience, it’s also possible they are swayed by the outlet’s biases, exaggerating their story for better effect.

Selling stories — also known as “cash for trash,” “witness whoring” and “checkbook journalism” — can damage a trial by sensationalizing it, giving the public a “distorted view” of the case, Pugsley said.

“Even though the jurors are not supposed to have access to the media, I can’t believe they’re totally ignorant of what’s being published out there,” he added.

That’s just what happened in O.J.’s case. Days after a grand jury convened, a judge was moved to dismiss the jurors due to some individuals’ exposure to “potentially prejudicial matters” in the media.

Mass media posed such a problem to the criminal justice system that the state of California passed a law in 1994 banning witnesses to crimes from selling their stories, but it took less than one year to repeal on grounds of free speech. A similar, previous attempt — a so-called “Son of Sam” law prohibiting criminals from selling stories — was struck down by the U.S. Supreme Court in 1991.

The Society of Professional Journalists, for its part, abhors the practice of paying sources for information, saying it “threatens to corrupt journalism.” The organization believes audiences will understandably wonder whether sources are “telling the outlet the truth, telling the outlet what it wants to hear or embellishing the truth to increase the value of the information.”

For lawyers, “cash for trash” forces them into the awkward position of convincing a jury that witnesses who have taken money for information are still honest. Perhaps the payment was inconsequential. Perhaps the witness had already given police the exact same statement and was merely repeating it for the public. But it isn’t hard for defense attorneys to launch their attack.

During Michael Jackson’s 1993 child molestation trial — which presented a similar feast of information for tabloid writers — a housekeeper who’d spoken to “Hard Copy” for cash was attacked by Jackson’s lawyers as a non-credible witness. (At Jackson’s 2005 trial, his lawyers used the same argument to question the validity of other former employees’ statements.)

In the Simpson case, lead prosecutor Marcia Clark chose to ignore Shively and others who took money from news organizations to the stand — even though their voices might have bolstered her argument.

Jose Camacho and Allen Wattenberg, who worked at the cutlery store where Simpson bought a knife, were upfront about the fact that they’d sold that story to The National Enquirer for $12,500. Simpson’s attorneys took swipes at the duo’s integrity anyway.

Mitchell Mesko and Dale St. John were not called at all. The former had caddied for Simpson on a golf course hours before the murders (but spoke to Fox’s “A Current Affair”) and the latter saw Simpson show up 15 minutes late for his limo (but a 1994 New Yorker piece alleged he gave “Hard Copy” a scoop).

Those in favor of paying for information find their argument rests on the firm ground of free speech: People should be able to speak their minds regardless of cash flow. Crushing checkbook journalism, some argue, is a form of censorship if sources would otherwise have simply kept their mouths shut.

But others disagree. Calling laws to ban the practice “noble” back in 1994, former USC law professor Erwin Chemerinsky argued in a Los Angeles Times op-ed about the case that there is actually little hard evidence that witnesses selling stories “pose a threat to the fair administration of justice.”

There’s even some evidence that paying for news leads to public awareness of issues that can prompt much-needed policy changes. News of Baltimore Ravens running back Ray Rice’s violent abuse of Janay Palmer broke because security guards at the Atlantic City casino knew they could call TMZ, which offered tens of thousands for a video showing Rice knocking Palmer unconscious, according to The New Yorker. Since then, the league has been forced to address incidents of domestic violence among its players.

In the Simpson trial, however, the exact effect that checkbook journalism had on the case is impossible to quantify. Eyewitness testimony suggesting Simpson was near the scene of the crime after he’d bought a 15-inch knife and acted oddly on the golf course might have swayed some members of the jury. Or, taken with all the other witness testimony and physical evidence, its effect might have been negligible. “I’m not sure that the sellers of the story were the crux of why the prosecution lost,” Pugsley said.

But we can’t really say for sure, and that’s the problem. 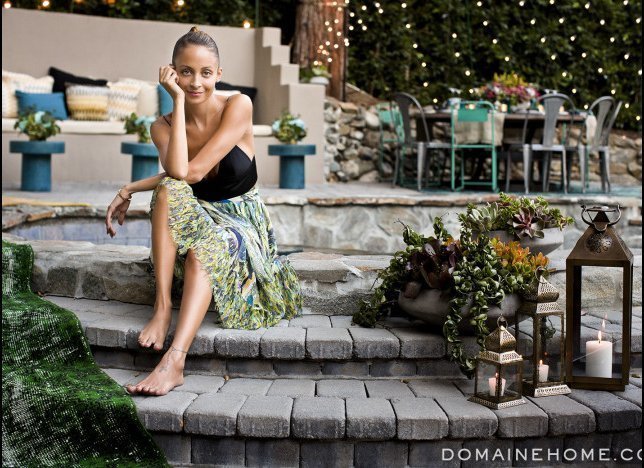 When she wanted to add a Hollywood touch to her West Village, New York apartment, she enlisted the queen of California design, Kelly Wearstler.

Among the many things we expected to find in her home, pillows of her face were certainly not on the list.

Not only is her home beautiful (no surprise there!), but it’s eco-friendly to boot! Step inside this Hollywood stunner’s amazingly green house.

When fashion’s chief-of-police isn’t busy sounding off on celebrity dos and don’ts, she surprisingly settles down in a quiet neck of the burbs. Click here to find out more about her country escape.

Jennifer Aniston’s bedroom isn’t the only one Architectural Digest had the opportunity to cover. Take a peak at other A-listers’ private spaces in our feature of the magazine’s roundup.

The bold wallpaper! The chandeliers! The toilet made to look like a throne! Liberace’s home is just too fabulous for words.

Cher recently sold her Venice abode for a fairly reasonable price — especially for all that it comes with.

When Lea Michele handed her California home over to Domaine’s editor-at-large Estee Stanley, she had only two rules: The space had to be cozy and her Barbra Streisand photo collection was off-limits.

According to Estately, Frank Sinatra’s house, located overlooking the resort town in nearby Mountain Center, C.A., is on the market for $3,995,000.

Florence Welch, best known as lead singer for indie band Florence + the Machine, has a very distinct sound that’s often described as mysterious and romantic. And after getting a glimpse of her home in the May issue of Vogue, it’s obvious that these traits represent her personal style as well.

This is where Maroon 5’s rock star eats his dinner. Head over to our feature of Architectural Digest’s feature to see nine other celebrity kitchens.

These two are enjoying a day out in their California ranch. Head over to our story to see even more photos of the couple.

This is where Demi used to take a dip under the summer sun. Check out six other celebrity pools that will leave you swooning.

Zsa Zsa Gabor’s mansion will be her home for the rest of her life.

Bob Marley’s childhood home was as vibrant as the musician. We’re not surprised.

Gerard Butler prepares his sandwiches in this kitchen. Pretty cool, huh? You should check out the other celebrity kitchens we found.

Juan Montoya reveals a worldly getaway in New York. The place literally makes us want to dive right in.

Lisa Ling’s home holds secrets to stress-free living. We can all learn a few things from her.

Kelly Ripa selling New York City loft for $24.5 million. Why would they ever want to leave?

Madonna sold her Beverly Hills Mansion for $22.5 million. After looking at photos of the place, we think it’s worth every penny.

Ronald Reagan’s former Pacific Palisades home is on sale for $4.99 million. For a piece of an American president’s property, we’d say the tag isn’t bad at all.

Calvin Klein’s $25k Penthouse rent in New York is an unbelievable way to be displaced following Hurricane Sandy. And if the monthly price tag was enough to stop you in your tracks, you’ll be stunned by the interiors.

Rihanna buys massive home in Pacific Palisades. And she dropped a $12 million dollar pay check to get it. Check out our cover for more photos.

Bill Cosby sexually assaulted me. I didn’t tell because I didn’t...

I Decided Not To Read Books By White Authors For A...

Rachel Lindsay: I Was Ready To Quit The Bachelorette