March Madness is taking place in Evelyn Magley’s backyard, with buses shuttling teams and NCAA officials around downtown Indianapolis, where the side of one hotel is covered with the world’s biggest bracket. Yet even though Magley is a huge basketball fan — her husband had a sip of coffee in the NBA — she’s avoided the billion-dollar event that has occupied her city.

“I have no time for that,” Magley said. “I’m too busy trying to get our season together.”

Magley is preparing for the start of The Basketball League (TBL), which begins its third season on April 9 – with her signature on the league’s official game ball. Magley is the CEO of TBL, putting her in a pioneering position as the first woman and the first African American woman in America to lead a men’s professional sports league. 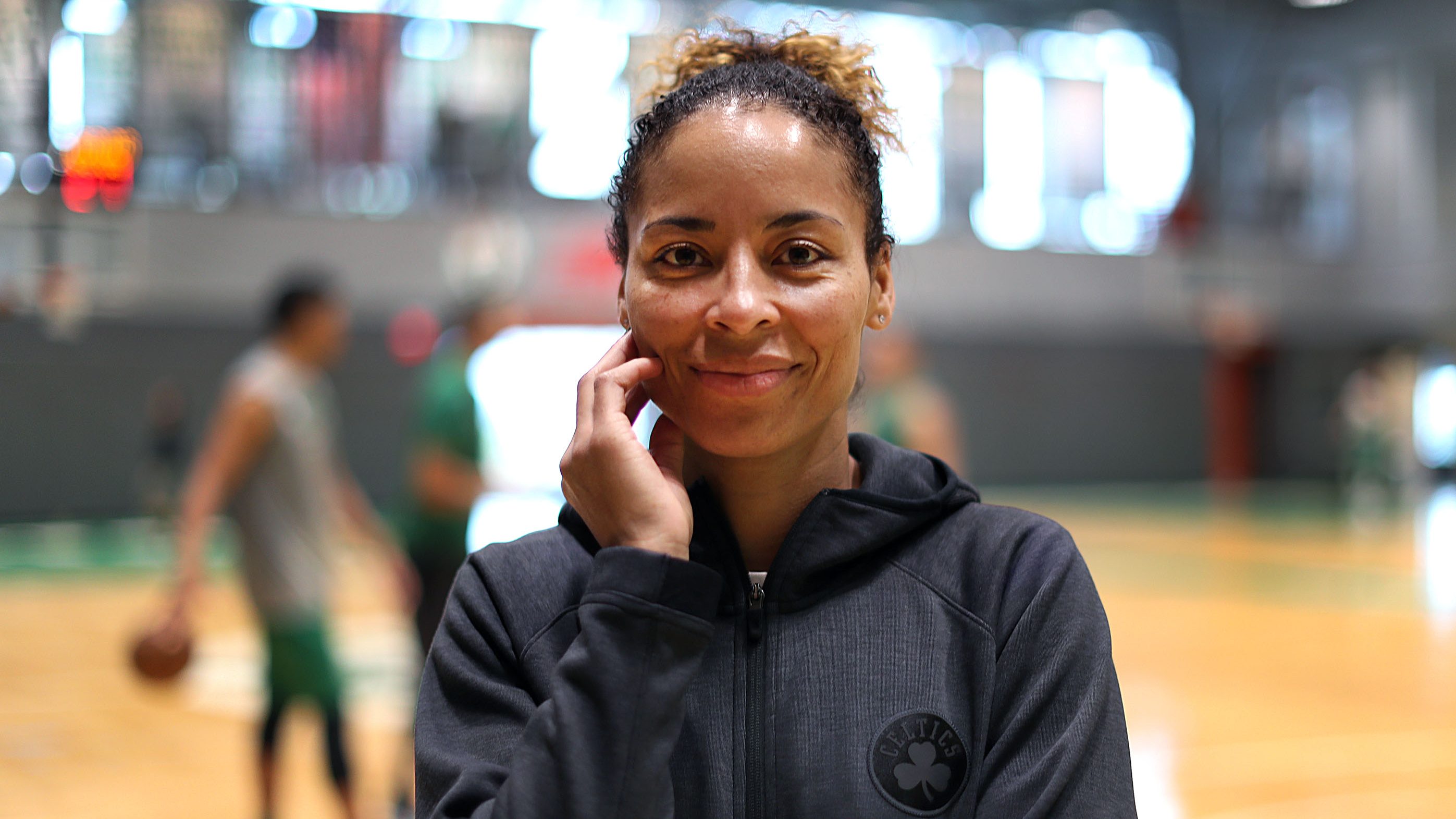 Celtics’ Allison Feaster: ‘I didn’t get here by myself’Read now

“I had no idea that was the case when we launched this league,” Magley said. “It never really crossed my mind as being the first African American woman in this position. I’m just thinking about putting on the best league that we possibly can.”

If you’ve never heard of TBL, Magley is hoping that changes soon. TBL, which had to shut down prematurely last season because of the coronavirus pandemic, is scheduled to restart with 29 teams next month in locations across the country from California to Florida to upstate New York. Teams are currently conducting tryouts to finalize their 12-man rosters.

TBL will feature several familiar names. Cliff Levingston, a two-time NBA champion with the Chicago Bulls, is the head coach of the Kokomo (Indiana) BobKats. Jerome Williams, who played with four teams over a nine-season NBA career, is the owner of the Vegas Ballers. And Steve Francis, a three-time NBA All-Star with the Houston Rockets, was announced earlier this year as the owner of the Houston Push.

“Since basketball is my love, I really wanted a way to get back into the game,” said Francis, who hired former NBA point guard and former teammate Moochie Norris as his head coach. “I didn’t want to do commentating because I really wanted to be involved hands-on in some capacity, and TBL and Mrs. Magley’s approach was intriguing to me.”

Much of that intrigue, for Francis, was the mandatory community outreach that will be required by each TBL team. The league plans events with local schools, youth groups and nonprofits. “I have a foundation that’s very involved in Houston,” Francis said. “The community service aspect of the TBL fell in line with what I already do.” 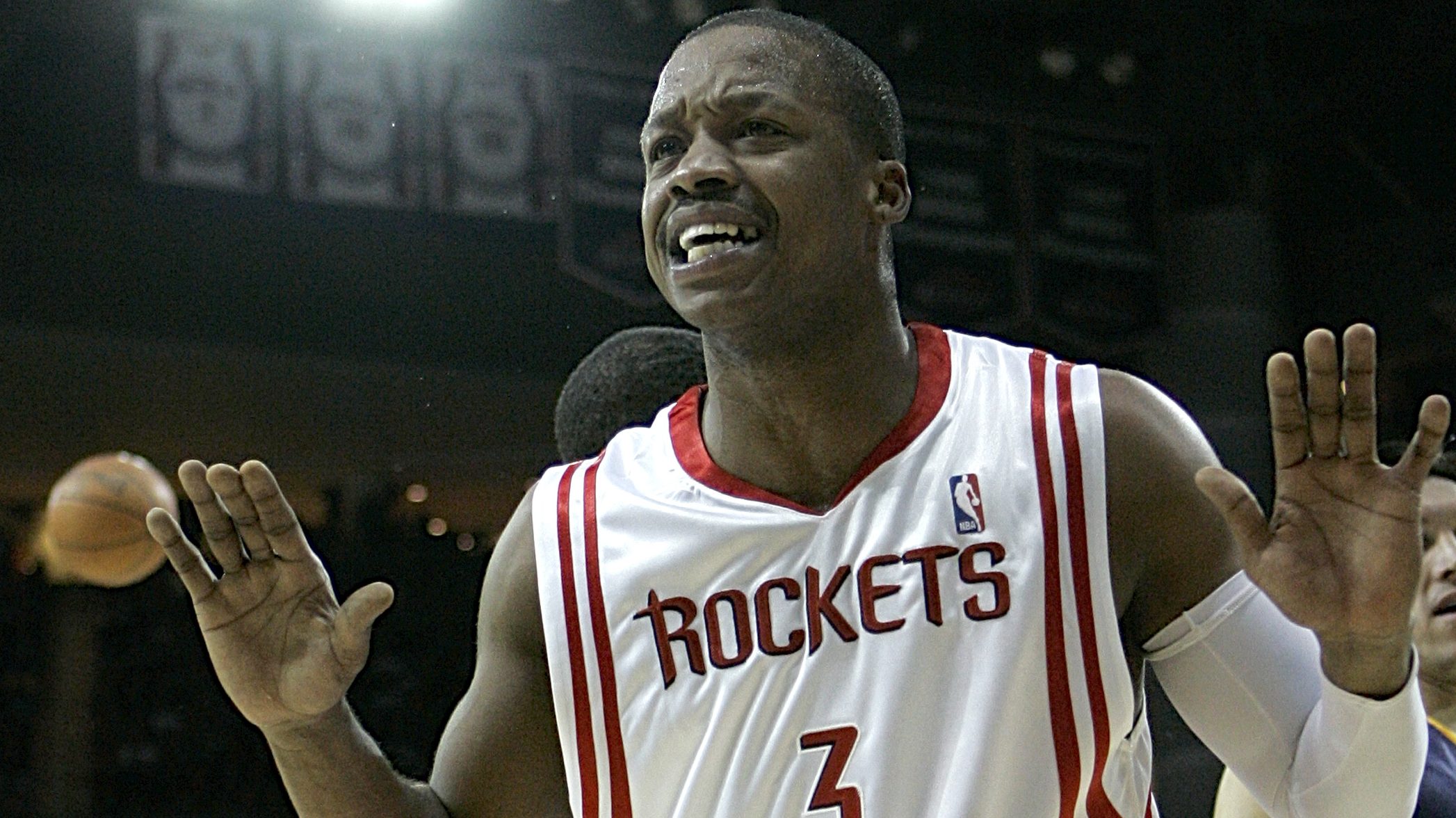 Steve Francis looks back at his NBA career, Kobe and a photo shoot with Destiny’s ChildRead now

For Magley, the launch of the league is an extension of her longtime interest in sports. A self-described “daddy’s girl” who was like the son her father never had, Magley hung out with her father when he attended and played sports, which led to her becoming involved in sports.

“I did all the things boys did: I worked on my car with my dad, I went fishing with him every weekend and I played sports,” Magley said. “There wasn’t a boy within a four-block radius of my home who could outthrow me, outrun me or outpitch me.”

Magley said the Title IX education amendment implemented in the 1970s opened the doors to her becoming a member of the first girls track team at J.C. Harmon High School in Kansas City. Her passion for sports was surpassed by her love for music, which led Magley to attend the University of Kansas, where she majored in music education and music therapy while playing violin with the school’s symphony orchestra.

While attending Kansas she met her husband, David Magley, a star forward on the Jayhawks basketball team who once scored 24 points in 1981 against a top-ranked North Carolina team led by Michael Jordan that would win the national championship that season. David Magley was later drafted in the second round of the 1982 NBA draft by the Cleveland Cavaliers, where he played briefly before beginning a journeyman CBA career that took him to places such as Wyoming, Albany, New York, and Tampa Bay, Florida.

David Magley went on to coach in high school and with the Brampton A’s in the National Basketball League of Canada. While he coached the Brampton team, his wife assumed the role of director of community engagement, providing a bridge between the team and the community.

David Magley would become commissioner of the National Basketball League of Canada before returning to the United States to launch the National American Premier Basketball League (NAPBL). But that venture folded after one season following its 2018 launch, and the struggles of getting that league off the ground eventually led to TBL.

“There was a lot of pressure on us at the time,” Magley said of the stress caused by the failed league. “I remember being on the bathroom floor crying when I heard this voice say, ‘Just start your own league.’ ”

Magley left the bathroom to discuss a new league with her husband. What followed was a marathon planning session that didn’t end until 5 the next morning.

“All the details started flowing,” Magley said. “And we wrote an outline of just what we wanted this league to be.”

The result: Magley serving as CEO of TBL and her husband in the role as president.

TBL (which was a rebrand of the NAPBL) launched in 2019 with 10 teams. The first-round picks that season included players from big schools (Xzavier Taylor played at Purdue), small schools (Jeremy Burright played at Lower Columbia College) and historically Black schools (Alonzo Murphy played at Lincoln University).

“We are a showcase league, trying to provide players with opportunities,” Magley said. “We don’t have buyout clauses, so players can leave if they find another opportunity. We provide video and stats, which is important for players who want to go overseas because those are the two things that you need to get a chance.”

There are other aspects of the league beyond basketball. TBL provides a financial literacy program to help its athletes manage money, and the teams are active in their communities.

After an abbreviated 2020 season that came to a halt due to the pandemic, TBL plans to play a 32-game season with 29 teams. While final rosters have yet to be announced, players from the NBA G League and from international teams affected by the pandemic have attended some of the camps to compete for roster spots, which pay a monthly salary of between $ 1,500 to $ 6,500.

Teams will play in their own region to limit travel costs. The regular season launches on April 9 and continues through the end of June, with the playoffs and finals expected to end in early July.

“We’ll give the winners a trophy,” Magley said. “But the real trophy at the end of the season will be how many players got jobs because of the TBL.”

Magley’s desire to help other players is what’s kept her from attending the March Madness games in her city, including the early-round games of her Kansas Jayhawks.

“This is time-consuming to get this going,” said Magley of the upcoming season. “But it’s also exciting and we can’t wait for people to see our teams play on the floor, and our impact in our communities.”