Pregnancy looks great on Milan Rouge! The fashion designer and owner of Milano di Rouge, Milan Rouge, announced her pregnancy in December. The beautiful Philly native, who is a close friend of Meek Mill, has rumor mills swirling with the possibility that he may be the baby’s father. Shortly after her announcement, Meek Mill deactivated his Instagram account, but reactivated it a couple of weeks later, wishing fans a Happy New Year. The two have been friends for years and he’s worn her clothing on several occasions. Milan Rouge has asked for privacy regarding her personal moments, but has been giving fans major fashion slayage on the ‘Gram.

If people are doubting how far you can go, go so far that you can’t hear them anymore

For the new year, she served the ‘Gram some haute mommy style! The designer’s first photo for the new year featured an all white dress, a white and gold hat, paired with gold earrings, and $ 1,995.00 gold Saint Laurent ‘Kiki Boots’ ($ 1995.00, farfetch.com). These boots luxe up any look into a lewk! 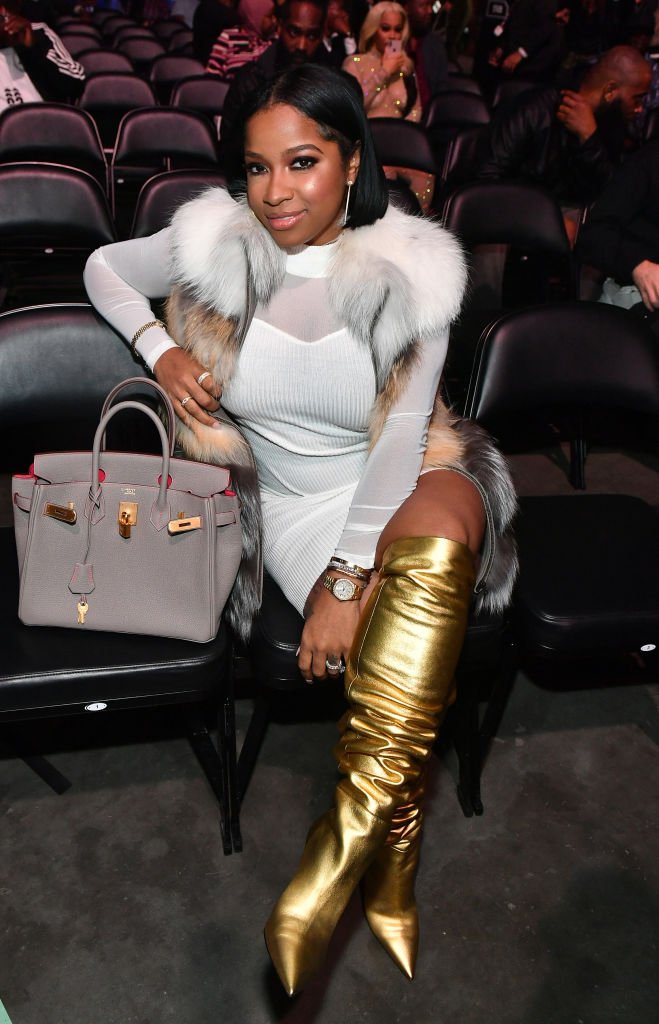 Toya Johnson wore the same golden boots earlier this week to sit in style ringside at The 2019 World Lightweight & World Light Heavy Weight Championships. Celebs stepped out fashionably for the occasion and Johnson was no exception! Johnson styled her look with a white knit dress with a sheer neckline and sleeves and a multi color fur vest. Cute and comfy!

We love these boots (which are undoubtedly a splurge), but beauties, we have to know: who styled this look better? Take our poll below and sound off in the comment section. We want to hear from you.

Who Wore It Best? Beyoncé, Eve, And Kourtney Kardashian All Love This Blinged Out Naeem Khan Suit [POLL]

WHO WORE IT BEST: Was Adrienne Bailon Or Beyoncé More Spot On In This Top? [POLL]

The Battle Of The Thigh High: Who Wore These Fendi Boots Best?