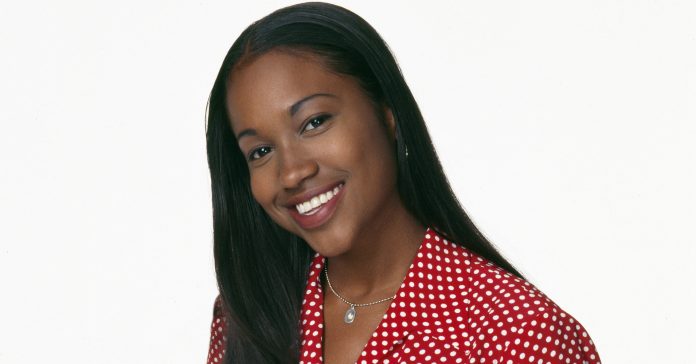 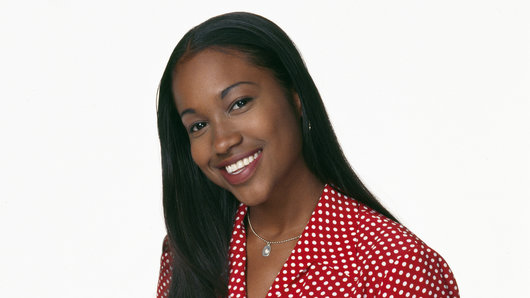 On Saturday, a video began circulating of the “In the House” actress at an extremely low point. In the clip (which won’t be linked here), Campbell repeatedly tells the young man recording her that she wants crack, details a disturbing incident in which she was raped, and rants incoherently in a way that suggests she may have had a drug relapse.

She’s clearly in need of help, but the man recording (an Atlanta rapper who goes by “T-Hood”) uses the situation as an opportunity to humiliate her. The fact that he thought this was an OK thing to do, and the fact that the video has been so widely circulated since it surfaced, is an unfortunate result of a culture that still needs to fully grasp that making fun of mental illness is simply not OK.

Campbell, once a successful teen actress in the ’90s and early 2000s, revealed her battle with drug addiction as a result of bipolar disorder on an episode of “Iyanla: Fix My Life” in 2012. Campbell, then clean but clearly struggling, spoke candidly to host Iyanla Vanzant about her mental health struggles, her broken relationship with her late mother, and her regrets about losing custody of her then-12-year-old daughter.

Despite this well-known narrative to fans of the 40-year-old actress, T-Hood stated in an Instagram video obtained by the blog Straight From the A on Sunday that he isn’t sorry for exploiting and taunting the actress. His logic was nonexistent.

“Y’all n****s would not be mad if I posted a white girl,” the rapper explained.

“If I would have ran into muthaf***king Hillary Duff and she was asking for crack and [was] sucking d**k at the gas station for money for crack, I would have posted her, too,” he continued.

T-Hood added that he didn’t believe Campbell’s behavior was the result of mental illness. “This b***h is just high as f**k,” he said.

In recent years, drug addiction has increasingly become seen as less of a criminal issue and more of a public health issue, amid an opioid epidemic that has overwhelmingly affected young white people. But while legislators are creating policies and task forces to help those with opioid addiction, crack ― which has always disproportionately affected black and Latino people ― remains stigmatized.

As law professor Ekow Yankah explained in a video essay for PBS, 30 years ago, the drug epidemic was seen largely as a black problem, and “the response could not have been more different.”

“There was no wave of national compassion,” Yankah explained. “Instead, we were warned of super predators, young, faceless black men wearing bandannas and sagging jeans.”

And so, the fact that Campbell’s trauma has now become fodder for gossip websites is, unfortunately, not very surprising. But the carelessness with which T-Hood views Campbell’s situation is not only heartbreaking, but incredibly telling about the way in which we view both addiction and mental illness as diseases, especially when it comes to black people.

Luckily, he’s been criticized by a number of people on social media, including Campbell’s “In the House” co-star LL Cool J.

The rapper, who posted on Instagram asking for Campbell’s contact info after seeing the disturbing video, later called out T-Hood in a tweet on Sunday night, questioning why he didn’t lend a helping hand:

Instead of pulling out your phone and filming someone who’s obviously having trouble. Maybe lend a helping hand? A kind word? @MaiaCampbell

On Monday night, Campbell responded to LL Cool J via an Instagram video posted by Baller Alert. She hardly seemed well. “I don’t need help, I just need a benefit concert for mental health,” she said. “Don’t DM me.”

There are countless viral videos across sites like YouTube, The Shade Room and WorldStarHipHop of black people who are clearly mentally ill and/or drug-addicted being exploited for the sake of so-called entertainment. Indeed, the crackhead has long been a figure of humor, played for laughs in movies like “Friday” and on shows like “Chappelle’s Show.”

We’re taught to see addiction as a moral failing, a proverbial stick with which we can beat others down while elevating ourselves for not making bad choices. Perhaps it’s the existence of fictional characters like Dave Chappelle’s Tyrone Biggums or Ezal from “Friday” that make the Campbell video seem like entertainment.

But Maia Campbell, and other people like her who cope with mental illness through drug and alcohol misuse, are not fictional characters. They are real human beings, and they deserve compassion.

Comedian Dave Chappelle Says He Was Choked By The Police In...