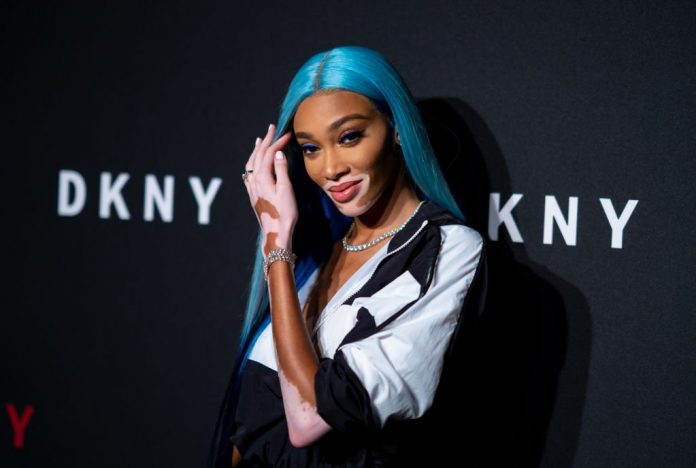 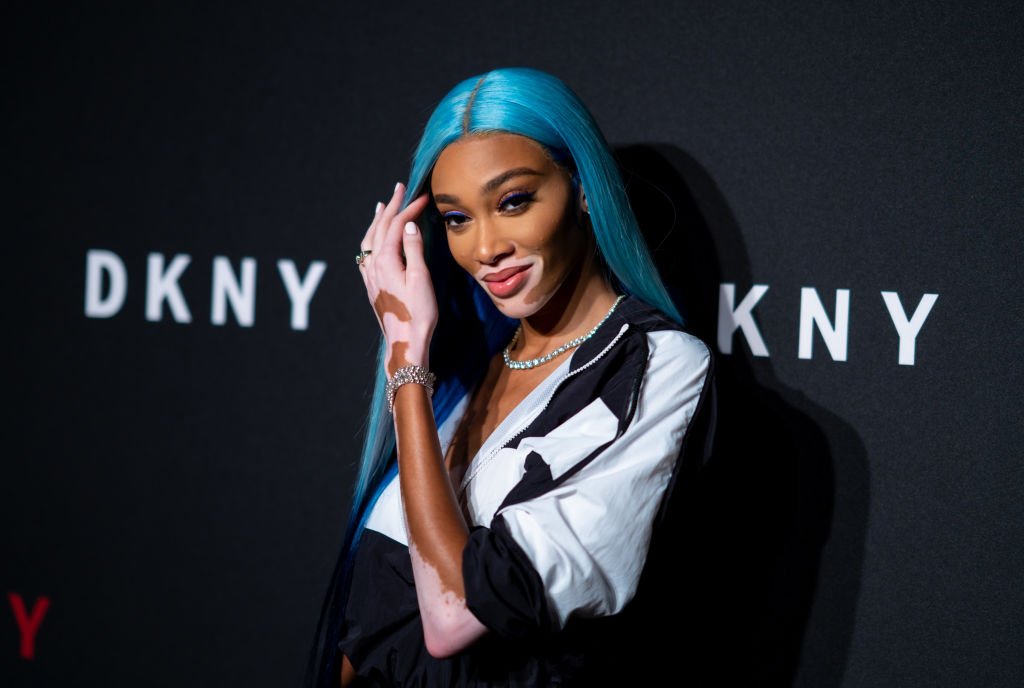 No matter what type of skin you have, somewhere along the line you’ve dealt with redness. Maybe from sun exposure or irritation, but we can all agree that it can be a pain to get rid of. And it always seems to come at the worse time from when you have a hot date planned or in Winnie Harlow‘s case a fashion event to attend. Now, the model is keeping redness to the curb with a non-conventional method that actually works (we are actually quite surprised).

In honor of New York Fashion Week, the beauty filmed her makeup routine with Vogue to give fans a glimpse on how the superstar gets ready for a night out. During the video, she shared the tricks she uses on her vitiligo skin patches, including Visine eye drops that she says helps to keep her redness at bay.

“They make your eyes really white but they don’t burn like a lot of eyedrops tend to do,” Winnie says while placing Visine drops into the sides of her eyes. “Sometimes too what I like to do is use Visine eye drops on the white parts of my skin to take the redness out.”She then proceeds to rub the drops into the white parts of her skin caused by vitiligo. “I have really bad allergies so I always have Visine on me anyway,” she explains. “I thought if it whitens my eyes, wouldn’t it whiten my skin? And I tried it and it does.”

Vitiligo is a skin condition where pigment-producing cells die or stop functioning causing whitish patches to develop on the skin. Millions of people all over the world are living with this condition that affects different areas of the body including skin, hair and the retina.

Before applying the Visine to her skin, Winnie first cleansed her skin with a homemade mask consisting of manuka honey, apple cider vinegar and Amazon’s top-selling skincare product, the Aztec Secret Healing Indian Clay. The result, gorgeous glowing skin that we would have never known to have redness.

Intrigued? Check out Winnie’s Vogue makeup tutorial below to learn some new tips and tricks!

2014 Was A Great Year For Feminism. Is A Backlash Coming?

Will Smith Needs His Own Nature Documentary Series Right Now

Jeb Bush Wants A Recession In Washington. For African-Americans, There Already...