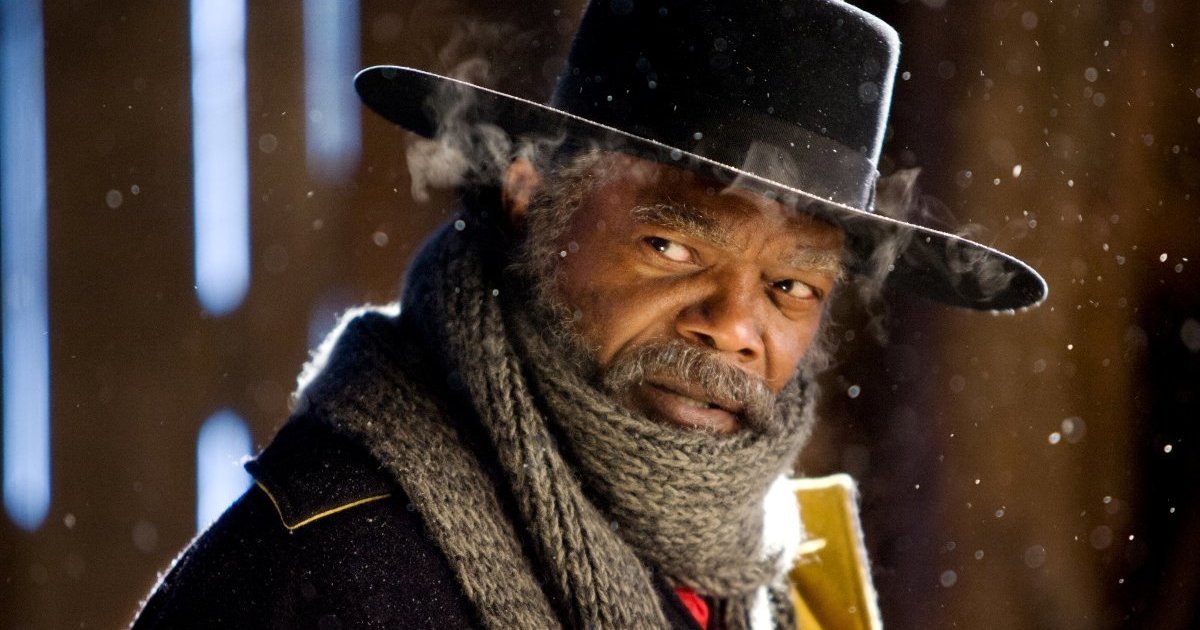 Because elements of Quentin Tarantino’s stories interconnect, each of his movies is like a time capsule, cherry-picking minutiae from previous (or future) films to create a shared universe in which, say, Mia Wallace describes the Deadly Viper Assassination Squad from “Kill Bill” and the Hollywood producer in “True Romance” is the son of the nefarious Bear Jew from “Inglourious Basterds.”

Before Tarantino’s new movie, “The Hateful Eight,” opened in theaters, The Huffington Post got Tim Roth to confirm that his character also has a connection to “Basterds.” And on Tuesday, during an Oscar-campaign brunch for “Hateful” in Manhattan, Samuel L. Jackson revealed the Western boasts a couple of subtle nods to “Django Unchained.”

When we first meet Jackson’s character, a former Union soldier turned bounty hunter named Marquis Warren, he is stranded in the snow. Transporting the bodies of three outlaws so they can be hanged in an adjacent Wyoming town, Warren hops a ride on a stagecoach in which a primo bounty hunter (Kurt Russell) is escorting a fugitive (Jennifer Jason Leigh) to her own hanging. Before Warren peers up at the wagon to request a ride, we see him standing behind three stacked corpses. Sitting on top of them is a saddle.

As it turns out, that saddle belongs to another Civil War-era bounty hunter: Django, whom Jamie Foxx played in the lucrative 2012 dark comedy.

Jackson told us that an even subtler callback occurs later in “Hateful,” after the stagecoach stops to ride out a blizzard at Minnie’s Haberdashery, a lodge where most of the film takes place. Look closely at the assorted goods sprinkled throughout Minnie’s, and you may spot Django’s green corduroy jacket. Jackson said it’s sitting on the floor.

Got room for one more tie-in? What about Marquis himself? Could he be affiliated with another inhabitant of the Tarantino cosmos? Perhaps he has an unlikely connection to “Pulp Fiction” hitman Jules Winnfield, we wagered?

“You know what, we’d go through things like that,” Jackson said with a smile, referring to discussions he and Tarantino had about Marquis’ lineage. “We actually talked about it, laughed about it and said we won’t create that connection just yet. But it’s a very real possibility. Jules is a Winnfield, not a Warren. But who knows?”

Starting to see pictures, ain’t ya?

The Message All Fat Women Deserve To Hear

This Guy’s Reaction To Patti LaBelle’s Pie Is Priceless

Chicago, "If We Stop Dreaming, We die"