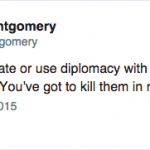 ; ; ; ; ; ; ; ; ; Conservative acolyte and Florida A&M University Board Chairman Rufus Montgomery could have easily been talking about the United States’ diplomacy and national defense strategies when he tweeted this quote earlier this year. ;But his devolution as a professional, a FAMU graduate and political operative makes this philosophy fit so snugly into his campaign to fire FAMU President Elmira Mangum, that it almost reads as a winter prophecy for what has become a summer of white hot jealousy, and sweltering political pressure to disrupt progress at Florida’s flagship HBCU. ;From all appearances outside of Florida, and in the eyes of …

Conservative acolyte and Florida A&M University Board Chairman Rufus Montgomery could have easily been talking about the United States’ diplomacy and national defense strategies when he tweeted this quote earlier this year. ;

But his devolution as a professional, a FAMU graduate and political operative makes this philosophy fit so snugly into his campaign to fire FAMU President Elmira Mangum, that it almost reads as a winter prophecy for what has become a summer of white hot jealousy, and sweltering political pressure to disrupt progress at Florida’s flagship HBCU. ;

From all appearances outside of Florida, and in the eyes of many executive and alumni observers who care about FAMU as a pillar of national HBCU culture, Montgomery is quickly eroding the potential for FAMU to attract or retain executive talent, legislative support and alumni confidence. People all over the country are tired of the infighting, and more than that, the lack of a backstory to figure out who’s side we all should take. ;

Dr. Mangum’s wins and losses as a president have all been, by nature of FAMU’s visibility, larger than life. She’s attracted millions in philanthropy from alumni, established key relationships to extend the university brand beyond state and national borders, and has earned attention for repositioning the university as a premier research institution.

But she also has had missteps in executive hiringand a perceived lack of voice on an emotional, sticky political issue involving the FAMU College of Engineering ;

Montgomery, who has seemingly opposed Dr. Mangum’s appointment from the very beginning, has weakly (and weekly) tried to position her as an executive novice who makes bad hiring choices, whose trust of Florida Governor Rick Scott on the FAMU Engineering issue was too liberal, and who will not offer he and other members of the board interpersonal deference. ;

Many Famuans will say folks not at FAMU or of FAMU have no basis upon which to discuss FAMU. But just as the FAMU hazing death saga created new policy and inquiry for all HBCUs on oversight of student organizations and activities, this latest Rattler crisis is having the same impact on institutional governance and the collective HBCU brand. ;

While it may not receive the same media coverage, emotion and stakeholder scrutiny, there is no question that Montgomery’s effort to rid FAMU of Dr. Mangum will create worse long-term impact for the university than the manslaughter of Robert Champion. In the case of FAMU hazing, a bus full of college students inadvertently killed a classmate in the name of tradition and camaraderie. That death cost FAMU a presidency, some money, some enrollment, and most of the institutional brand built over decades by the Marching 100. ;

Montgomery’s lack of social and political savvy to get Mangum fired without making himself to be a clownish caricature of a board chair will not only cost FAMU another president, more money, more enrollment and institutional brand, but it will also ensure that no respectable president with talent or vision will want to work with that board. It will solidify in the minds of alumni like John Thompson, Cecka Green and many others that investing in FAMU empowers people like Montgomery to do the wrong thing by the institution to gain political capital, and the support will stop. ;

It won’t be long before the Southern Association of Colleges and Schools Commission on Colleges puts the stamp on the letter informing Montgomery that a site visit has been scheduled to review Dr. Mangum’s harassment complaints, and his insistence that the board be involved in the daily observation and operation of the university and legal counsel – a glaring accreditation violation. ;

And it won’t be long until parents, teachers and counselors discourage students from attending FAMU, because it will be the place where the community rumor mill determines “they killed that boy and they are about to lose their accreditation.”

We keep waiting for state higher ed officials to intervene, much in the way they did for the FAMU hazing case, but like most public HBCU issues, if the strife fits the state’s political agenda, why fix what was designed to be broken?

Mason’s departure and Wilson’s retention are widely believed to have been politically motivated. And the political insulation for Montgomery to act a fool is cut from the same cloth. That several board members allow Montgomery to jeopardize the institution, while protecting his interests is perhaps the saddest reality in the saga. ;

If the strategy is to build a case for just cause against Dr. Mangum, then behavior bordering on harassment probably isn’t the best tactic. FAMU’s public image being tarnished by the bad blood between Dr. Mangum and Montgomery is a real problem, but ; a $75,000 contract for a communications firm ;isn’t going to fix the relationship. ;

The interpersonal dislike for Dr. Mangum among members of the board would have surely prompted them to call upon many of the moles on faculty and staff to betray some kind of operational deficiency or scandal at the school. The fact that such an incident has not yet been produced speaks volumes about the culture of leadership and work being done at the school on Dr. Mangum’s watch. ;

And even if they find one or some, Montgomery’s striking lack of decorum up to this point makes it impossible for anyone to believe that any scandal or resulting discipline or dismissal, would be more than a ;‘gotcha’ moment between president and board chair – an awful look for an HBCU culture already on the ropes. ;

Is Rufus Montgomery someone that Famuans want representing their highest levels of leadership and governance? Is Rufus Montgomery’s bullying of the first female president of his alma mater a note that Jeb Bush wants in connection with his campaign team, considering the substantial work he has to put in to attract black and female voters? ;

More importantly, is this crisis of ego and will something we’re all just going to watch and shake our heads at, or will we be empowered to get rid of this latest executive shuck and jive show at one of our most valuable and most needed HBCUs? 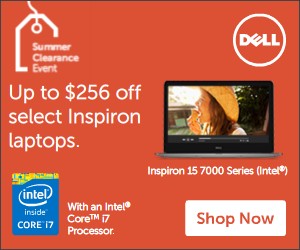 Rufus Montgomery is the Enemy Within the Gates at FAMU

These Are The States Where Poor Students Are Most Likely To...