LAKE BUENA VISTA, Fla. – There is a famous photograph during the Memphis Sanitation Strike in 1968 of Black men protesting poor working conditions, racism, discrimination, low wages and mental abuse from the city of Memphis, Tennessee. The strike took place in the aftermath of the families of two Black sanitation workers, Echol Cole and Robert Walker, not being compensated by the city after the men were crushed to death by a trash compactor.

On March 29, 1968, more than 200 striking workers stood side by side and held signs that read: “I Am A Man.” In the photo, one man is walking at the front of the line and staring at onlookers. That man was Jessie Perry, the late grandfather of former NBA guard Elliot Perry.

“My grandfather marched in the civil rights movement because he had to in order to leave a better world for his kids, grandchildren and great-grandchildren,” said Elliot Perry, now a minority share owner of the Memphis Grizzlies, in a text message to The Undefeated. “He always reminded me that this is a relay race and that the movement is a forever race. And at some point, the baton will be passed to me.

Perry has done his part to educate Grizzlies players over the years, including Mike Conley, who now plays for the Utah Jazz. In January of 2017, Perry and Conley toured the National Civil Rights Museum together. Perry told Conley about his grandfather’s involvement in the strike and pointed him out in the famous picture.

“Speaking to [Elliott Perry] and getting a first and secondhand experience of what his grandfather taught him about what it was like, I learned from that,” Conley told The Undefeated. “I didn’t have the honor to meet anyone who was in the strike. But being able to know people who had family members who were in that are still alive or have passed is great insight. That’s stuff you can’t read in the book.”

When the NBA season resumes on Thursday night at the ESPN Wide World of Sports Complex, Conley will wear the words, “I Am A Man” — one of the social justice messages NBA players can post on the back of their jerseys. He, along with Grizzlies swingman Josh Jackson, have chosen “I Am A Man” as their message.

“That phrase and statement hopefully will trigger their mind into questioning. ‘What does that mean? What is he trying to get across from this?’ ” Conley said. “It leads to them searching. It leads to them educating themselves on why I am doing what I am doing. It’s a perfect time in today’s society with what is going on to [put] that phrase in particular on my back.

“The first game is going to be amazing. It’s not only going to be my first game playing, the team’s first game playing, but the whole world is waiting. For us to be a part of that truly means a lot. Granted, we’re not going to go through a situation like this again in my lifetime maybe as a player. To be able to be that symbol of hope for everybody with sports coming back and a semblance of normalcy gives fans something to root for and stand behind.”

Conley starred for the Grizzlies for 12 seasons before being traded to Utah last summer. While in Memphis, he was a regular at the National Civil Rights Museum, where there is a gallery commemorating the sanitation strike along with videos featuring Rev. James Lawson and T.O. Jones, who supported the striking sanitation workers. The exhibit also includes “I Am A Man” signs, a garbage truck and the Mountaintop Theatre, which shows Martin Luther King Jr.’s final speech. King had gone to support the strike workers in Memphis and was assassinated the day after his speech on April 4, 1968. 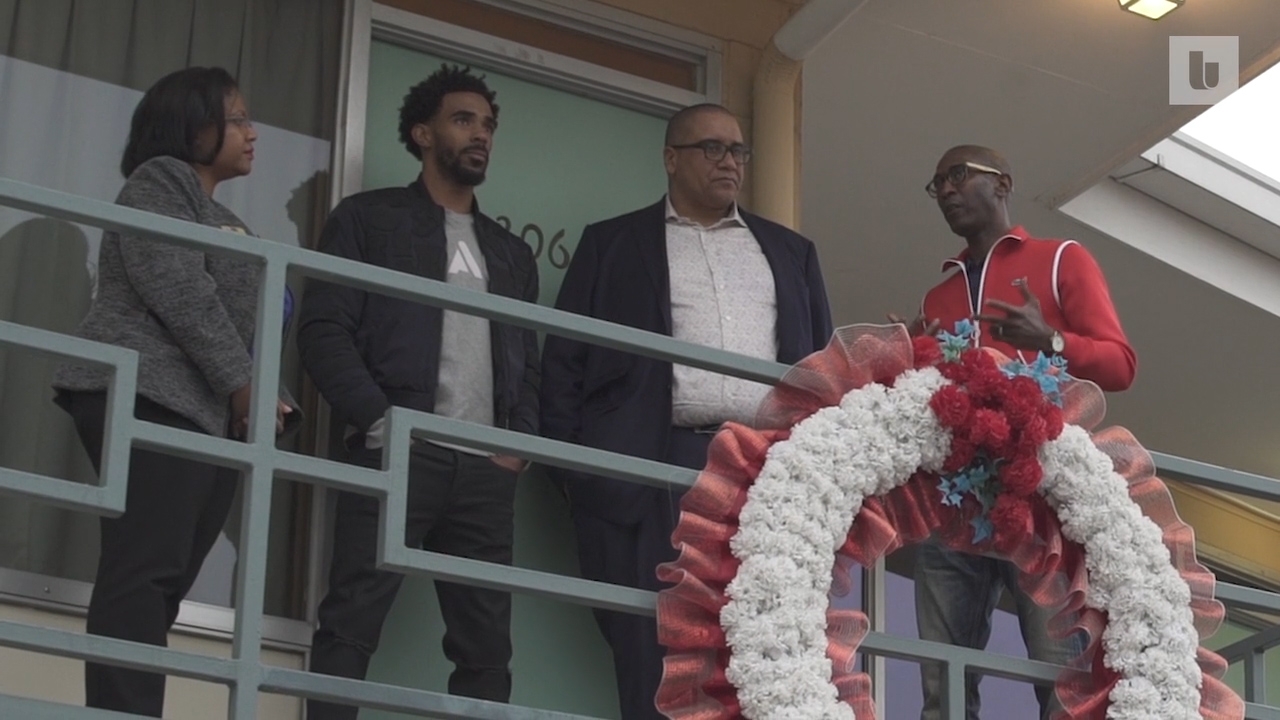 “People know the history I have with the people of Memphis and the history of Memphis,” Conley said. “But I think it is just a truly powerful statement that was made in Memphis during the sanitation strike down there. Then the significance of Martin Luther King further with all the things that happened. That is the reason why he was there. That kind of stuff can easily be forgotten and unnoticed. A lot of people have called me to say thank you and also, ‘I had no idea.’

“That is why I am doing it. The education and also alongside understanding that we are people just like you. Our skin color doesn’t make us any different. I am a man just like you are. That is the statement I wanted to put out there.”

In the aftermath of the police brutality murder of George Floyd on May 25, Conley said that more people need to learn the history of the struggle of African Americans in hopes of fixing the issues in the country.

A source said Conley explained his choice to wear “I Am A Man” to his Jazz teammates last week. And Conley acknowledges he has received great feedback on his message.

After spending time with Conley in Memphis, Perry says he is not surprised by the words the former Grizzlies star selected.

“Having played and lived in Memphis for most of his career, Mike has a sensitive consciousness about the movement and what that statement is trying to convey,” Perry said. “He realizes that in this moment it still holds its power and still rings ever so true for Black men.”

Conley, who was brought to Utah to be a veteran leader, has averaged 13.8 points, 4.3 assists and 3.2 rebounds this season while playing in only 41 of 64 games.

Head coach Quin Snyder is hopeful that a healthy Conley will help lead Rudy Gobert, Donovan Mitchell and the Jazz deeper into the playoffs. (Snyder has also previously said that Conley, assuming the Jazz are still playing, could potentially depart from the NBA bubble for his child’s birth in late August.)

“He is a tremendous player,” Snyder told The Undefeated about Conley. “He was not only playing with injury, but with an entirely new team. All the things required by a player to adjust to, he had it thrown at him. But we need Mike, and Mike has been playing really well.

“He’s a crucial, crucial part of what we are doing.”

9 Beautiful Beach Towels That’ll Add Even More Style To Your...

In Iowa, Hillary Shows She's Learned Something About Running While Female