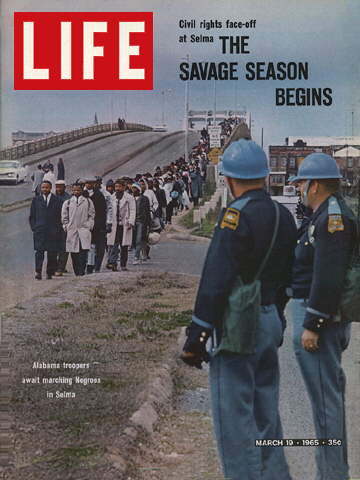 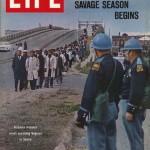 Among the things for which I’m most grateful to my parents is my fascination with current events, and my vivid connection with the historical occasions that have occurred in my lifetime. This started when I was a very small boy and my mother set up our new television set in the family room while she ironed. In my playpen I would be mesmerized by the Dorsey Brothers, Arthur Godfrey, Miss Frances (“Ding Dong School”) Kate Smith and other entertainers of the early ’50s. However, what I remember watching most vividly were the Army-McCarthy hearings in the spring of 1954. My mother and…

Among the things for which I’m most grateful to my parents is my fascination with current events, and my vivid connection with the historical occasions that have occurred in my lifetime. This started when I was a very small boy and my mother set up our new television set in the family room while she ironed. In my playpen I would be mesmerized by the Dorsey Brothers, Arthur Godfrey, Miss Frances (“Ding Dong School”) Kate Smith and other entertainers of the early ’50s. However, what I remember watching most vividly were the Army-McCarthy hearings in the spring of 1954.

My mother and father were Eisenhower Republicans, but they had no affinity for extremists, and they thought that Sen. Joe McCarthy of Wisconsin was dangerous and out of control. So virtually from the cradle I was swept up in the political winds of the time, and I’ve been navigating them ever since.

I recall all of this now because we are approaching the 50th anniversary of the Selma to Montgomery march — a historical event that is as vivid in my memory as if it had occurred yesterday. Thanks to television, the entire civil rights era is part of my personal history, even though my middle class white family never participated in a demonstration. But we were part of it all. Every American alive in the 1960s was, no matter what position you took. I am proud of my parents’ views, and how they guided me.

I recently attended a matinee of Selma, the new film by Ava DuVernay about Dr. Martin Luther King Jr.’s leadership in the voting rights effort in Alabama in the winter of 1965. Ms. DuVernay caught it all, including the scenes of horrified white families across the nation watching the brutality of Alabama police wielding clubs, bullwhips, ax handles and teargas to beat back peaceful black demonstrators attempting to cross the Edmund Pettus bridge in Selma. In March 1965, I put a map of Alabama on the bulletin board in my bedroom and pressed pins into the spots where the freedom marchers stood. Then on that Sunday afternoon, when they were scattered like so many cats, I pulled the pins out, one by one, and placed every pin in Selma. Downtown.

Segregation never made sense to me. In the 1950s, my family traveled through the South several times, almost always by car or train, and the designation of separate public accommodations for whites and blacks seemed unfair and downright stupid. A couple of occasions I recall vividly: In 1956, when I was five, our family drove to visit my aunt, uncle and cousins who had moved to Mobile, Alabama. Once we reached the “Heart of Dixie,” as Alabama’s license plates used to describe the state, even a five year old stopping at a rest room or at a Stuckey’s could see that there were duplicates of most things. Two drinking fountains. Two sets of rest rooms. Even at one Stuckey’s two sets of rest rooms and two sets of snack bars. Already puzzled, then outraged, by inequalithy, I decided that I would drink from the “colored” fountain. I marched up to it, and stood on tiptoe to get a cool sip. I don’t remember how my parents drew me away from it, but they did after I had a long drink, and I recall the steely eyes of people hanging around the cash register watching it all. Why on earth did it matter that this little boy from way up north in Louisville had a sip of water from this fountain?

The next summer, we went to New Orleans for a few days and had room service in our hotel, the beautiful Monteleone in the French Quarter. The waiters set up a table with linens in the room, and I innocently asked my mother why all the waiters in New Orleans were black. I was whisked into the next room in the suite and gently but firmly told that it embarrassed the waiters for me to notice their race, and that I wasn’t to mention it. I felt a deep shame and have never forgotten it. But I think that much of that shame was a reflection of my basic sense of unfairness. Why should I be served, and why should they serve me?

Little children see things more clearly than their elders. They always have, and I expect they always will. Let us move forward through the ’50s. My family witnessed the integration of Little Rock schools on television, and watched with pleasure when President Eisenhower ordered troops to keep the students safe. Dr. King came to Louisville and was interviewed by WHAS’ top personality of the time, Phyllis Knight, on her daily program, “Small Talk.” My mother insisted I sit in front of the television and listen to him. “He is a great man,” she said. And indeed he was. I can still hear the cadence of his voice, remember the clarity of his eyes, and see the gentle movement of his lips.

My experience must have been much the same as other kids in those days. Fortunately, Louisville was a more tolerant city racially than other places further south. We had two newspapers — The Courier-Journal and The Louisville Times — that preached integration and equality, and by the time I was ten or so, I was reading them both every day. Nothing captured my attention more than the vivid, liberal editorial cartoons by Hugh Haynie. I still believe that his cartoons on race were the best of the time, and were crucial in the nation’s change of heart. But the ugliness was all around me.

So now we come to 1965. We had gone through the Kennedy Assassination. We had seen the Vietnam War explode. The Civil Rights Act of 1964 was passed, with strong Republican Party support (they were still the party of Lincoln), and right wing candidate Barry Goldwater was buried in an historic landslide. It seemed as if the tide truly had turned, and that justice in its most fundamental sense, would be achieved.

In 1965 I was a freshman at Seneca High School in Louisville, taking difficult advance-course subjects like Earth Science, English and French. I was still diminutive and a terrible athlete, although I was finding my way as a runner on the track. To this day, I thank the newspapers of Louisville, TV stations like WHAS, the networks of ABC, NBC and most of all CBS, the Sunday New York Times (we could receive it two days late at Readmore Card Shop in Fourth Street – the daily Times wouldn’t be available except by mail until 1979), and the sumptuous national magazines (Time, Newsweek, Look, Life and The Saturday Evening Post) for bringing the world into my home and my consciousness.

Just a couple events of that winter and spring, 50 years ago, clearly remain in my mind. The first was the struggle over voting rights. I firmly believed that every American had a right to vote and it didn’t make any difference if you were black, white, or any other color. I believed it was wrong for the white people to think they were superior to the black people, or the Asians or the Germans (we still had a bit of that left over from World War II). It really doesn’t matter what I, a rather nerdy early teenager in Louisville, Ky., believed. The nation was changing, and fortunately, they were believing it too.

Dr. King was not a perfect man, and like other great people (President Obama, Eleanor Roosevelt, FDR, John F. Kennedy, Hillary Clinton, Abraham Lincoln, etc.) he had his flaws. But he also had a dream. A perfectly normal dream: That every little child born in this country should have a right to the same opportunities as every other little child born in this country. That was what my parents taught me, and I firmly believed it. I think that it is what Dr. King’s parents taught him. And what he and Coretta Scott King told their children. That is what I taught my own children.

The days and weeks of early 1965 were truly astonishing. The Alabama police, whose behavior were no less brutal than the Cossacks of Tsarist Russia, were televised for all to see. And their heinous acts were repudiated. They were greeted with screams, tears and covered eyes, in my family’s kitchen with pink appliances and Betty Crocker cookbooks, and in the homes of Senators and Congressmen and leaders all across the country. And all of the rest of the people who had pink appliances and Betty Crocker cookbooks.

This, I think, is the backdrop of Selma. No, my parents never marched or protested. I was pulled away from a “colored” drinking fountain and told not to question the segregated conduct of waiters in the Old South. We stopped eating at the Blue Boar downtown because of the demonstrations, but we faithfully patronized the branches at Gardiner Lane and The Mall, because they were convenient. No demonstrations there.

Convenience. The older I grow, the more I think that prejudice of all varieties survives because of convenience. It isn’t always painless to deal with bigotry, or neglect, or abuse. It isn’t pleasant to watch four darling little girls, full of joy, walk down the stairs of their church on their way to Sunday School, only to be blown into pieces in 1963.

No, it’s shocking. Stunning to our core. And that is why Selma must be required viewing for everyone, and why the events 50 years ago must be studied, relived, and remembered. For many of you, it’s not part of your past. For me, and my generation, it certainly is our past. And it is our present, and the future we must work to change.

How Selma Changed My Life

One Tweet Shows The Hypocrisy Of The Media’s Reaction To Riots...

Black Lives Matter is Under Attack

Trump’s Secret Plan to Win the Presidency: Pitting Minorities Against One...