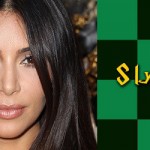 Malfoy is back. Scared, Potter? Image: Giphy Some know him as Hogwarts bad boy Draco Malfoy. Hermione Granger knows him as a “foul, loathsome, evil, little cockroach.” In real life, however, he’s actor Tom Felton. Since the last “Harry Potter” movie hit theaters in 2011, Felton has appeared in various projects, including “Rise of the Planet of the Apes,” “The Apparition” and recently coming to TV in “Murder in the First.” Now, you can see the actor as bombardier Tony Pastula in the upcoming film “Against the Sun.” The movie tells the true story of three World War II pilots whose plane crash landed in the South Pacific. They had nothing except a small raft, each other and thousands of …

Malfoy is back. Scared, Potter?

Some know him as Hogwarts bad boy Draco Malfoy. Hermione Granger knows him as a “foul, loathsome, evil, little cockroach.” In real life, however, he’s actor Tom Felton. Since the last “Harry Potter” movie hit theaters in 2011, Felton has appeared in various projects, including “Rise of the Planet of the Apes,” “The Apparition” and recently coming to TV in “Murder in the First.” Now, you can see the actor as bombardier Tony Pastula in the upcoming film “Against the Sun.”

The movie tells the true story of three World War II pilots whose plane crash landed in the South Pacific. They had nothing except a small raft, each other and thousands of miles to civilization. Felton recently spoke with HuffPost Entertainment about the role, his time at Hogwarts and even which wizarding houses some famous faces might be sorted into:

How do you think you’d do in a real survival situation?
Oh my lord, I’d be awful. I mean, the three of us, everyday on set, between Jake Abel, Garret Dillahunt and I, thought how did they do this? Bear in mind, we are on a very strict diet. We had to lose a lot of weight for the job. So just to even imagine what it would’ve been like for these guys to have nothing. It was a real reminder that although we were struggling in our own realm, we had nothing to complain about at all.

Wow, so you couldn’t eat candy or anything?
I didn’t quite understand the diet at first. When they said, you know, you have to eat every two hours, and it has to be just X-amount and Y of this. I had to have daily searches in my hotel to make sure I wasn’t smuggling away treats and chips.

What was the best thing about growing up at Hogwarts?
Oh, I mean, where do you start? It’s a hell of a lot more interesting that normal school. I actually went back and forth during my time there from my real secondary school back to Hogwarts, and pretty much everything about Hogwarts is better. I mean, the wardrobe for one. The robes had huge pockets, so I managed to stuff them with candy and chocolate and chips, and, in fact, come the fourth film they sewed the pockets up for most of the cast thanks to me leaving chocolate in there and melting it. So I have sort of a reputation for that.

And yeah, still actually as we speak, I’m wearing a pair of Slytherin socks. So yeah, I’m definitely not forgetting about where I came from anytime soon.

I have a list of celebs. Think you can sort them in Hogwarts Houses?
Okay, I’ll do my best.

1. Kim Kardashian
Slytherin. For sure.

2. Justin Bieber
Ah, wow. I can see a trend coming here. He’s gonna have to join me in Slytherin as well. He’s a bit of a bad boy.

5. Kanye West
Hufflepuff. Definitely. He confuses me a bit, but that’s the house I’d go with.

7. Harry Styles
He seems like a cool guy. I’ve met him a few times. He’s very sweet. Let’s stick him in Gryffindor I think.

J.K. Rowling said she was “unnerved” by young girls being attracted to Malfoy. What do you think about that?
I think it must be an allure for the bad boy. I think people actually hated him for a lot longer. He was the victim in “Half-Blood Prince.” That kind of maybe changed people’s perceptions about him, gave him a little bit of sympathy. I thought a lot of people liked the black suit. It maybe has something to do with his dapper wardrobe. But yeah I think it’s just everyone loves the bad boy a little bit I guess.

Have you ever taken a “Harry Potter” character quiz? If so, who did you get?
You know what I did. I’m sure it was someone that I did not want to be at all. Not a bit. Filch for some reason. I’m definitely not taking the Pottermore quiz anytime soon for the sorting hat because I’m just too terrified that I’d end up in Gryffindor or something like that. I’m just proclaiming that I’m a Slytherin and that’s the end of it. [Ed. note: For the record, Felton’s worst nightmare recently came true.]

What was it like being punched by Emma Watson?
Uh, pretty hardcore. She’s got a mean right hook, that girl. It was originally a slap I think, so I said, “Let’s test it out now. Give me a slap and try to work on it,” meaning give me a screen slap, a fake slap. But she actually smacked me on the face pretty hard, and I walked away from that rather listening impaired with my tail tucked between my legs.

What was your favorite line?
The one the fans seems to come back with is, “My father will hear about this.” They like that one. Anything with the word “Potter” in it. The one about the hippogriff, “Bloody pigeon,” I believe is a fun one. I like that.

Was it weird adjusting to Muggle life after the movies?
Not so much immediately. I really honestly thought that the “Harry Potter” flame would die after the film stuff. So it’s just seemingly getting more and more popular as the years are going on. And it doesn’t seem like fans are tiring of it anytime soon. It’s fantastic.

What was your favorite moment from filming?
It really is impossible to pick one. I met my girlfriend of seven years on the set at the Great Hall. She was playing an extra one day. So that’s pretty special. That, and I’d say getting to have a good wand fight in the bathroom with Daniel was pretty fun. We spent the day in there blowing the hell out of that place, so that was a lot of fun.

“Against the Sun” opens in theaters and on nationwide VOD on Jan. 23.
This interview has been edited and condensed.

Lyft, Social Change Fund and HBCU Heroes partner to get students to polls on...

Pandemic hasn’t kept some HBCU bands off the field Florida A&M Marching 100 is...

Human Rights Fighter - October 21, 2020 0
The pageantry of bands at historically Black colleges and universities (HBCUs) — the fifth-quarter band battles, the dancers and the halftime shows — are...

Bella Thorne Opens Up About That Controversial Zendaya Hair Comment

What Makes a Mistress Likable: Race and Infidelity on Television