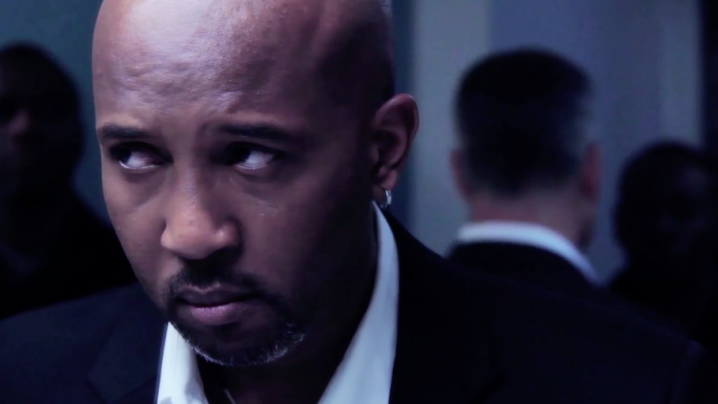 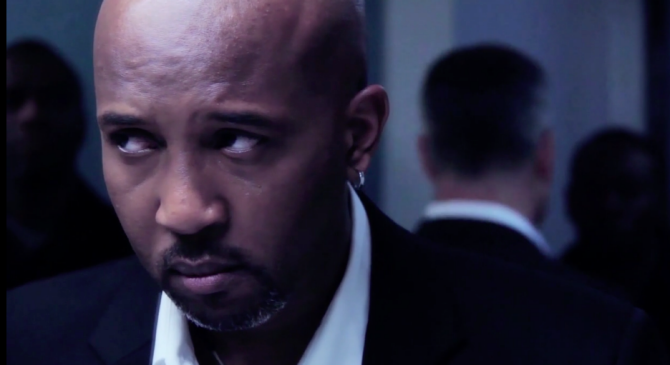 Scott Evans in a scene from his short film, TroubleMan

Editor’s note: This short-film series is a collaboration between The Root and El Rey Network to support, elevate and promote African-American filmmakers throughout Black History Month via on-air, digital and editorial platforms. Filmmakers were contacted and recruited through film festivals and industry partnerships in December, with finalists selected by both El Rey Network and The Root based on quality, subject matter and suitability for broadcast and digital exhibition. These talented filmmakers represent the front line in improving diversity of participation and cultural representation in entertainment. Both The Root and El Rey Network are honored to showcase their works and stories.

Scott Evans was first inspired to pursue filmmaking after seeing Star Wars, but his superb short film, TroubleMan­—which he wrote, produced and stars in as the title character—takes place entirely on earth. It’s the story of a hit man looking to get out, and, of course, facing resistance. In contrast to his main character, who is on the inside trying to get out, Walker has spent much of his career on the outside trying to get in. He spoke to The Root via email about the struggles.

The Root: What inspired you to get into filmmaking?  What have been the biggest obstacles so far?

Scott Evans: I’ve wanted to make films since I saw Star Wars as a child. I’ve always had an overactive imagination and love creating characters and telling stories. My biggest obstacle has, of course, been limited resources. Money is always an issue.

I was born in East St Louis, Ill. I knew at the age of 10 that I wanted to be a filmmaker. This is post-Blaxploitation and pre-Spike Lee/Robert Townsend, plus I lived in the Midwest, so the outlets to learn the craft weren’t really available to me. Instead, I got into theater and focused on acting. That was going nowhere fast, so I dropped out of college, moved to Dallas and dove into the workforce. After a year or two of that, I went back to school, taking video-production classes at the Art Institute of Dallas.

A job opportunity as a news video editor in my hometown opened up, so I moved back and took the gig. Four years in, and that restlessness you get when you’re getting older and not pursuing your dreams surfaced. In 2000, a freelance editing gig in Los Angeles came up and I basically jumped at the chance.  It was still in news, but it was L.A., home of the industry. I moved out here with the dream of being the next action star. Well … that obviously never happened. But I’m in the game.

SE: I’ve always loved action films, especially action films that have elements of espionage or revenge. I also love Blaxploitation films. For all of their weaknesses, those movies had strong black heroes. TroubleMan is sort of a response to that. He’s a skilled individual with a murky past who’s ready to retire. But forces from his past won’t let him.

I love Ivan Dixon’s film [the 1972 movie, Trouble Man]. I even have an old paperback adaptation of it. When I brought the script to my director and fight choreographer Brandon Dellums, we talked at length about Dixon’s original film. My film is only a loose homage to that piece though. His Trouble Man is a private eye and fixer. My TroubleMan is an ex-military/spy type. They are both highly skilled and respected by friend and foe alike, but that’s where the similarities end. My character’s backstory is that he took the name “T” because he was influenced by the film and soundtrack as a child, so I guess it’s semi-autobiographical.

TR: What are your hopes for TroubleMan?

SE: Ideally, I’d like to see TroubleMan turned into a feature film and maybe a franchise as well.

TR: What are your future plans?

SE: More creating! I’m rewriting TroubleMan as a longer short film in hopes of getting investors interested in turning it into a feature. I’m also working on a superhero series that I co-created called CV Nation.
Watch TroubleMan:

Also on The Root: Read more about other films in the series: Hott Damned.

North Carolina A&T’s Jah-Maine Martin is working and waiting for the...

The Elusive ‘Golden Age’ in Public Education. Hint: It Has Never...