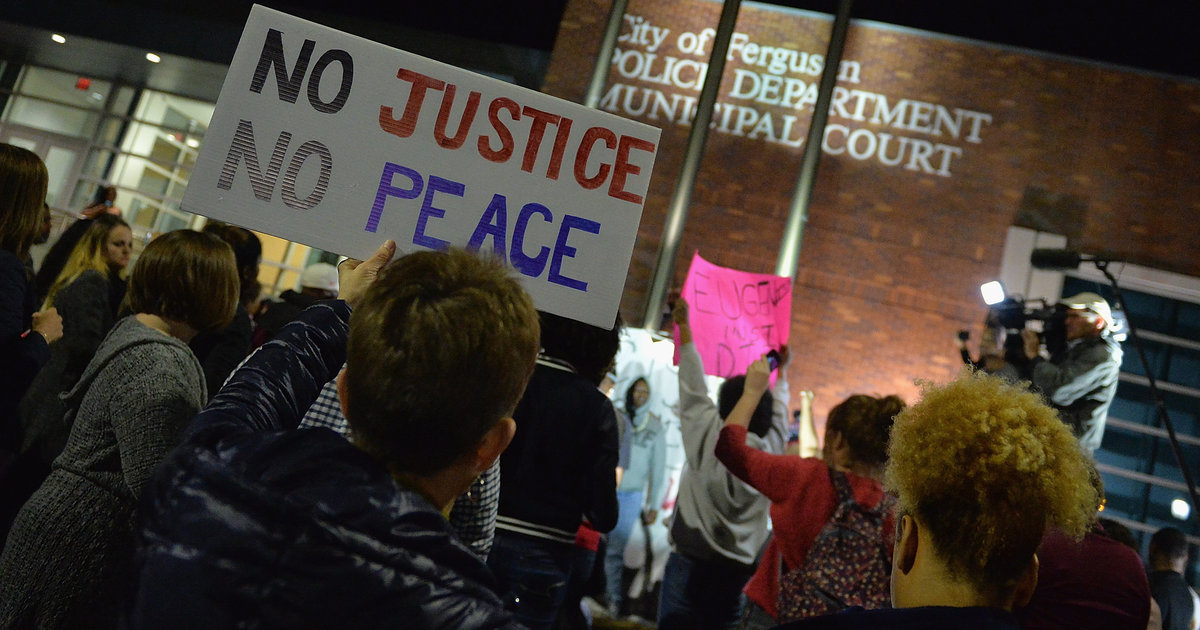 WASHINGTON — The Justice Department filed a civil rights lawsuit against the city of Ferguson, Missouri, on Wednesday in an effort to end what it described as patterns of constitutional violations by the city’s police department and municipal court.

The decision comes one day after Ferguson rejected a negotiated deal that would have set the St. Louis suburb on a path toward reforming its police department.

The original deal was arranged over 11 months after the Justice Department’s Civil Rights Division released a damning report last March chronicling routine patterns of constitutional abuses in the city, where an overwhelmingly white police force preyed on black residents who many officers saw “less as constituents to be protected than as potential offenders and sources of revenue.”

The report depicted a corrupt local government, in which the police department and municipal court “worked in concert to maximize revenue at every stage of the enforcement process” for several years. The Justice Department also released troubling emails from Ferguson officials that referred to President Barack Obama as a “chimpanzee” and African-Americans as having “no frigging clue who their Daddies are.”

The negotiated deal would have required several progressive changes, including pushing police to practice de-escalation tactics without using force, mandating extensive training for officers and making city officials engage with minority groups that have had negative experiences with the police department.

At a Ferguson City Council meeting on Tuesday night, all six council members voted to accept the deal only under “certain conditions,” meaning they were asking for changes. They wanted different deadlines and fees from those set forth in the original bargain. They also asked to remove a key line that would have mandated higher pay for police officers in the city, which officials have maintained the city cannot afford. The council members also wanted a provision removed that would have made the entire deal void if the city decided to contract with another law enforcement agency for policing services.

Ferguson officials had hoped to further negotiate the deal with the DOJ, but knew a lawsuit was a possibility.

“We do believe these conditions maintain the spirit and integrity of the consent decree and allow the city to move forward,” Councilman Wesley Bell said of the city’s requests at a press conference in Ferguson on Wednesday.

Bell, an attorney who helped negotiate the original deal, proposed the conditions that the council adopted unanimously. He suggested the amendments were necessary for Ferguson to continue to function after the enforcement of the consent decree.

Bell is a seasoned operator in local Missouri politics. He serves as prosecutor in Riverview, judge in Velda City and city attorney in Wellston. He was central to Wellston contracting for police services with the newly formed North County Police Cooperative, which is unaccredited.

Lynch said at a press conference at DOJ headquarters that the department couldn’t simply allow Ferguson to get out of the agreement by contracting with another law enforcement agency, as the city wanted to be able to do.

“To allow the city to simply evade the terms of an agreement carefully negotiated and presumably agreed to by simply transferring control of the police department to another state entity was simply unconscionable to us,” Lynch said in response to a question from The Huffington Post. She described the lawsuit as a reflection of Ferguson’s “choice” to continue this process in federal court.

The 60-page DOJ lawsuit lists Ferguson some officials who had been involved in unconstitutional activity. Though it doesn’t name him specifically, the lawsuit also refers to an action taken by former Ferguson Police Officer Darren Wilson, who shot and killed Michael Brown in 2014.

In 2013, Wilson was recorded telling a resident “If you want to take a picture of me one more time, I’m going to lock your ass up,” and then falsely telling the citizen that he did not have the right to record. He arrested the resident on a failure to comply charge.

Chris King of The St. Louis American contributed to this story, as did Mariah Stewart.

Where Is the Love?

COP21 Attendees Reveal What Scares Them Most About Climate Change