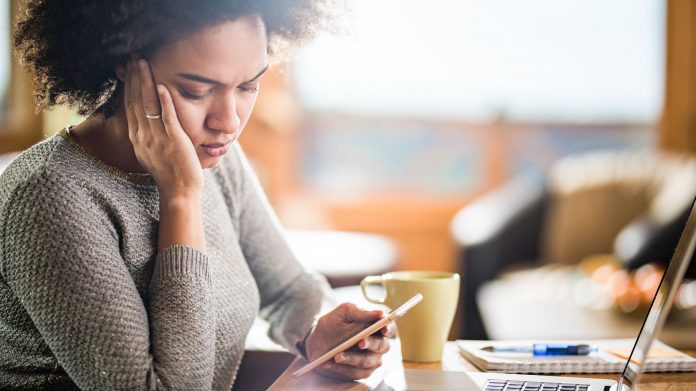 As far as days of the week go, Monday arguably has the fewest fans.

Multiple studies suggest that people’s moods are typically at their lowest on Mondays. The day is the subject of a number of songs with rather melancholy sentiments, including “Monday, Monday” by the Mamas & the Papas, “Rainy Days and Mondays” by the Carpenters, “I Don’t Like Mondays” by the Boomtown Rats and “Manic Monday” by the Bangles.

But what exactly makes Mondays so psychologically hard? HuffPost asked mental health experts to break down the different reasons. And while these explanations don’t apply to everyone, one or more may resonate if you’re a strong Monday-hater.

Your body’s natural rhythm is messed up.

There are physiological factors involving the body’s natural cycle that help explain why Mondays can feel so rough, particularly for those of us who follow traditional Monday-to-Friday workweeks. The main issue is that we tend to abide by a different sleep schedule during the weekend compared to the rest of the week.

“Getting extra sleep on the weekends is a good thing, but changing sleep patterns every five to six days can disrupt the body’s natural rhythms,” said Sanam Hafeez, a neuropsychologist in New York. “So even if you get a good night’s rest on Sunday night, you might still feel sleepy on Monday. When we’re tired, we’re more easily irritable, impatient and displeased than normal.”

For many people, the weekend is actually more tiring and draining than they imagine.

“People like to think of weekends as a time of rest and rejuvenation, where in reality, many of us cram as much in as possible ― eating and drinking too much and going to sleep later than usual,” said Meg Gitlin, a psychotherapist and the voice behind City Therapist, a therapy insight Instagram account. “They may use the weekend to catch up with family and friends, which while nice, requires emotional and logistical energy. Therefore, on Mondays we are more tired than we’d like to be, which is directly correlated to low mood.”

You’ve lost a sense of freedom.

“The most common reason people find Mondays so difficult is that it follows two days of freedom and enjoyment,” Hafeez said. “Even if weekends are still a busy time, there are plenty of moments (e.g. waking up later, going out for lunch) to relax. This massive emotional shift can make Mondays really dreadful and difficult for some.”

On Monday, many people grieve the loss of the weekend and the carefree feelings that accompany those days. It’s psychologically difficult to transition away from leisure and personal time back into obligations and a routine of responsibility ― especially because you don’t have any control over this natural passing of time and thus don’t have a say in the matter.

“When Monday rolls around, many people feel a sense of disappointment and dread about having to return to their responsibilities rather than spending time how they choose to spend it,” said Becky Stuempfig, a licensed marriage and family therapist based in Encinitas, California. “It may feel like a loss of independence and control because other people are determining how you spend your time.”

In 2020, Monday also involves resuming the school week, which for many families means the extra stress of navigating virtual learning, Stuempfig added.

You don’t love your job.

Another common reason for dreading Monday is disliking your job or finding it particularly stressful. You may even feel a bodily response in the form of adrenaline.

“Whether it’s a demanding boss or unfriendly co-workers, feelings of anxiety and depression can begin on Sunday evening, making it hard to take satisfaction in going to work on a Monday,” Hafeez said.

Even if you enjoy your job, additional stressors can make it more challenging, such as the COVID-19 pandemic for health care workers and educators and general employment insecurity amid the economic downturn.

Feeling misaligned in your purpose at work can also make Mondays difficult, as you’re reminded of this sense of aimlessness, Gitlin said.

“However, I think it’s important to note that even if you are passionate about your job, it’s not only normal to have negative associations with Mondays ― it’s also human,” she added. “Once you accept that every job (even the very best ones) will have inherent struggles, you can ‘point your skis down the mountain’ and move with the stress, not against it.”

You didn’t prepare for the day.

Another reason why Mondays can be especially hard for some people is that they may not have prepared for the start of the week. This can include emotional and logistical preparation.

“Mondays can feel extremely overwhelming for people, but many fail to realize they can be doing it to themselves,” Hafeez said. “When someone fails to prepare, they subconsciously prepare to fail. If Sunday isn’t used to organize ourselves, Mondays can be a very stressful and unbearable event. Some people may choose not to get their ducks in a row the day before simply because what they need to do isn’t enjoyable and elicits negative feelings.”

Our culture tells you to hate Mondays.

“We live in a culture where the prevailing attitude in many workplaces often involves a ‘TGIF’ attitude, and Mondays have become the common enemy,” Stuempfig said.

She pointed to pop culture influences, such as the 1999 dark comedy movie “Office Space,” which includes the famous line, “Sounds like somebody’s got a case of the Mondays.” The phrase “became popularized and resonated with many people who work in a traditional office environment,” Stuempfig said.

Your work-life balance is poor.

For people who spend almost all of their time working, negative feelings on Monday may be the mind and body telling them to slow down and take a break.

“Sometimes, the reason why Monday is especially difficult is a lack of work-life balance,” Hafeez said. “Even if you love what you do, those who live, breathe and eat work need a break, too. Going hard all week without breaks and nothing to look forward to can wear on the mind and the body. Even if Sunday was the break, it wasn’t enough to help the person feel ready to dive into the workweek again.”

Indeed, “the Mondays” might be a sign of burnout and an indication that it’s time to reassess those long work hours to combat the mental drag.

You have social anxiety.

Struggling with Mondays can be linked to feeling anxiety about all the work on your plate, but social anxiety may also be at play. This includes anxiety about being forced to interact with others and being in an environment where you’re compared to them.

“It can also be linked to anticipation of social issues, so a low-level form of social anxiety,” said Noel McDermott, a psychotherapist based in the United Kingdom. “As social animals, having a break from one main source of social status (work) leads to a buildup of anxiety. On a Sunday evening, we can begin to ruminate on that.”

Transitions are hard for you.

The sense of change that Mondays bring is one reason why John Mayer, a clinical psychologist in Chicago, calls them “Moandays.”

“Moandays involve transitions, and people get anxious before, after and during transitions,” Mayer said. “This is because transitions always involve facing the unknown. Mondays — the start of the new work or school week — brings a host of unknowns that we have to face.”

People with challenging life circumstances can also have more reason to feel anxious about transitions.

“For children of divorced parents, many times they need to switch houses on Mondays and those transitions can be hard for both the kids and parents,” Stuempfig said. “For people in long-distance relationships, Mondays can represent saying goodbye to their partner until the coming weekend, and that can feel very depressing.”

You’re looking ahead at an unknown week.

On Monday, you have the full week ahead of you and may be anticipating the stressors it may bring.

“By the time Wednesday rolls around, you are moving and grooving and feel confident in your ability to get through any challenges that may arise. You have two days under your belt by then, and feel in the swing of things,” Gitlin said.

“But on Mondays, your belief in your ability to weather the storm may be wavering and the stress of the workweek is looming,” she continued. “Add to this fatigue, and it makes sense that you would really struggle to believe in your ability to ‘survive the week.’ By the time Thursday rolls around, your attention is already on the weekend and the associated positive thoughts.”

Stuempfig believes this sense of the looming workweek is particularly difficult because we live in a rewards-driven culture. Rather than finding joy and purpose in the journey, we’re focused on the destination as the reward.

“People are often focused on outward, external rewards, such as praise from their boss, a monetary raise or job promotion, rather than finding their motivation from internal sources such as pride in a thorough job, small personal goals that they set for themselves, finding meaning in their work or simply doing their personal best as opposed to competing to be the best,” she said. ”With so much emphasis on external rewards from a job, for example, the daily grind on Mondays can feel particularly lacking in joy. ”

You live for the weekend.

For someone who sees their weekend experience as all that matters, Monday may quite literally feel like the end of what Hafeez considers to be your “true life.”

“If Monday feels like shutting the door on 48 hours of freedom, it might indicate that someone is leading a double life,” Hafeez said. “Paying the bills and going to work is one life, and what you do on the weekends for personal enjoyment is another life. Someone who lives their life in this mindset will always struggle on a Monday unless they find a way to merge the two.”

6 Useful Tips For Anyone Grieving Their Pre-Pandemic Life

Is It Possible To Get COVID-19 And The Flu At The Same Time?

Suicide Rates For Teen Boys And Girls Are Climbing

Why a Four-day Workweek is Not Good for Your Health

12 Questions To Ask Yourself Before Attending In-Person Thanksgiving