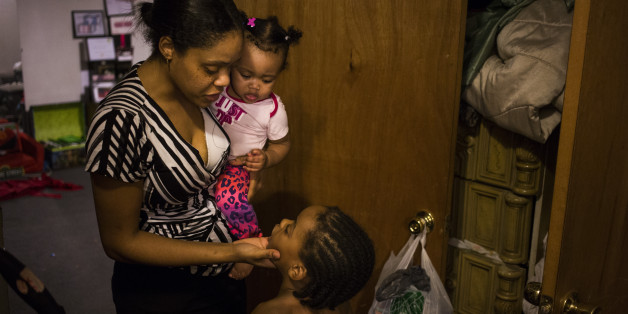 America could change the situation in Flint practically overnight if it wanted to.

In the weeks since news first broke that Flint’s tap water was contaminated with lead, America has expressed a great deal of sympathy for the city, but little commitment has been made to actually fixing the problem. From my experience in the military, I know that America has the capacity to quickly turn the situation in Flint around and relieve the suffering of our fellow citizens.

While I was in the Air Force, I witnessed the military’s ability to deploy large numbers of troops to austere locations in a short amount of time, sending special engineering teams with tons of equipment and cargo ahead of them to setup livable bases complete with barracks and operation centers outfitted with working water and plumbing systems. These special engineering teams are experts at making unlivable situations not just livable, but in most cases relatively comfortable for deploying troops.

The Army and Navy have similar specialized civil engineering teams and capabilities. Very quickly and easily our armed forces could be deployed to Flint on a humanitarian mission to at least temporarily relieve our fellow Americans of the hardships created by lack of access to clean water.

I have witnessed the Air Force’s ability to setup semi-permanent trailer like facilities that provide a place for people to safely and comfortably bathe. The service is in possession of mobile industrial-grade water treatment systems that can provide a steady source of pressurized clean water to homes, if not entire neighborhoods.

Verily, our nation’s military is by far the most resourced military in the world and has unmatched capability to not only fight, but to provide all the provisions necessary to sustain life for large numbers of people almost indefinitely.

Of course, it is unreasonable to believe that our military should be tapped to provide a long-term solution to the suffering in Flint. However, it is reasonable to tap our armed forces to provide relief long enough for leaders to develop and execute a long-term plan to repair the city’s infrastructure and restore clean water to each and every home.

Why hasn’t America done this? My question is rhetorical, of course.

Our fellow Americans in Flint deserve the full support of our government and their countrymen. This country has the resources and capability to do it. We have the obligation to do it.

The only question is, do we have the will?

New Program Seeks To Make Democrats’ Campaigns As Diverse As Their...

2 Injured In Shooting Outside J. Cole Concert In New Jersey