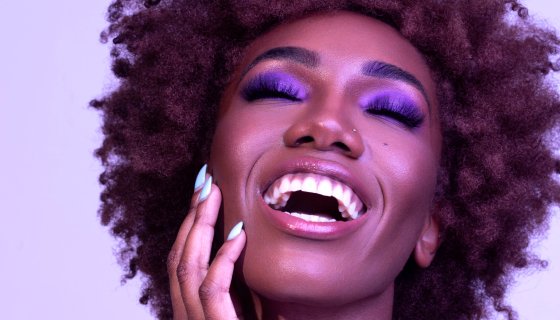 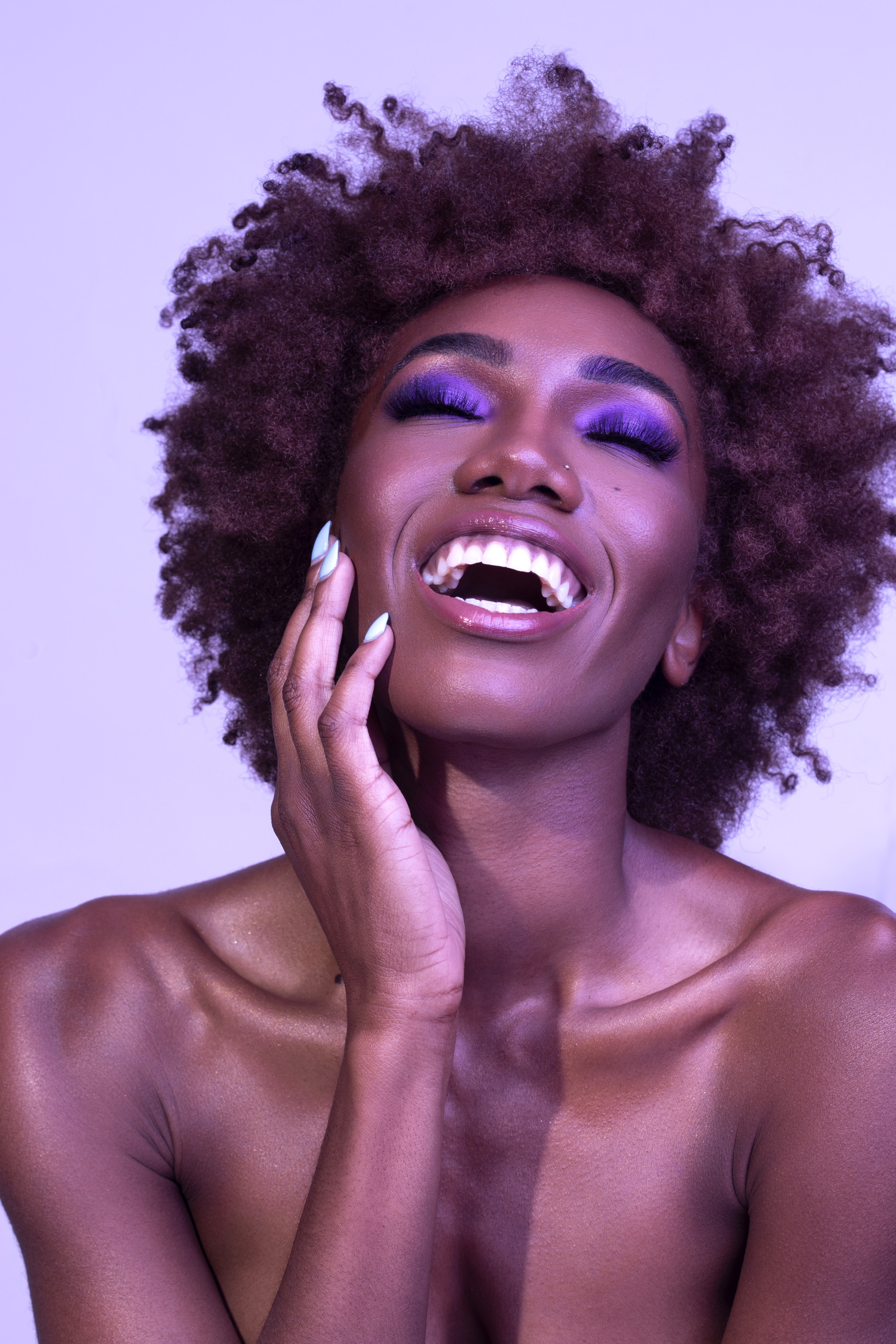 Claim To Fame: Presston has appeared in Toronto Fashion Week.

Anneka Presston began modeling when a local Toronto designer asked her to help showcase her line as a teenager. “That’s when more people started to see me and actually want me to model for them as well,” she told HelloBeautiful.  Friends encouraged her to try modeling since she was a child but she refused.

Even as designers sought her out, she was unsure about taking modeling further. “I still wasn’t that secure in myself,” she said. Presston chose not to seek professional modeling jobs but still played with the camera on her own time. She experimented with friends appearing in snaps that would fill their photography portfolios.“I was still like iffy about taking modeling seriously, but I really did love it,” she said. “I loved being in front of the camera.”

Some of those unintentional practice images ended up in her book when she realized she wanted the chance to pose on a bigger platform. “I started to take it seriously,” she said. She looked for work while studying at Humber College. “I was basically just still building my portfolio,” she continued. “I was just trying, honestly, I was kind of lost at those times. I was still young.”

Presston used digital resources to clear her path. “I used this website called model mayhem and I was actually just posting on there regularly. So then I started to get more stuff through there,” she said. She secured a non-exclusive modeling contract with an agency that permits her to capitalize on other opportunities through an online submission. She also built relationships with a modeling troupe. “I was actually with this small group model group called 6:00 PM,” she said. This helped her book additional gigs including runway shows. “I’ve done Toronto Fashion Week. I’ve also done African Fashion Week,” she said. “I’ve done New York Fashion Week.” Like many other working models she arrived in New York during fashion month with no guarantee she would ever grace anyone’s runway.

“It was kind of like a risk, I suppose, because even though like, I didn’t know for sure that I would be selected for anything. I just took the chance and I was just like, you know what, it’s New York Fashion Week, let me just go down to New York.”

When the risk proved successful she had to adapt to runway modeling quickly. “There’s a lot of quick changes and you don’t really have time,” she explained.

New York gave Presston experience but it was African Fashion Week that helped propel her career. “It’s honestly got me a lot of publicity,” she said. “A lot of designers see me as on there, on the platform, and want to work with me. There’s also international designers that come in and I work with them as well. So yeah, it’s gotten me work.” She hopes the annual event can reach as far as its counterparts in cities like New York, Milan, and Paris in the future. “I just feel like with African fashion week, I feel like it’s very expressive. There’s a lot of talented designers,” she said. She’d like to see the fashion industry embrace Toronto as well. “There’s a lot of talent in Toronto,” she said. “I just feel like it’s just not being pushed out there as much because Canada is not that country where it’s the fashion capital like New York or even nowadays LA, but I feel like there’s a lot, tons of designers. I feel like you could really go far with proper promotion.”

The recent rise in remote work has allowed her to attend castings virtually and grow her professional network at a faster rate than ever before. Presston takes a global approach to her philanthropic work as well. She and her late mother funded charitable initiatives in their homeland of Jamaica, and Toronto. They provided food, backpacks, school supplies, clothing and other necessities to those in need. Today, she carries on that legacy in her mother’s memory.

“I honestly love to help people,” she said. “I love to help. And, I’m just, I’m just grateful, you know, like I’ve been blessed. We all go through hard times. Right. But when I look back and I’m just like, it could be worse, you know? I know people going through worse and like, sometimes we may complain, complain, complain, and it’s like, why are we complaining? Like there’s people who have nothing. There’s people who are starving out there and we’re so lucky to even have food.”

She plans to establish a beauty business to expand her mother’s legacy in a new way next. “I’m definitely dipping into the entrepreneurship world,” she said. “I’ve always wanted to be my own boss lady.”

MODEL MONDAY: Ashley Stuart Turned A Breakup Into A Come Up 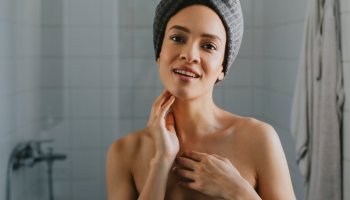