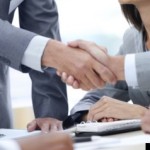 By Melaina Juntti for Men’s Journal How many times have you heard you should get a flu shot? There’s good reason for the hype: Over the past few years, the influenza vaccine has prevented millions of flu cases and tens of thousands of related hospitalizations, according to Centers for Disease Control and Prevention. Although an increasing number of people are getting vaccinated every year, more than half of American men still aren’t doing it, for a variety of reasons, most of which aren’t backed by science. “Men have this macho sense that if they do get the flu, they can tough it out,” …

By Melaina Juntti for Men’s Journal

How many times have you heard you should get a flu shot? There’s good reason for the hype: Over the past few years, the influenza vaccine has prevented millions of flu cases and tens of thousands of related hospitalizations, according to Centers for Disease Control and Prevention.

Although an increasing number of people are getting vaccinated every year, more than half of American men still aren’t doing it, for a variety of reasons, most of which aren’t backed by science. “Men have this macho sense that if they do get the flu, they can tough it out,” says William Schaffner, M.D., chair of the Department of Preventive Medicine at Vanderbilt University. “But influenza is a potentially dangerous virus that can send a totally healthy young man to the emergency room within 48 hours. I’ve seen my fair share of 26-year-olds with no underlying illness who suddenly can’t breathe, have a high fever, and must be put in the intensive care unit.” Even if it doesn’t get that grave, the flu can knock you out of commission for days or even weeks.

The vaccine isn’t perfect, and it doesn’t guarantee 100 percent that you won’t get influenza, but experts agree that it’s far and away your best bet for bucking the flu. If you’re still not convinced, here are 10 more reasons why you should get vaccinated.

According to Harvard School of Public Health, 20 to 30 percent of people who carry the influenza virus never experience flulike symptoms. Yet it’s still contagious. “Young, healthy people especially need to get vaccinated because they often get infected and never know it,” Schaffner says. “Either their symptoms are mild or they have none at all, so they’re out there inadvertently spreading the virus to others — girlfriends, coworkers, even people at gym.” If any of those people have a weaker immune system than you — or if they’re simply not as lucky — they could get hit hard with symptoms even though you never did. “No one wants to be a flu spreader,” Schaffner says. “Get vaccinated and be a flu preventer instead.”

You Use Your Smartphone Constantly
Now that you use your smartphone to answer emails, check Fantasy stats and watch game highlights, you’re touching it constantly, holding it right up to your face and carrying it everywhere you go. Because of this, and because smartphones have hard, plastic surfaces that viruses easily cling to, experts say mobile devices are sneaky transporters of the flu. And when’s the last time you cleaned your phone? Probably not recently enough. The only real way to protect yourself from your flu-harboring device is to get vaccinated.

It’s Available Everywhere
It’s easier than ever to find a flu vaccine. Most of the major drug stores — Walgreens, CVS, Duane Reade — and even Target and many grocery stores now offer vaccination, many without requiring an appointment. So not only do you not have to see your doctor, you don’t even have to go someplace that you’re not going anyway. You should see the doc, however, if you have a serious medical condition or a severe egg allergy, because most vaccines contain a scant amount of egg protein. To find the closest place to get vaccinated, type in your zip code at flu.gov. Get on it, though, because there’s a limited number of flu vaccines available each year.

It’s Usually Painless
No one likes to get jabbed with a needle, and now you don’t even have to. You can skip the shot altogether and get the vaccine as a nasal mist instead. Schaffner says it’s just as effective as the shot for those under age 50.

“Virtually all public and private health insurance plans cover the flu vaccine,” Schaffner says. “Especially now, since the Affordable Care Act has made it so many more people get insurance. And as they move to private insurance, those plans now have to cover preventive health measures including the flu vaccine.” But even if you’re uninsured, or if your plan has a deductible and you have to pay for the vaccine out of pocket, pony up. It usually costs about $20.

It’s Can’t Give You The Flu
“The most common myth is that you can get influenza from the flu vaccine,” Schaffner says. “Give it up. That’s never been true.” Here’s what’s really going on: It takes a week or two for the vaccine to take hold in your body. So if you happen to get sick almost immediately after getting a flu shot, you were already coming down with something. The vaccine did not make you sick.

It Might Spare You A Heart Attack
It’s true. A study published in JAMA last October found that adults who’d gotten a flu shot were 36 percent less likely to suffer a heart attack or stroke within the next year than those who weren’t vaccinated. According to study author Jacob Udell, M.D., a cardiologist at the University of Toronto, influenza causes inflammation throughout your whole body, which can cause the plaque that’s built up in your arteries to dislodge and form a blood clot. Blood clots often lead to heart attack or stroke. However, if you’ve been vaccinated and you do get exposed to the flu, Udell says your body will be ready to mount an immune response to tame this inflammation before it turns deadly.

You’ll Save Sick Days
An estimated 111 million workdays are lost to the flu each year, sending $7 billion worth of productivity down the drain. Your coworkers certainly won’t want you around if you’re flulike. But even if you work from home, good luck getting anything done when you’re coughing, sneezing, sweating and shivering — all at once. And while the worst of the flu might last only a few days — if you’re lucky — you probably won’t be back at full speed for a week or more. Wouldn’t you rather keep a few sick days on hand so you can sneak away on a golf trip once spring hits?

Babies under 6 months can’t get the flu shot, yet they are way more susceptible to influenza than you are. Plus, infants and toddlers are more likely than adults to be hospitalized or even die from the flu. Even if you don’t have a baby, one of your siblings, friends or neighbors probably does. Chances are pretty good that, at some point this fall or winter, you’ll spend time with the kid — you may even have to play dad for a minute while your sister digs through the diaper bag. Don’t put the little guy or girl at risk. Get vaccinated.

No, You’re Not Padding Big Pharma’s Pockets
There has been quite a bit of speculation that Big Pharma fabricates flu-phobia in order to convince millions of Americans to shell out dough on vaccines. But the truth is the flu shot is not a big moneymaker for drug firms, says Shaffner. “And it’s definitely not the drug companies telling everyone they need a flu shot,” says Schaffner. “It’s a panel of very smart public health experts.” Bottom line: If you’re not getting vaccinated because you think you’re taking a stand against a corporate cash grab, your reasoning doesn’t hold water.

More from Men’s Journal:
10 Ways to Protect Yourself this Cold & Flu Season
How to Avoid Getting Sick
The Truth About Fighting Colds

10 Good Reasons To Get A Flu Shot

Why The Deadly Attacks Against Foreigners In South Africa Come As...