The 2021 FCS spring football season is underway and athletes, mostly from the Southwestern Athletic Conference (SWAC), will get to showcase their talents on a national stage unlike ever before.

Because of the COVID-19 pandemic, the SWAC is the only historically Black college and university (HBCU) conference playing football during the 2020-21 season. The other HBCU conferences, Mid-Eastern Athletic Conference (MEAC), the Central Intercollegiate Athletic Association and Southern Intercollegiate Athletic Conference, opted out of playing. Tennessee State, a member of the Ohio Valley Conference, is playing as well.

Stream Why Not Us: NC Central Men’s Basketball, only on ESPN+ Stream Now

We are also listing top players who aren’t playing because their teams canceled seasons or they opted not to play in order to prepare for the NFL draft.

Corey Fields got national notice when as a freshman he set a South Carolina State single-game record for touchdowns against Howard in a 62-21 victory, completing 18 of 29 passes for 333 yards and 7 touchdowns. Fields won STATS FCS Freshman of the Week for that performance. He eventually finished third in the MEAC with 15 passing touchdowns last season.

Abdul-Fatai Ibrahim finished second in the SWAC in receptions in 2019 with 59 catches for 1,004 yards and 11 touchdowns. Ibrahim was named SWAC Freshman of the Year and was recognized by HERO Sports as a Freshman All-American after having the most receiving yards by an FCS freshman. 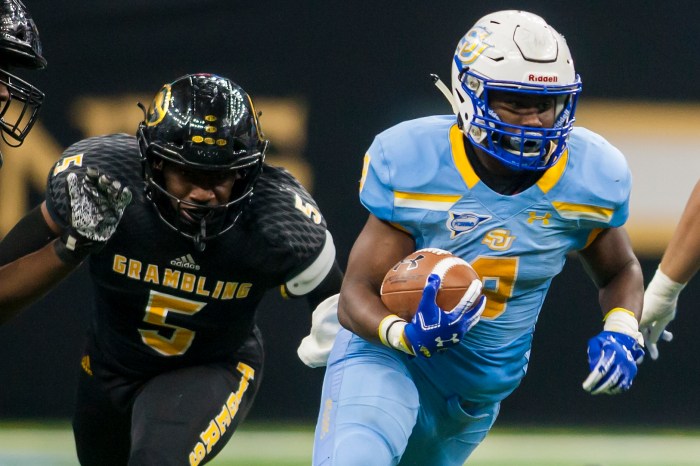 Devon Benn had 811 yards on 153 carries and 7 touchdowns in 2019, earning second-team All-SWAC honors. In 2018, Benn led the Jaguars with 782 rushing yards on 158 attempts. He is the top returning running back in the SWAC this season.

Top players who won’t be returning

Bryan Mills will not be returning for the Eagles because they canceled their spring season. He’s considered a top HBCU prospect for the 2021 NFL draft and played in the Reese’s Senior Bowl in January. As a junior, Mills tied the North Carolina Central record for interceptions in a game with three picks against Morgan State. He was voted first-team All-MEAC and ranked second in the league with 13 passes defended. Mills was a unanimous selection to the 2020 preseason All-MEAC first team. 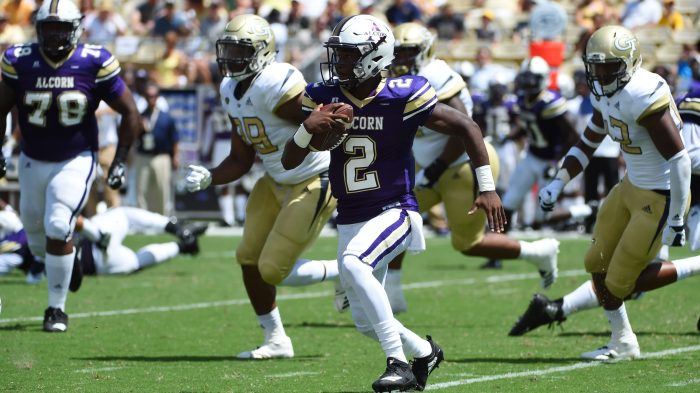 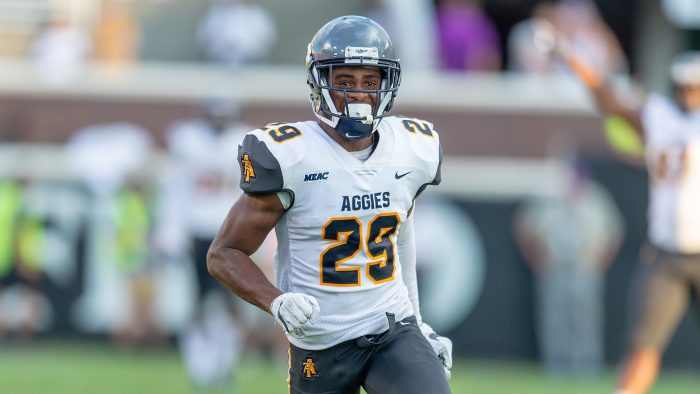 Franklin “Mac” McCain III has declared for the 2021 NFL draft. He played three seasons for the Aggies, helping them win three straight Celebration Bowls and clinch three MEAC titles. McCain was named All-Conference each season and earned multiple All-American honors. He now hopes to become the fourth North Carolina A&T player drafted to the NFL in the last five years.

Jah-Maine Martin had planned to return and play, but the Aggies canceled their season. He was coming off a sensational junior year in 2019, rushing for 1,446 yards and 23 touchdowns for 7.7 yards per carry. He had seven 100-yard games and one 200-yard game. Martin, named to multiple All-American teams, was the only player in the MEAC to rush for more than 1,000 yards in 2019.

The 10 Most Important Black Memes of All Time

Experts Say Baltimore Police Got A Lot Wrong In Responding To...

Streets Named For MLK Are Often A Punch Line, But That...