Before every game of the 2020-21 college basketball season, University of North Carolina head coach Roy Williams took the court and sat alone on the bench as he watched his team warm up.

During these moments on the sideline, Williams would kick his feet up, showing off his extensive collection of Air Jordans that he laced up throughout what ultimately became the final season of his 33-year, 903-win head-coaching career after announcing his retirement on April 1.

Last summer, as UNC prepared to play a season amid the coronavirus pandemic, Williams decided to flip the script of his traditional game attire, swapping coats, ties and dress shoes for polos, slacks and pairs of Jordans.

“I said, ‘I think I’d like to wear a different Jordan Brand shoe every game,’ ” Williams told reporters in February. “It’s easy for me, because I’m a size 9.5, which is the sample size. So, over the years, I’ve been sent a lot of shoes.

“I didn’t do it for anything other than how loyal I wanted to be to the Jordan Brand.” 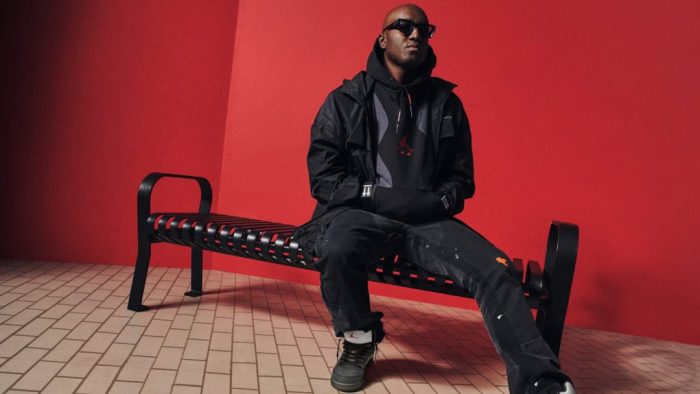 Williams was an assistant coach on the UNC staff of his mentor, legendary head coach Dean Smith, in 1985, when former Tar Heels-turned-Chicago Bulls superstar Michael Jordan received his first signature sneaker from Nike — the Air Jordan 1. Ahead of the 1999-2000 college basketball season, His Airness’ alma mater became the first team in the NCAA to be sponsored by the Jordan Brand. In 2003, following 15 seasons at the helm of the University of Kansas’ basketball program, Williams became the head coach at UNC, where he led the Tar Heels to three national championships in 2005, 2009 and 2017, with his teams donning the Jumpman logo on their uniforms and sneakers.

In 2017, the Jordan Brand gave the UNC head coach a one-of-a-kind pair of “Pinnacle” Air Jordan 1 Lows, autographed by Jordan himself and stored in a custom oak box, to celebrate his 800th career win. And in 2019, Williams broke the internet when he coached a game while wearing designer Virgil Abloh’s University blue Off-White x Air Jordan 1s.

The night Williams broke out the Off-Whites two years ago set the stage for the 2020-21 season — his last at UNC, which will be especially remembered in sneaker circles. In 29 games this season, Williams rocked 29 different pairs of Air Jordans, including a crazy rotation of UNC player exclusives (PEs), a silhouette that paid homage to the program’s 1982 championship and low-tops that have been in his closet for nearly 15 years.

These are the top 12 pairs of Air Jordans worn by Williams during his farewell season, ranked by The Undefeated sneaker culture writer (and UNC alumnus) Aaron Dodson.

It’s no surprise that Williams got an early pair of the “UNC” Air Jordan 4s (notably reminiscent of the print ad from 2002 featuring Jordan in a North Carolina jersey) six weeks before their scheduled release in late April. It’s worth noting that the UNC 4s are the sneakers he wore for what is now the last game of his coaching career — an 85-62 loss to the University of Wisconsin in the opening round of the 2021 NCAA tournament. Regardless of the outcome, Williams went out in style.

Williams took a break from his regularly scheduled programming of Carolina blue kicks (shout-out to rapper Jay-Z) to lace up the “Black Cement” Air Jordan 11 Low IEs, which pay homage to the Black Cement 3s, one of the most revered pairs of Air Jordans. Coincidentally, Jordan debuted the Black Cement 3s in 1988, the same year Williams began his first head-coaching job at Kansas.

While we commend Williams’ decision to rock the “UNC” Air Jordan 11 Lows, which first came out in 2001 before returning in 2017, the real praise is for the argyle socks he wore with the shoes for UNC’s championship game in the Maui Invitational Tournament.

Williams announced his retirement a few weeks before the release of the “Hyper Royal” Air Jordan 1 Highs, which, despite the name of the colorway, look like an acid-washed Carolina blue. Back in January, Williams took the sideline in a pair of Air Jordan 1 PEs that resemble the Hyper Royals — but are low-top. UNC fans picked out this pair for Williams via a @UNC_Basketball Twitter poll that matched up the winning low-top Air Jordan 1s with a pair of low-top Air Jordan 23 PEs. The takeaway is Coach really loves himself some low-tops.

In the 1982 national championship game between UNC and Georgetown, a 19-year-old Michael Jordan hit the game-winning jumper in a pair of Converse Pro Leather sneakers. Fast-forward 35 years to 2017, when Williams, an assistant coach on that ’82 championship team, led UNC to his third (and now final) national title. In 2018, the Jordan Brand collaborated with Converse to design Williams and his team limited-edition pairs of Pro Leathers, each featuring a University blue Jumpman logo, in celebration of both titles separated by 3½ decades. Williams brought some of that championship swagger to the court this season in his pair of Air Jordan x Converse Pro Leather PEs.

During UNC’s 82-62 win over Northeastern University in February, Williams honored former Georgetown coach and college basketball legend John Thompson Jr., who died in August 2020 at the age of 78, with a towel over his right shoulder featuring an image of “Big John” and a pair of Air Jordan 1 Low PEs in soft blue suede with gold lace caps. A classy tribute — in classy kicks — from one titan of college hoops to another.

The “University Blue” Air Jordan 21 Lows have only released once — in July 2006, the year after UNC beat the University of Illinois in the 2005 national championship, with Raymond Felton rocking Air Jordan 10s, Marvin Williams in Air Jordan 13s and Sean May in Air Jordan 19s. In UNC’s last game of 2020, Williams broke out his nearly 15-year-old pair of Air Jordan 21 Lows and laced ’em up like they dropped on the SNKRS app that week. If you’re reading this, Coach — what else you got from back in the day in that closet of yours? 👀

Before the Tar Heels made a run to the 2016 national championship (where they lost to Villanova in heartbreaking fashion on a buzzer-beating 3-pointer in overtime), the Jordan Brand presented the program with pairs of specially designed Air Jordan 2 PEs, featuring an argyle lining and translucent soles that form the school’s interlocking “NC” logo when each shoe is placed side by side. In a matchup with crosstown foe NC State in January, Williams reminded us that only elite company has those.

The season after UNC lost to Villanova in the 2016 national title game, the Tar Heels returned to the NCAA tournament, this time with Air Jordan 13 Low PEs, and ultimately achieved redemption after beating Gonzaga to win the 2017 championship. Williams opened the 2020-21 season in his lucky 13 PEs, setting the tone for a final season full of fire kicks.

Remember the “UNC” Air Jordan 3s that dropped at retail in March 2020? Well, these ain’t those. Peep the “NC” logo on the pair that Williams wore on the sideline of “Roy Williams Court” in Chapel Hill, North Carolina, during a February game against Louisville. Of course, Williams owns a pair of the Air Jordan 3 PEs that were made in 2018 for the UNC football team. (Wouldn’t be surprised if he has the retail pair, too.)

In college basketball’s biggest rivalry at one of its most fabled venues, Williams coached his UNC Tar Heels to a 91-87 win over Mike Krzyzewski’s Duke Blue Devils in his last game at Cameron Indoor Stadium on Feb. 6. That night, Williams wore perhaps the most beautifully crafted UNC-themed Air Jordan 1s. The pair of Carolina blue, navy and white PEs feature reptilian- and stingray-patterned leather, and despite being intended for the UNC football team, the sneakers ended up on the feet of the school’s head basketball coach.

There might really only be one silver lining to UNC’s 2020-21 season that ended with Williams’ retirement: The Tar Heels defeated archrival Duke not once, but twice this year. UNC followed up its February win on the road against Duke by defeating the Blue Devils 91-73 at home on March 6 to finish the regular season. Before he left the floor at the Dean E. Smith Center after the game, Williams knelt at center court and kissed the hardwood. He experienced the moment in Air Jordan 5 PEs (which he creased without a care in the world), designed for the UNC football team with an upper covered in Carolina blue elephant print. That pair he laced up in his last game against Duke and last on the home court that bears his name should be retired, just like him. Williams’ Air Jordan 5s belong in a museum, to celebrate a storied coaching career that he ended with a whole lotta swag.

These Modern Briefcases Are Better Than Your Dad’s, And Twice As...