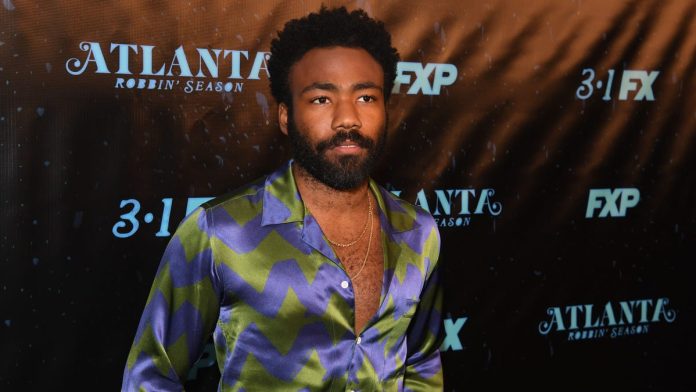 As the curtains close on the final season of the critically acclaimed and equally controversial show Atlanta, we say goodbye to the characters we’ve come to know and love, and the stories (or the lack of narrative entirely) that they leave behind. During a recent conversation with Vanity Fair, director Hiro Murai discussed the show’s ending, and whether or not we’ll ever hear Paper Boi spit another bar. We’ve gotta warn you though, this article does contain spoilers, so if you haven’t seen the season finale, spin the block on this post a little later.

The show starring creator and executive producer Donald Glover (Earn), Brian Tyree Henry (Alfred a.k.a. Paper Boi), Zazie Beetz (Earn’s girlfriend Van), and Lakeith Stanfield (Darius), gave us four seasons of absurdist creativity, social commentary, and storylines knee deep in Black southern culture. And while at times the show completely departed from plot lines focused on these characters, (as many episodes didn’t even feature its main cast), Atlanta’s finale brought the foursome together once more, a decision that Hiro Murai wasn’t initially a part of the plan.

The finale was not originally the finale, because in some ways it’s like a very normal Atlanta episode,” Murai told Vanity Fair. “And one of the writers said, ‘This has to be the last episode because it just seems perfectly thrown away—emotional and poignant but also ridiculous as the last episode of this four-season show.’ So there was never a plan for the final episode, we just kind of stumbled on it and realized that we already had one.”

So yeah, if you expected the finale to tie a pretty little bow on the Atlanta package, you might have found yourself a little deflated. In the episode, Darius visits a sensory deprivation spa in the city, and continues to emerge from the waters gasping for breath as if he’s woken abruptly from a dream, or has barely escaped death–it’s hard for one to tell. And according to Murai, that’s the whole point.

“Our show’s always been sort of obsessed with existential angst, you know?” the director continues. “So as ridiculous as the concept is, it’s also about: Does any of this mean anything in the long run? Is it all ephemeral, like a dream, or is this something that we can treasure and have it have meaning in our lives? I think that’s always been the balance of the show—to do something kind of silly and maybe semi-meaningful at the same time.”

Beauty for the planet
If the beauty fan in your life is eco-friendly—take a gander at the Earthling Co.’s delightful, giftable options.

While the viewer is perhaps happy to see all four characters together in the final scene, there’s not necessarily a heartfelt ending in the way that, say The Fresh Prince of Bel-Air wrapped with Will being left in LA as the rest of the family prepares to move out of state. Instead, the cast sits around a living room coffee table eating Popeyes after Earn, Van, and Paper Boi leave a new Black-owned sushi spot unsatisfied. The three eventually get up from the table to go smoke as Darius is left alone watching Judge Judy.

“…We won’t necessarily give you an emotionally satisfying ending,” Murai says. “But in the course of getting to the fourth season, Donald and I came to a place where—we kind of grew up in a way. We realized that we do care about these people and we want to see them end up in a place that feels satisfying.”

When asked about the possibility of there being a final final season, or a one off, Murai responded:

“We often joke that we’ll come back when we’re all 70. It’ll be called Atlanta: Lottie’s Revenge. If there’s a good story to tell, I think we’re all open to the idea of reopening the door. But it feels right to have this [finale] as a punctuation point.”

‘Women In The Wild’ Features Moms Breastfeeding Outside To Spread A...