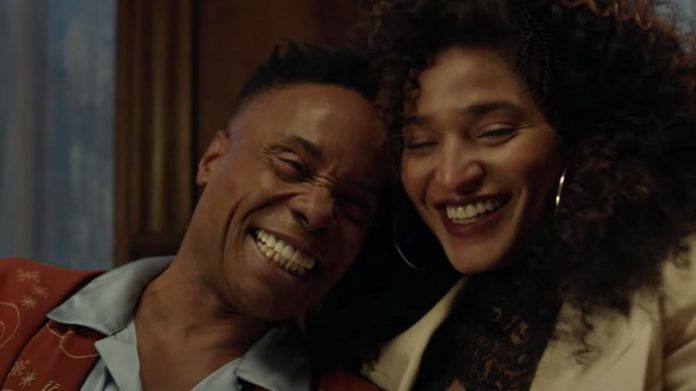 Audiences got their first glimpse at the final chapter of “Pose” with the release of the Season 3 trailer this week.

Set to debut May 2, the FX drama’s new season moves the action to 1994, when Pray Tell (played by Billy Porter) is reflecting on his legacy as he grapples with HIV-related health issues. Meanwhile, Bianca (MJ Rodriguez) is facing some professional challenges as she balances her work as a nurse’s aide with motherhood and a budding new relationship.

It isn’t all gloom and doom, however, as evidenced by snippets of the House of Evangelista strutting their stuff to the tune of Aretha Franklin’s “A Deeper Love.”

Created by Steven Canals, Brad Falchuk and Ryan Murphy, “Pose” dramatizes New York’s ballroom scene of the 1980s and ’90s. The show broke fresh ground for queer representation upon its 2018 premiere by featuring television’s largest-ever cast of transgender actors in series regular roles, as well as the largest LGBTQ cast for a scripted series. In 2019, Porter became the first gay Black man to win an Emmy for lead actor in a drama for his portrayal of Pray Tell, a designer and ballroom emcee.

Canals announced on social media last month that Season 3 of “Pose” would be the show’s last, and consist of seven episodes.

“We got to tell the exact story we wanted, as we wanted to tell it, and I’m incredibly honored and grateful,” the six-time Emmy winner said on Twitter.

Catch the Season 3 trailer for “Pose” below.

A Special Birthday Salute to a King: Leadership Lesspns from the...