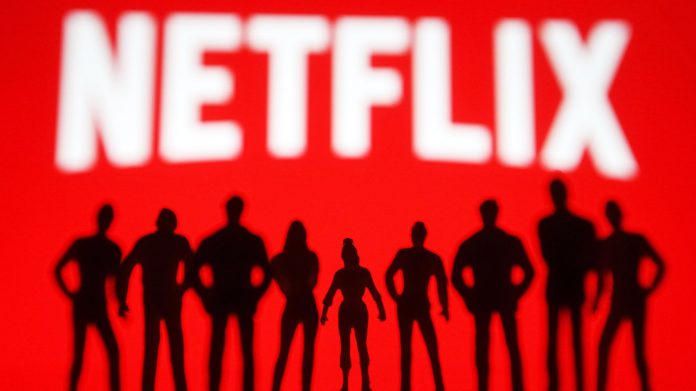 Every year, Netflix produces hundreds of original movies and shows, many of which have been touted for their inclusion and representation. A new study released Friday shows that the streaming giant has helped raise the bar for gender equity and Black representation with its storytelling, often doing better than the entertainment industry at large. But the company, which prides itself on prioritizing inclusion in its content and its hiring, has also fallen short in several areas of diversity, with many identities remaining largely invisible on-screen, the report said.

To conduct the study, Netflix executives approached University of Southern California professor Stacy L. Smith and her team at the Annenberg Inclusion Initiative, which has worked on many influential studies of representation in Hollywood.

“Often, companies or even audiences think that storytelling is better than it actually is,” Smith told HuffPost in an interview. “Data like this is always great because it anchors it in evidence, not in what I think is happening.”

Using similar metrics to those in the Annenberg Inclusion Initiative’s annual industrywide research, the Netflix study examined representation and inclusion across all of the company’s original feature films and scripted shows released in 2018 and 2019. The researchers evaluated each project’s on-screen and behind-the-camera representation in the areas of gender, race and ethnicity, LGBTQ identity and disability.

We need to see more. … Proportional representation is literally the first step, and if they’re not there, that’s a major problem.
Stacy L. Smith, founder of the Annenberg Inclusion Initiative

Overall, Netflix’s original films and shows reached or came close to achieving gender parity on-screen — for example, 52% of its original films and shows featured a female lead or co-lead character. But beyond the stories’ central characters, there was less gender equity. For instance, only 38.8% of the speaking characters across all of the movies and shows were women, and only 20% of the movies and shows had gender-balanced casts, meaning they “featured girls/women in roughly half of all speaking or named roles.” As is common in Hollywood, the researchers found that films and series with more women in directing, writing and producing roles were more likely to have equitable representation of women on-screen.

At the intersection of race, ethnicity and gender, Netflix has made gains in centering women of color in its stories, but the percentages were still below proportional representation, especially behind the camera. Among every behind-the-camera position analyzed in the study — film directors, screenwriters, film producers, TV creators, TV writers and TV directors — no category had more than 9% women of color.

In representation of racial and ethnic groups regardless of gender, the study found that Netflix’s Strong Black Lead initiative and other work around improving Black representation had produced strong results.

Just over 15% of Netflix’s original shows and films in 2018 and 2019 featured Black lead characters, and 19.5% of main cast members were Black, notably higher than U.S. population statistics. The percentages of Black creatives in behind-the-camera roles were still somewhat below that of the population, but did increase significantly from year to year, the study found.

Researchers did not find much diversity within racial and ethnic groups either. For example, Indian, Chinese and Korean actors were overrepresented when compared to members of other Asian communities.

Finally, LGBTQ and disabled people were also substantially underrepresented in Netflix’s original programming, especially when it came to intersectionality. When a disabled character was featured in a story, for instance, that character was likely to be a straight, white, cisgender man.

The Annenberg Inclusion Initiative’s report notes some of the limitations of approaching inclusion through the lens of proportional representation, which Smith stressed should be just a baseline. Underrepresented creators should get opportunities to tell stories about anyone and everyone, just like white male creators typically do.

“You can literally look to the full range of storytelling, whether it’s, you know, suffering to superheroes, the full range of humanity across a variety of different ethnic and racial groups and in the LGBTQ+ community and people with disabilities ― we need to see more,” she said. “And if there’s as much content on a platform as there is ― not only on Netflix but all of the companies ― there’s no excuse. Proportional representation is literally the first step, and if they’re not there, that’s a major problem.”

The way the industry approaches representation and inclusion also needs to go beyond storytelling and hiring practices, Smith said, pointing to the ways disabled people have been historically excluded in Hollywood because of barriers to accessibility.

While she said 27% of the U.S. population identifies as having a disability, there’s “a historical precedent” of excluding people because sets and productions were not accessible. “So here’s another place where Netflix can disrupt and do business differently for different historically marginalized communities,” Smith added.

She said she has been encouraged by Netflix’s efforts at being transparent with its data and putting that information directly in the hands of executives who are responsible for greenlighting projects and hiring talent. That’s a good first step in holding themselves accountable.

“We want one consequence of the report to be that other companies realize that this type of audit and transparency is important to setting inclusion goals and creating a map towards meeting those goals in the years ahead,” Smith said. “So we’re hopeful that this will create, hopefully, the perfect storm so that other companies will do the same thing.”

How Skateboarding Became More Than A White Dude’s Sport