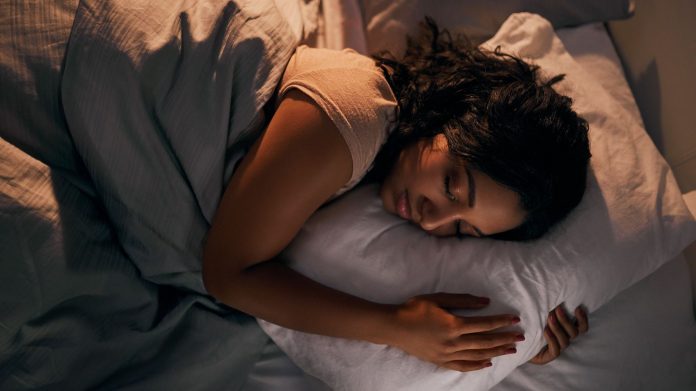 For years, we’ve been told how detrimental a lack of sleep can be for our mental and physical health. (Think: weakened immune function, low mood and impaired cognitive performance, while also putting you at increased risk for more serious issues like heart disease and diabetes down the road.)

But is it bad to get too much sleep — and if so, how much is too much?

Most healthy adults need between seven and nine hours of sleep per night. However, some people, like young adults, the chronically sleep-deprived and those with illnesses, may need more than nine, according to a joint recommendation from the American Academy of Sleep Medicine and Sleep Research Society.

“It’s important to remember that not everyone’s ‘too much sleep’ is the same,” sleep psychologist Jade Wu, a researcher at the Duke University School of Medicine, told HuffPost. “And sleep needs change over the lifetime. For example, a teenager or young adult may very well need nine or more hours per night, whereas a retiree likely doesn’t.”

Oversleeping — typically defined as more than nine or 10 hours in research studies — is associated with certain health risks, including stroke, obesity, depression, diabetes, heart disease and dementia. However, it’s not clear if oversleeping causes these conditions or if it’s just an indicator that something else is wrong.

“In other words, we don’t know if it’s the long sleep that’s causing problems over time, or if some underlying health problem is causing someone to sleep longer,” Wu said. “I would place my bets on the latter to be more true, because we know that some neuropsychiatric conditions such as depression and neurodegenerative diseases cause excessive daytime sleepiness.”

Other experts, like Harvard sleep medicine professor Susan Redline, agree that oversleeping is more likely a symptom, rather than a cause, of another issue: “The predominant opinion is that long sleep is a marker for underlying health problems,” she told Prevention.com.

So if you regularly log nine or 10 hours of sleep a night, should you be worried? Not necessarily — especially if you wake up feeling refreshed. Some individuals just need more shuteye than others.

“If someone seems to be an unusually long sleeper, it’s possible that they are simply wired to need more sleep,” Wu said. (That said, it can’t hurt to mention it to your doctor if you have some concerns.)

If you’re technically getting enough hours but you still don’t feel rested, then it’s worth making an appointment with a health care professional as well, said neurologist and sleep medicine specialist Anita Shelgikar, director of the sleep medicine fellowship at the University of Michigan.

“A number of factors, such as medical conditions, medication side effects, and undiagnosed sleep disorders, can lead to poor sleep quality and non-restful sleep,” she added.

According to Raj Dasgupta — associate professor of clinical medicine at the University of Southern California’s Keck School of Medicine — if sleep quantity isn’t the issue, then sleep quality probably is. Conditions like sleep apnea can disrupt sleep and leave you feeling fatigued even after spending ample time in bed.

Other factors such as stress, low mood, boredom and a sedentary lifestyle and may also play a role in feeling tired despite getting sufficient sleep, Wu noted.

Once you and your doctor have ruled out potential health issues, you may want to experiment with making some tweaks to your routine to improve the quality of your sleep. For example, try to go to bed and get up around the same time each day, regardless of whether it’s a workday or a weekend.

“Get lots of sunlight, get physically active — or at least decrease long stretches of sitting — and go out of your way to plan some fun and social activities,” Wu said. “Make efforts to prioritize physical and mental health. You may find yourself waking up with more energy after making these changes.”

How To Stop Grinding Your Teeth Because Of Stress And Anxiety

What Are Your COVID-19 Vaccine Questions? Ask Our Experts

It's Really Terrifying How Little Donald Trump Claims To Sleep