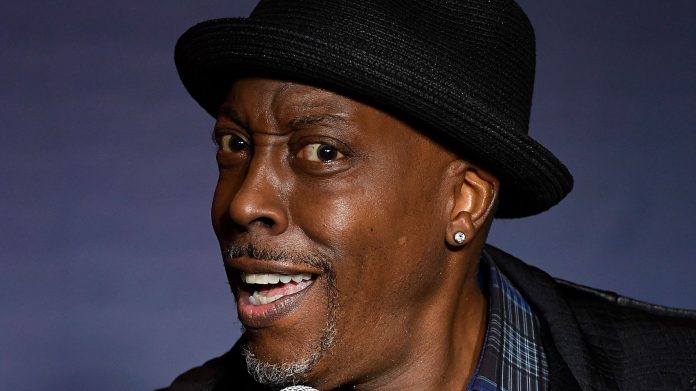 Arsenio Hall, who once competed on “The Celebrity Apprentice,” said former President Donald Trump once expressed his dismay with him via a direct note with two words written with a Sharpie: “No Trump.”

The legendary late-night talk show host and comedian, who won 2012’s season of the reality competition series, briefly talked about the then-reality TV boss during his appearance with Eddie Murphy on “Jimmy Kimmel Live!” on Monday night.

After host Jimmy Kimmel jokingly asked Hall about the last time he heard from his “celebrity mentor” Trump, Hall replied with a laugh: “We don’t talk a lot.”

Hall then recalled a time, he said, Trump got upset with him after Hall apparently failed to mention him in an interview.

“Sometimes people don’t mention everything you say,” Hall said. “He took the interview, and he wrote in Sharpie, ‘No Trump,’ and he photographed it and emailed it back to me — I think someone in his office did.”

“It was the strangest transmission I’ve ever had,” Hall added. (See the clip below.)

Hall and Murphy, who are both starring in the anticipated sequel “Coming 2 America,” also discussed their longtime friendship on Monday’s segment of “Jimmy Kimmel Live!”

The comedians first made their appearances as Prince Akeem (Murphy) and Semmi (Hall) in the beloved 1988 film “Coming to America.”

Murphy said that when he would visit Hall’s famed “The Arsenio Hall Show,” which first premiered in 1989, the two would spend the majority of the interview “laughing.”

“When we were in an interview it’s just like … us laughing and inside stuff,” Murphy said.

“Coming 2 America” is set to premiere on Amazon Prime on Friday.

Those Days You Tried to Forget

Matthew Dellavedova And Whoever Else Is On The Cavs Win Game...

Consent, Explained, for People Who Still Don’t Get It