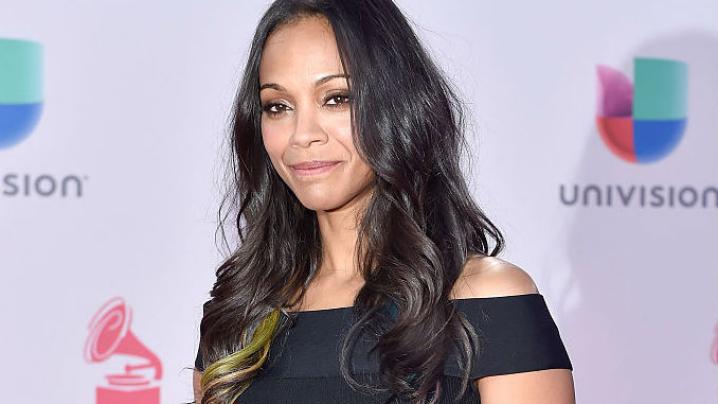 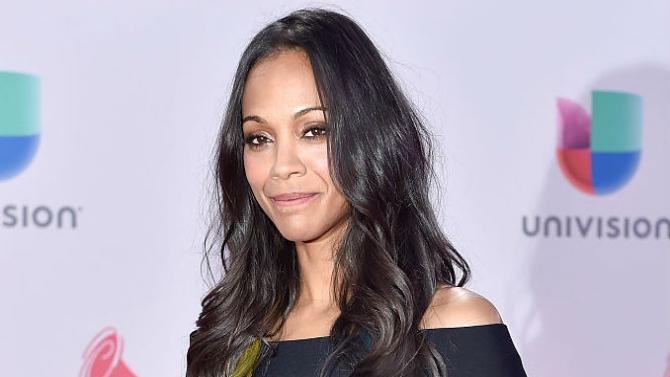 Just days before Nina hits theaters in a limited release, Zoe Saldana joined Nina producer Stuart Parr and Al Schackman—musical director for the iconic Nina Simone from 1957 until her death in 2003—for an intimate post-screening conversation Tuesday in Atlanta, where she is filming Guardians of the Galaxy 2.

The conversation, led by television news executive Denise Hendricks, touched on the difficulties of making the movie, Saldana’s performance and Simone’s legacy. There was no discussion about the controversy and drama surrounding the film, even though it was alluded to many times. Parr emphasized that the film was a slice of Simone’s life, with Schackman making it clear that an exhaustive film about the artist would require at least a “10-part series or 10 films.”

“While [the film is] not based on actual events, I can tell you that the events that you’ve seen, that you just saw in the movie, that they did happen in other ways, in other times,” Schackman told the audience. “There was that much extreme drama from time to time in Nina’s life.”

No questions were taken from the audience, but Saldana did pose for several pictures after the screening. During the 30-minute conversation, she answered three key questions about how she became a part of the film, her preparation in playing Simone and what she hopes audiences get from the film.

Zoe Saldana: The first time I heard about the Nina Simone project, I was at a fashion show in Paris and Mary J. Blige was there as a performer, and as soon as she got onstage, she announced that she was going to be playing Nina in this biopic. And I remembered I cried because I was so happy, and I thought, “This is just going to be the best thing ever. I know that I’m going to go see it.” And a year later, I was approached by a filmmaker—you know Cynthia Mort—and she said she wanted to meet me for the Nina movie, and I was really surprised because I thought, well, Mary J.’s doing that, and she was like, “Yes, she was as of recently, but she will not be a part of it, and this was a mutual decision.”

I remember there was something about the whole idea of knowing a female artist that was going to be playing a very important role, and me talking about it with her a year before, and then all of a sudden, you know. As an artist, I am going to give you [the] step-by-step of how you approach something or you’re thinking of something, and you kind of go, “Well, I’m not going to touch that unless I get absolute clearing from Mary J. or her camp that this is true.”

Once that came about and I received confirmation, I turned the project down because for various reasons I thought I was not the right age to be a part of this project because of the time frame … which the director wanted to document or talk about in her story of Nina. And obviously—well, the other obvious reasons—but then something else came about once I kept brewing with this, and I thought, “Well, this project has been at every studio, pitched at every studio. It has been offered to a number of excellent, amazing actresses that, for whatever valid reasons of their own, decided to pass on the project. Do I sit on the side and wait and sort of, for my personal fears, do I just sit on the side and just pass this project from my hands to the next hands and just wash my hands of it and be done with it? Or do I make the decision to be a part of the telling of the story of an iconic figure in American history that happens to be a woman, that happens to be black?” So I guess the good outweighed the fear and the bad.

2. Her preparation and approach to playing Simone.

ZS: I remember I moved out of my house. I left my mom with my assistant and my dog and my house and I moved 4 miles away to isolate myself because I just wanted to just live, try to re-create an environment where Nina and I could become, like, roommates. I wanted to be haunted by her.

I was given pages of some of her journals and letters between her and her ex-husband Andy [Andrew Stroud] that I read, and the one thing that resonated the most to me was that she was a woman and she wanted love and she wanted acceptance, and she was hormonal at times and she was super territorial with her music and she loved her daughter, and she did the best that she could.

So that was kind of like my entrance to Nina. I didn’t want to approach her as this iconic musical figure because that just felt really external to me. I wanted to find some way to identify with her as a woman, as an artist, as a person of color, as an American, and just try to find any similarities in how powerless you can feel sometimes as an artist, when all you want to do is just exhibit your art, create art, and sometimes you have to go through so many layers of bulls–t that can impede upon you feeling absolutely free, and I feel like she was really haunted by that.

So those were sort of like the steps that I took to try to find Nina. I didn’t want to approach her as a fan, and I didn’t want to judge her, either. I also knew that she was afflicted by mental illness. There was a lot of frustration and bitterness because of all the impediments that she had as an American at that time. So I just allowed myself to feel that pain but not victimize her. She was never a victim. So I never approached it like, “Oh, I just want people to, you know, pity her; she went through so much.” No, she accomplished so much, and she fought all of her battles face forward. So I just wanted to embody that as best I could.

3. What she learned from playing Simone and wants audiences to take away from the film.

ZS: What did I learn? OK, I learned that, as an artist, you have to make your own decisions and they have to come from your gut and from your heart, and not from any personal gains that you may think you’re going to get. I think that as a community of color that has bred amazing artists that not only have given us beautiful art that they create, they’ve given us our history, and these are stories worth telling. Don’t let this be the only story of Nina; let this just be the first. That’s what I think. If this started up a conversation about her, I’m happy we’re talking about her, [tears up] because this is just the first.

Bill Cosby Sues Seven Of His Accusers For Defamation

Ohio Judge Mocks Inmate in Poem About How He Soiled His...