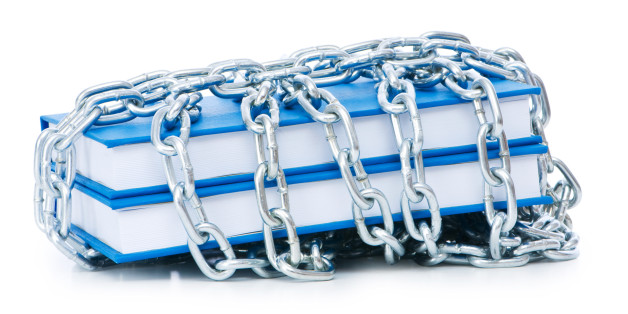 On Sunday, January 17, 2016 Scholastic Inc., withdrew my book A Birthday Cake for George Washington from publication stating it provided a “false impression of the reality of the lives of slaves.” The company claims otherwise, but certainly public outcry determined its decision.

In the aftermath, it would be easy to feel satisfied that censorship of this book is a testament to the power of modern activism. Using social media, a vocal audience was able to rid the world of a story it considered to be racist without even reading it. It’s a free speech success story — except it’s not.

In halting the publication of this book, the publisher silenced the story of George Washington’s enslaved chef, Hercules, a remarkable man whose talent and self-possession earned him unusual status in his own time.

Hercules came and went from the President’s House in Philadelphia as he pleased. He sold kitchen slops, earning a salary twice that of the average free white man.

“It’s a free speech success story — except it’s not.”

Still, almost free is not free and Hercules enjoyed his lifestyle upon Washington’s whim. When Washington forced Hercules from the kitchen and into the field, the cook demonstrated his mettle and bravely escaped Mount Vernon in the wee hours of the President’s 65th birthday.

As a chef and person of color, I revere and admire Hercules. I wrote A Birthday Cake for George Washington to lionize him through one fictional moment in which he uses superior talent to overcome culinary disaster.

Imagine my horror when the children’s book I wrote to celebrate this gifted black American was twisted and misconstrued as a defense of slavery by an online lynch mob (and I use that word deliberately) that angrily and incorrectly parsed my ethnicity.

As outcry grew, the publisher asked me to remain silent. I couldn’t respond to the public’s belief that I had creative control over the images even though, like most picture book authors, I had no authority to approve them. I first saw the illustrations when my book was laid out and ready for press and strenuously objected to them verbally and in writing. I stated that the “over-joviality” of the enslaved people depicted were not “on point with accuracy and sensitivity”

I wrote that while I believed Hercules and his staff took pride and satisfaction in their abilities, the characters would not be “overjoyed doing this work.” I voiced concern that the illustrations gave my words unintended levity. Far earlier, I wanted changes to the book’s ending so it would not imply that Hercules felt privileged to be Washington’s slave.

I insisted that the free and indentured white servants who worked in that kitchen should be depicted because their absence both belied historical fact and diminished Hercules’ importance as a commanding figure to whom others deferred.

Later, I expressed concern over what became the hotly contested jacket copy.

Every one of my requests was ignored or refused.

Even as protests reached a fever pitch, the publisher continued to ask for my silence except for one company-approved blog post. I was asked not to respond to the media, or to social media attacks on me personally, calling out my perceived race, nationality, color, scholarship and journalistic integrity.

“Most pressing is the question of whether we can ever reach a place in our society where questions of race can be openly and objectively discussed, especially with our children. “

The situation escalated after a change.org petition directed people to, without having read the book, use the book’s Amazon.com page as a political forum for negative reviews calling for the book to be banned. “Reviewers” flooded the page with libel, hate rhetoric and violent, racist imagery — in violation of the company’s policies. Despite requests by the publisher and myself to remove these, Amazon did not comply. To date, Amazon has not only allowed these reviews to remain posted but to grow in number.

On the evening of Friday, January 15 the publisher expressed delight about the public “conversation” which pushed books sales. Two days later, it appeared to bow to public pressure and banned its own book. Its actions made international news, feeding the biggest media outlets to the smallest blogs. Free speech groups later condemned the book’s censorship.

Yet, no one contacted me for my side.

There is more at stake here than the future of one author or one picture book. Most pressing is the question of whether we can ever reach a place in our society where questions of race can be openly and objectively discussed, especially with our children.

To do this, we first have to face the panic about stories like A Birthday Cake For George Washington, which are about a singular moments in the lives of enslaved characters rather than being explorations of slavery in America.

The book was written four years ago with what seemed, at the time, to be the reasonable assumption that understanding the overarching horror and criminality of slavery was a given — and that parents and educators would share that context in a way that was most appropriate for their young listener.

Yet, despite all logic, America still does not uniformly accept that slavery was an inhuman abomination.

Horrifyingly, the benign rewriting of slavery continues in history books. Disturbingly, there are politicians crowing about the “benefits” of slavery to the enslaved. Monstrously, some still refuse to admit the long-term ill effects of enslavement on an entire race of Americans.

Because we live in a world where the most heinous racial injustice continues at the hands of the most powerful and untouchable, average people have plenty of rightful frustration and anger. We reach for ways to effect tangible change. Attacking a picture book by accessible people was a way to get heard without being ignored.

But now that change-makers have the attention of the publishing world., they need to carry on the momentum and demand the retooling of the way children’s books are produced, namely the lack of collaboration between writers and illustrators.

Without collaboration there will be more “misses” and it’s unlikely that the industry will again censor itself post-publication as it did with A Birthday Cake for George Washington. Instead, publishing will go back to safely ignoring stories that might require a delicate hand. Movements like We Need Diverse Books will become irrevocably derailed, as writers, artists, and publishers avoid topics that might incite public outcry.

“We have to face our own prejudices about who is ‘allowed’ to write certain stories and whether that is productive.”

We have to face our own prejudices about who is “allowed” to write certain stories and whether that is productive. Another reason the outcry was so explosive was the perceived role of the creators’ race in producing this book — a question posed first by Kirkus Reviews, an authority that is meant to objectively consider the content of books not the ethnicity of their authors. Bloggers who insisted a non-white creative team would never produce such a book, took away my status as a person of color and glossed over the fact that the illustrator and editor are both African American.

My right to talk about Hercules became predicated on whether my skin color allowed me the clearest understanding of enslavement. If that is true, we are at a dangerous precipice where research, scholarship and dedication to a subject can fall away when a mob decides an author doesn’t fit in the right box.

It’s one thing to understand the volatility of the outrage toward A Birthday Cake for George Washington, but another to learn from it. The righting of racial injustice doesn’t come from shutting down conversations by banning books or screaming the loudest but from opening dialogues. Without these dialogues we’re in danger of living in a world where any single, sanctioned group may decide what we might write or read or say or think, based upon their own interpretations of an “us” and “them” society.

Ramin Ganeshram is a veteran journalist who holds a master’s degree in journalism from Columbia University. For eight years she worked as a feature writer/stringer for the New York Times and another eight years for Newsday as a feature writer and food columnist. She has been awarded seven Society of Professional Journalist awards and an International Association of Culinary Professionals (IACP) cookbook award for her work and has been a finalist for the IACP Bert Greene Award for Culinary Journalism.

She has contributed articles on American colonial and immigrant food ways to the Oxford Enclycopedia of Food & Drink in America and the Food Cultures of The World Encyclopedia. She is the author of the America I Am: Pass It Down Cookbook, about African-American culinary heritage and the ghostwriter of The Sweetie Pies Cookbook based on the popular television show Welcome To Sweetie Pies on the Oprah Winfrey Network.