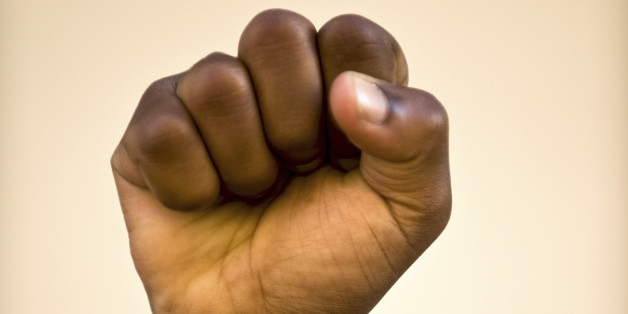 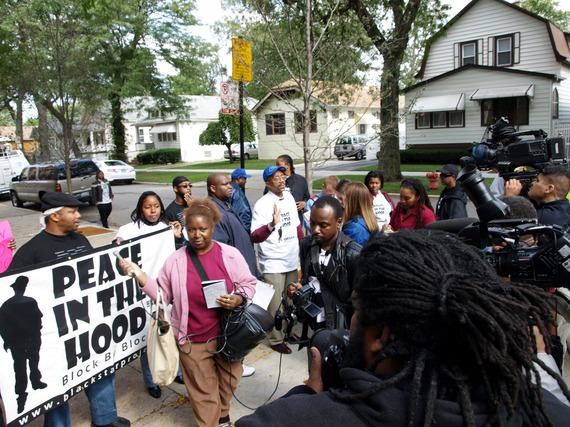 At a vigil, Chicagoans take to the streets to call for an end to the violence.
(PHOTO, John W. Fountain)

CHICAGO–I drove down Fred Hampton’s old block the other morning on the city’s West Side and I pondered where “we” might be had Fred not died. I sat in my car, staring at the site where his apartment was riddled with police bullets. He was asleep, at age 21, during a raid that early morning in December 1969.

I thought about the charismatic leader of the Black Panthers, who, 50 years ago, started a free breakfast program for poor kids in the ‘hood, about Hampton’s passion for self-help, black empowerment and self-actualization.

I was only 9 when they murdered Fred Hampton.

I lived farther west in a three-flat apartment my grandfather owned–where I watched the West Side burn the previous year, one night in 1968 after Dr. Martin Luther King Jr. was assassinated, flames flickering in the pale sky.

I wonder where we would be if Dr. King had not died.

I wonder whether 1969 and 1968 were the years that so much of the hope of our neighborhoods died.

For as I open my eyes to the realities of poverty, blight and hopelessness that flow like a cresting river through our communities today; to that weapon of mass destruction called Chicago Public Schools; to do-nothing, finger-pointing politicians and so-called community leaders; I realize that the more things change, the more they stay the same.

Except the “enemy” of the people these days now seems to play a game of charades. It is a masquerading enemy that contributes to the continued demise of poor black and brown neighborhoods, inhibiting their migration from the socioeconomically drained stream to the American mainstream. It is an insidious and elusive, fast-talking enemy of progress for all.

Some here in the Windy City have suggested that the political powers that be are more a foe than friend to poor black and brown communities. That the mayor’s office and the police department are to blame for much of the shootings and homicide, the poverty and profound systemic devices that have existed since I was a little boy. Frankly speaking, that’s a bunch of bull.

Frankly speaking, what ails black communities in Chicago doesn’t end or begin with the mayor’s office. That doesn’t mean that Mayor Rahm Emanuel is off the hook, especially in light of the alleged cover-up of Laquan McDonald case–the 17-year-old shot 16 times by a cop. Rahm has certainly got some ‘splainin’ to do.

But what about lifer politicians under whose watch poor Chicago neighborhoods for decades have festered like a sore? The politicians who have taken the money and run?

What about so-called “progressives” who are MIA? The usual suspects, they come around when television cameras turn on, but are absent for the roll-up-your-sleeves work.

What about so-called community leaders who aren’t any more for poor or working class folk than the man on the moon? Politicking pastors and preachers who tell their members who to vote for while they secure political appointments and favor? (Turn to your neighbor and say, “Pastors… Don’t pimp. Preach.”)

Across the country, hundreds of millions of dollars have been wasted in the black community on churches built on the backs of the poor with one preacher not so long ago reportedly asking for $65 million for a new jet. In the Chicago area alone, just in recent years, well over a half billion dollars has been spent on building these monstrosities called worship centers. Some storefront pastors are just as lacking in stewardship.

Imagine if that money had been spent on community-based social programs, on housing or programs aimed at creating homeownership, small business startups and corporate/community partnerships as part of a vision for holistic sustainable communities.

I imagine the possibilities and dreams of Fred Hampton and Dr. King who sought not to build palaces but people, not to enrich their coffers but community. I imagine leaders with a true heart for community.

I imagine a people willing finally to hold our “leaders” accountable–every single one. 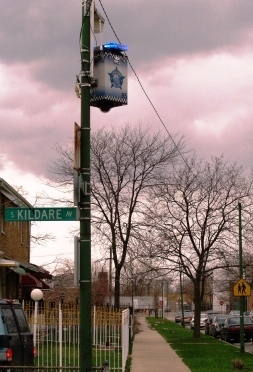 Blue light police cameras have become an all too familiar sight in Chicago’s hyper-segregated communities. 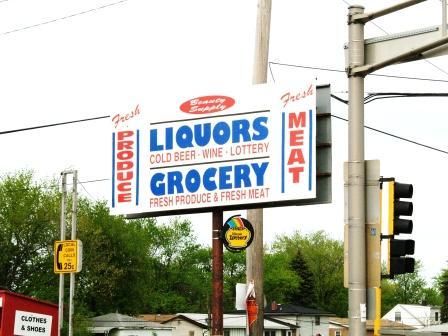 Here’s The Snoop Dogg Episode Martha Stewart Was Talking About On...

Bobbi Kristina Brown Is Awake And Off Life Support, According To...