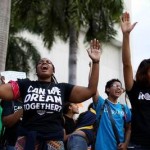 In the aftermath of a traumatic summer of nonstop police brutality, LGBTQ youth — from Ohio to Hong Kong, Staten Island to Ferguson — are dreaming. This summer, after watching the clock tick as Eric Garner lay dead on a Staten Island sidewalk, youth collectively dreamed of ending an era of discriminatory “broken windows” policing in New York City. This summer, after witnessing Michael Brown’s body lying in the streets of Ferguson for hours, LGBTQ youth across the country dreamed of systemic changes to the culture of policing nationwide, praying that “#ThisStopsToday!” In the wake of a summer of escalating brutality against black and brown bodies across the country, post-Ferguson, …

In the aftermath of a traumatic summer of nonstop police brutality, LGBTQ youth — from Ohio to Hong Kong, Staten Island to Ferguson — are dreaming.

This summer, after watching the clock tick as Eric Garner lay dead on a Staten Island sidewalk, youth collectively dreamed of ending an era of discriminatory “broken windows” policing in New York City. This summer, after witnessing Michael Brown’s body lying in the streets of Ferguson for hours, LGBTQ youth across the country dreamed of systemic changes to the culture of policing nationwide, praying that “#ThisStopsToday!”

In the wake of a summer of escalating brutality against black and brown bodies across the country, post-Ferguson, LGBTQ youth leaders and dreamers at Streetwise and Safe are uniting with communities across the country to call for change as a nonviolent way to channel our rage, hold elected officials and law enforcement accountable, and remove the bullseye target from our backs — because black, brown, and queer lives matter.

We are uniting to defend the dreams of our father and mothers — LGBTQ ancestors who have long been outspoken members of movements to challenge police profiling, militarization, excessive force and extrajudicial killing — including Bayard Rustin, Sylvia Rivera, James Baldwin, and Audre Lorde. This pantheon of heroes dreamed of a world where our lives, our bodies, our autonomy and our rights would be respected by those sworn and funded to protect us. We are uniting to encourage silenced LGBTQ young people of color to dream aloud and “Get Yr Rights!” because we are tired of being stopped and searched, frightened and frisked, strip searched, body slammed, put in chokeholds, dehumanized, demoralized and criminalized.

On November 13th, we called on the New York City Council to remember that politics is the art of the impossible. We asked courageous council members to exercise their oversight power to help make our dreams a reality by passing the Right to Know Act. This trust-building act would strengthen police accountability and transparency by requiring officers who stop us to identify themselves. Much like an officer would read us our Miranda rights, officers who drive patrol vehicles famously emblazoned with the slogan of “Courtesy, Professionalism and Respect” would practice those tenets by introducing themselves to us and informing us of our constitutional right to say no to searches that have no legal basis other than our presumed consent. 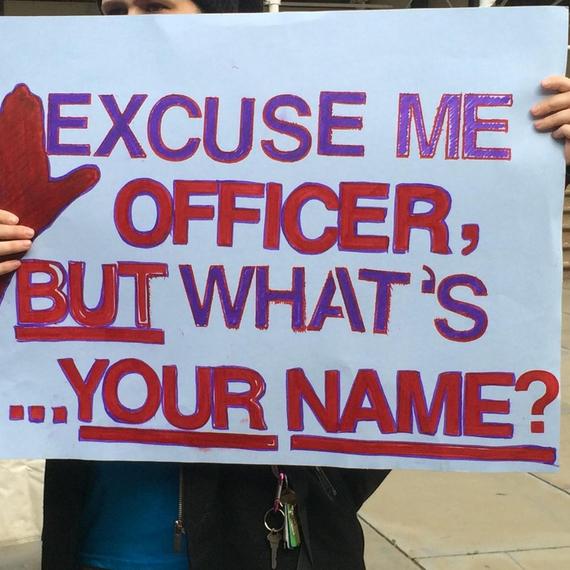 Much of the tension in Ferguson and New York stems from people of color being constantly subject to discriminatory stops and searches. Much of the frustration in Ferguson stems from officers refusing to identify themselves even after the Department of Justice mandated that officers display their badges. African-Americans were targeted for 86 percent of the stops conducted in St. Louis, even though officers are more likely to find drugs and contraband on their white neighbors. Studies of policing in St. Louis also show that black women report endemic sexual harassment by police in addition to unconstitutional stops and searches.

Though the Freedom Tower rises and the Statue of Liberty looms, the racial disparities are the same in New York City: According to the New York Civil Liberties Union, 85 percent of NYPD searches are of black and brown New Yorkers. Similarly, women describe sexual harassment as a frequent component of police encounters with New York’s finest.

Because our safety, our quality of life, and our future are at stake, dream big with us and demand not only that the NYPD don’t shoot us but that they also don’t search us unless they have probable cause or a warrant or have obtained objective proof of voluntary and informed consent by us to search us.

Far too many people in Ferguson, in Ohio, in Staten Island, and in Brooklyn have been searched and humiliated during searches supposedly based on our consent but really based on lack of information, on patriarchy and on intimidation.

I will never forget moving to this city for safety only to be stopped and searched on my way from folding clothes in the laundromat on the baseless suspicion that my laundry bags had drugs in them. When officers forced me to hand over my bags, even though I knew my rights, I felt powerless to say no. Officers found nothing, and there was no charge. But even today I don’t know who I would even complain about, because the officers didn’t identify themselves. I have a right to know who they were.

I will never forget being searched and humiliated with my friends in Marcus Garvey Park in Harlem while we were dancing to Beyoncé. When an officer forced us to hand over our bags without any legal basis, despite knowing that I had the right to deny consent, I felt too outnumbered and outgunned to say no. Police officers have a right to know that we have the power to say no to searches lacking probable cause.

My friend and fellow SAS leader, Trina, will never forget being ordered to open her purse in the West Village during a stop after the officer found no other reason to detain her. She was booked on charges of loitering for the purposes of prostitution based on the condom the officer found during a search she didn’t consent to. She has a right to know that the Constitution protects her denial of baseless searches.

Countless transgender and gender-nonconforming New Yorkers will never forget being ordered to lift up their shirts or skirts or forced to open up their pants so that an officer could satisfy their curiosity or, worse, assign them a gender — only to find out later that the search was based on their “consent” because there is no other legal basis for a “gender search.” They have a right to know that this practice is unlawful.

Ultimately, thousands of LGBTQ youth’s lives will forever be ruined by an officer’s order to empty their pockets without telling them that this was a “consent” search, bringing small amounts of marijuana into open view and into the realm of a disenfranchising misdemeanor that often leads to loss of employment, financial aid, custody of children, and housing. They have a right to know their power to say no.

During these nightmarish times, when LGBTQ youth of color are stopped and searched with no basis other than our presumed consent, we find ourselves feeling like the late Eric Garner and thinking in our heads what he said out loud: “Every time you see me, you want to mess with me. I’m tired of it. This stops today!” We also ask ourselves the same question that Garner asked shortly before his death: “Why are you doing this to me?”

Help us make history by calling on New York City Council members to pass the Right to Know Act. 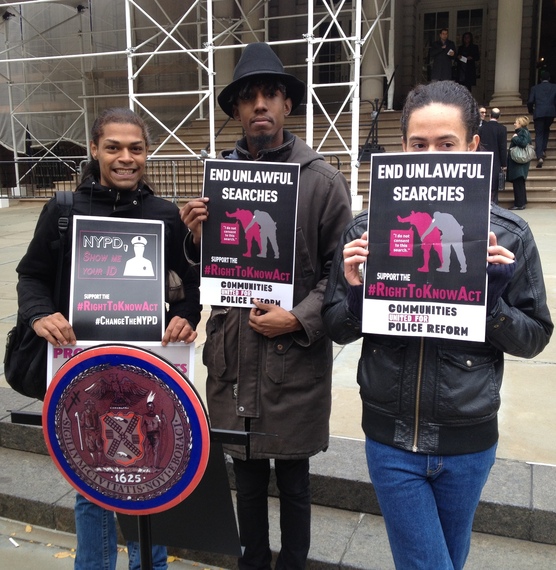 We Have a Dream: Improve Transparency and Accountability at the NYPD

Andra Day Is The 2nd Black Woman Ever To Win Golden Globe For Best...

They Were Young, Active and Suffering From Heart Failure