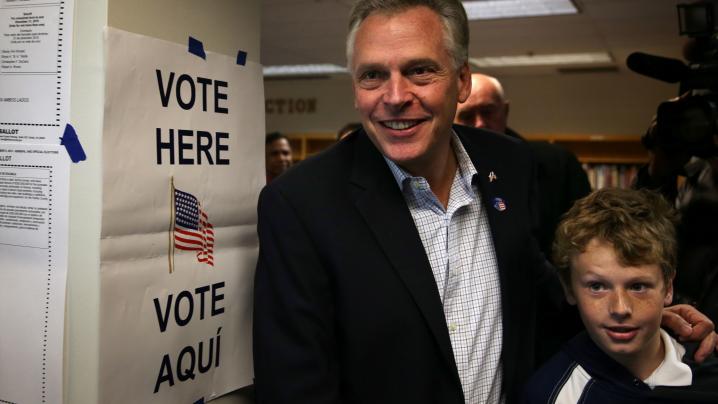 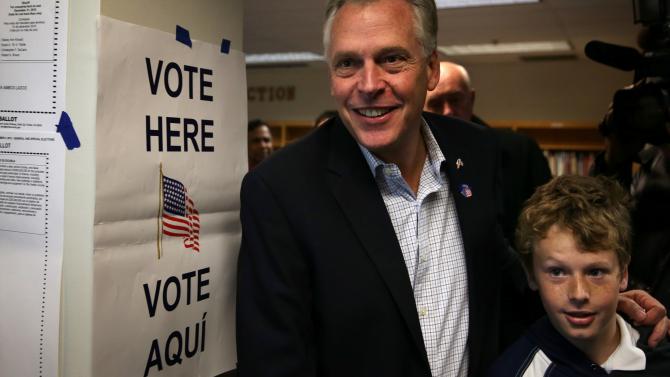 Democratic governor Virginia Terry McAuliffe and his son Peter leave a polling station after he casted his vote on Election Day November 5, 2013, in McLean, Va.

The Democratic governor of Virginia announced on Friday that more than 206,000 people convicted of felonies will now be eligible to vote in the state.

Gov. Terry McAuliffe signed an executive order on Friday restoring the civil rights of both nonviolent and violent former offenders, after completion of their sentence and all other requirements like supervised probation or parole, reports ABC News.

McAuliffe said the decision was part of ending racial injustices that have existed since the Virginia Constitution was enacted in 1902.

“We were one of the four worst states in the United States of America, so you bet race was a big issue,” he told ABC News. “What we did today remedied, literally going back to 1901 and 1902, a terrible injustice in the African-American community. Today we ended that horrible chapter of 115, 114 years.”

The Republican party of Virginia criticized the governor’s decision to include violent offenders under the order, calling it “political opportunism” and a “transparent effort to win votes” for Democrats, possibly even affecting the upcoming presidential election in November.

“Those who have paid their debts to society should be allowed full participation in society,” said the statement from the GOP-party chairman, John Whitbeck. “But there are limits.”

But McAuliffe, who overrode the Republican-led legislature on the issue told ABC News that he was not playing politics.

“Forget the elections, as governor I’ve got to make decisions that are the best interest I believe for the Commonwealth. It was morally the right thing to do and legally I have the right to do it,” he said.

McAuliffe has long been an advocate for easing some of the punitive measures in the commonwealth as it relates to felons and voting. Last June, he announced that the state will no longer require these ex-prisoners to pay outstanding court fees before they can vote again, fees many likened to the poll taxes used since Reconstruction to disenranchise black voters. Under the change, felons still had to pay the fees but non payment would not preclude them from casting a ballot.

The year before, McAuliffe reduced the mandatory waiting period for those convicted of a violent felony to apply to vote again.