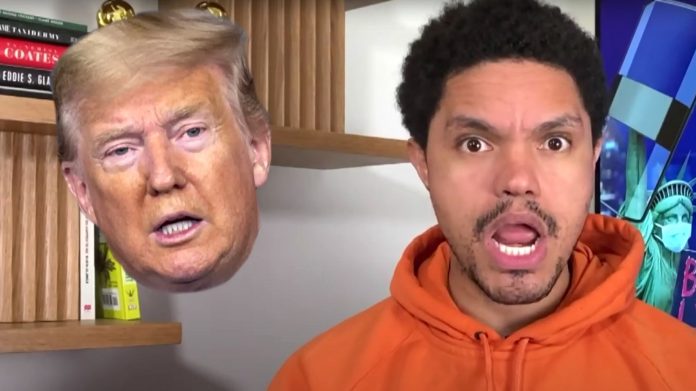 Trevor Noah went to town on Wednesday night mocking President Donald Trump and his allies for so far being confused about how to attack Sen. Kamala Harris (D-Calif.).

Noah, the host of Comedy Central’s “Daily Show,” suggested presumptive Democratic nominee Joe Biden’s pick of Harris as his running mate in the 2020 election was “a genius move” because “not only does she tick a bunch of boxes, but clearly conservatives are going to struggle to put her in one.”

“Oh man, poor Republicans, they’re so confused,” said Noah, after running footage of personalities on Fox News misfiring with their lines of attack on the presumptive vice-presidential candidate.

“Honestly, it’s kinda cute watching Republicans flail around trying to figure out the right talking points,” Noah added. ”It’s like when a litter of puppies is born but they haven’t opened their eyes yet.”

Kamala Harris is confusing the s**t out of Trump and Fox News. pic.twitter.com/YuwMQW0zAt

Tyler Herro’s big night brings attention to the message of Black Lives Matter The Miami Heat rookie on why he chose to put those...

Human Rights Fighter - September 24, 2020 0
LOUISVILLE, Ky. – Breonna Taylor’s name has been everywhere over the past six months. Athletes have lifted up her name. From the WNBA kicking...

Regina and I Take It On, Part 3: Violence Across Communities,...