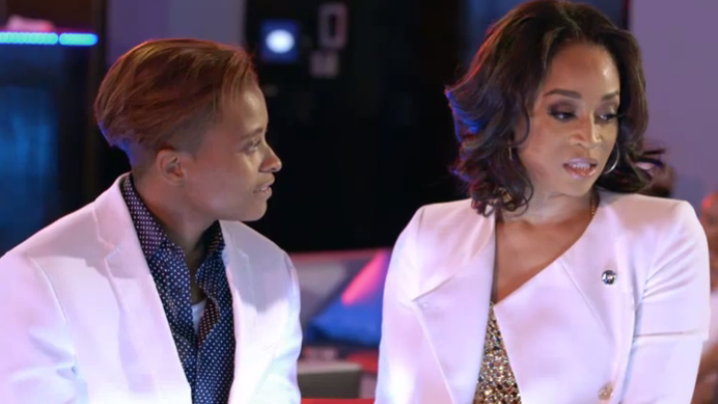 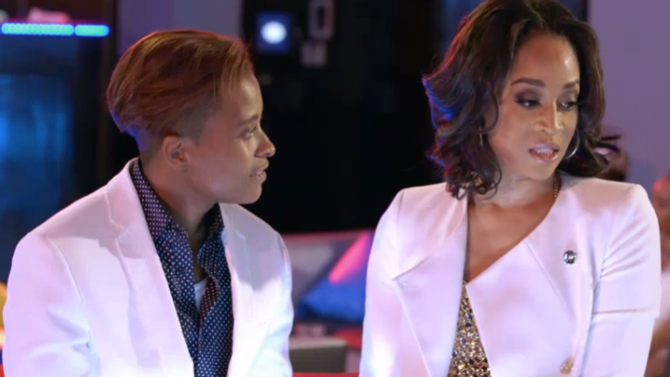 Chris Gould and Mimi Faust have everyone talking about their relationship.

During a recent academic media presentation, a colleague argued that reality TV hurts images of blackness more than it helps. Of course, I’d be foolish to argue that the way some shows are written doesn’t present questionable representations of black people, and particularly black women, but these shows can also create some teachable moments for us.

A series of such teachable moments are showing up in the newest season of Love & Hip Hop: Atlanta, in which two new queer cast members, D. Smith and Chris Gould, were introduced. Series creator Mona Scott-Young definitely has us tuning in, but the question is, will watching the show, and the queer lives being portrayed on it, help or hinder our collective understanding of black queerness? This question is especially important as we work to fight for all black lives, which, of course, include our sisters, brothers and others in the lesbian, gay, bisexual, transgender and queer community.

As much as black lives, in general, are under siege in the United States, members of black LGBTQ communities are fighting doubly hard to survive and thrive. One has only to read up on recent anti-gay legislation passed in both Mississippi and North Carolina that allows for serious discrimination against LGBTQ people under the guise of freedom of religion or public safety, or investigate the increasing number of black transgender women killed annually, to know how important accurate representations of queerness on television (and everywhere) are. Examining queer representations, even on reality-TV shows like Love & Hip Hop: Atlanta, is tiresome but necessary work, especially when we know that such representations can humanize LGBTQ people and help straight folks connect to their struggles in more meaningful ways.

Take music mama D. Smith, for instance—the producer, songwriter and performer who is a trans woman and is one year into transitioning from male to female. Smith is already having to challenge transphobic (and idiotic) commentary from several of her cast mates, including Lil Scrappy (who went on a rant recently, referring to trans women as “men in wigs”), and Waka Flocka Flame (who commented that trans people like Caitlyn Jenner are “marketing evil”). The first thing we have to understand when seeking to relate at all to trans people is that sex, gender identity, gender expression and sexual orientation can all be distinctly different. Our sex is simply what we are assigned at birth (and that assignment is traditionally male or female), and how we choose to identify, or even present ourselves, could be the exact opposite of the sex we’ve been assigned.

Another issue to consider as we discuss reactions to comments made against trans people like D. Smith is Deb’s (Waka’s mom) assertion that she did not raise her children to be homophobic. Queer activist and sex educator La Bianca Laureano had this to say about Deb’s claim: “Homophobia is not the issue, as D. Smith has yet to share her sexual orientation with viewers. She has only shared [that] she is a trans woman, and that is about gender and gender identity [not sexual orientation]. The term ‘transphobia’ or, more accurately, ‘transmisogynoir’ is what I believe is the root of what we are witnessing, or will witness, with D. Smith.” We simply have to get our language right when we talk about trans people, which includes using the proper pronouns when we address them.

Even deeper, we have to realize that casually calling trans folk “devilish” or accusing trans women of masquerading as “men in wigs” is part of the reason that black trans women (like Islan Nettles) are murdered for simply walking down the street. Or, as D. Smith reminds us, these kinds of microaggressions can cause those struggling with gender identity to really harm themselves.

The romantic relationship between LHHATL’s Mimi Faust and her new lover, Chris (who doesn’t identify or present as female), is also upsetting some and confusing others, especially because Mimi admits that she doesn’t consider herself to be a lesbian. How? Well, Chris, for one, doesn’t identify as a woman. In response to questions about their (“they” and “their” are the preferred pronouns for an individual like Chris, who is gender-nonconforming) relationship with Mimi, Chris has offered, “I would call myself ‘genderqueer.’ The reason why I wanted to label the heterosexualness of our relationship is because people tend to confuse gender identity with sexuality, and I wanted to make it clear that I identify as masculine and I’m only attracted to feminine women.”

Another topic that had tongues wagging is Chris admitting to Ariane that they are “touch me not,” which basically means that Chris prefers to give pleasure sexually as opposed to receiving it, and as they stated, they prefer not to be touched in certain places on their body that we might associate with being female. What we should remember, though, is that what Chris and Mimi are doing between the sheets is none of our business, and queer people don’t owe us peeks into their bedrooms to prove their humanity or “regularness.”

Laureano expressed some concern about how the show deals with queer sex and intimacy: “Here is where I see the main issue [regarding Mimi and Chris]: oversexualization of [queer/trans] black people. We are always reduced to what we do sexually or with our genital[s]. Q.T. people are more than sexual beings, and we must be cared for and valued beyond who we engage in sexual activity with and how we do so.”

The great thing about these kinds of storylines being presented on shows like Love & Hip Hop: Atlanta is that they are creating some important conversations that can lead to some even more important allyships for the LGBTQ community. As long as we can keep it cute, and keep those conversations respectful.

DOJ Agreement Would Crack Down On Ferguson Police, Court Abuses