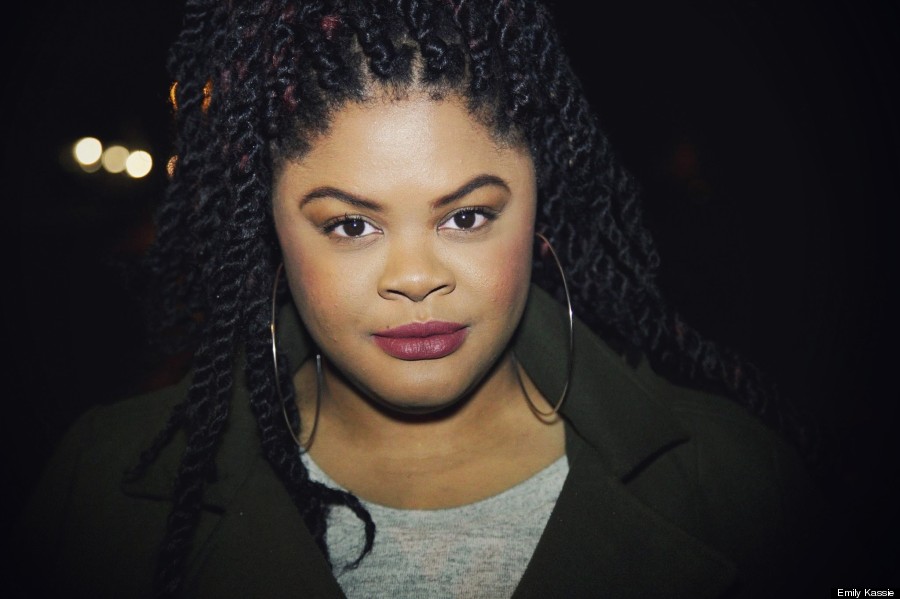 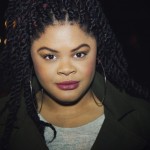 Johnetta “Netta” Elzie is part of a small group of activists in Ferguson, Missouri who have become essential sources of information about the protests. (Emily Kassie/The Huffington Post) FERGUSON, Mo. — In the beginning, they came to the protests just like everyone else. Alexis Templeton and Johnetta Elzie put their college studies on the back burner so they could join the marchers on West Florissant. Molly Greider, a paralegal in nearby Creve Coeur, would come by after her workday was over. Larry Fellows III took time off from his job at a health insurance company in St. Louis. And Deray McKesson drove all the way from Minneapolis, more than 400 miles to the north, motivated by a sense of outrage at the …

Johnetta “Netta” Elzie is part of a small group of activists in Ferguson, Missouri who have become essential sources of information about the protests. (Emily Kassie/The Huffington Post)

FERGUSON, Mo. — In the beginning, they came to the protests just like everyone else. Alexis Templeton and Johnetta Elzie put their college studies on the back burner so they could join the marchers on West Florissant. Molly Greider, a paralegal in nearby Creve Coeur, would come by after her workday was over. Larry Fellows III took time off from his job at a health insurance company in St. Louis. And Deray McKesson drove all the way from Minneapolis, more than 400 miles to the north, motivated by a sense of outrage at the death of Michael Brown and a desire to show support for the black community in Ferguson, Missouri.

“I took off work,” McKesson told The Huffington Post. “I made a Facebook status. And then I drove nine hours to Ferguson, not knowing anyone.”

They didn’t intend to become full-time protesters. But for more than 100 days now, they have stayed, facing tear gas, pepper spray and arrest — and becoming part of the tight-knit “protester family” here in the process.

The national media has once again descended on Ferguson in anticipation of the grand jury decision on whether to indict Darren Wilson, the police officer who on Aug. 9 fatally shot Brown, who was 18 and unarmed. That decision is expected to be announced before the end of the month, and possibly as early as Sunday. When it happens, media focus is likely to fall on this small group of activists, who have, among others, gradually become de facto spokespeople of the protest movement. Through regular updates on social media and by other channels, they have established themselves as essential sources of information from the protests’ front lines.

“The news wouldn’t stop,” McKesson, 29, told The Huffington Post, recalling the period immediately after Brown’s death. “Every day all this stuff was coming out, and for us in the protest community, so much was happening so quickly. We do this so that every day people can be reminded of what’s happening.” 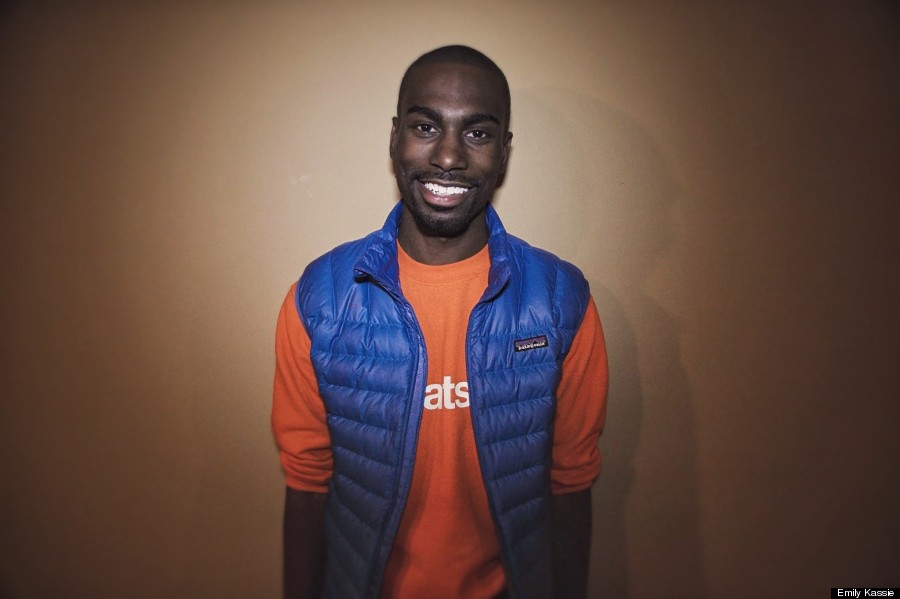 Since August, McKesson has made frequent trips to Ferguson from Minneapolis, where he works as a human resources director for the city’s public schools. In October, he created the Ferguson Protester Newsletter, a free roundup of news, tweets, photos and resources for activists and their supporters. At least 5,000 subscribers receive the newsletter in their email, more or less every day.

McKesson said he decided to put the newsletter together because he wanted to continue to support Ferguson even when he was several states away.

With the help of others, McKesson has also established a text message system to let people know when the grand jury’s decision is made public. Anyone can sign up to receive the alert, and more than 13,000 people have done so.

Since the end of October, McKesson has also helped organize a series of weekly conference calls, dubbed Ferguson Firesides, in which a panel of activists discuss their experiences in Ferguson and answer questions from listeners across the country. He and his fellow activists have also written a series of open letters about Ferguson that have been published in a number of news outlets, including The Huffington Post.

Elzie, 25, had been pursuing a degree in communications at Southeastern Missouri State University but decided to take a semester off in order to support the protests full-time. Now she is helping McKesson write and edit the newsletter.

“It was our chance to make sure the narrative stayed on track and refute all misconceptions that would be told through the media,” said Elzie.

No one appointed them to this role — and indeed, all of them are quick to stress that the protest movement has no official leaders. Yet McKesson, Elzie and the others have all been active on social media, posting regular updates from the protests. In the early days following Brown’s shooting, national news organizations highlighted their tweets and photos and contacted them for interviews. Soon, they became go-to sources of firsthand, real-time information from the area.

Templeton, 20, saw her Twitter following swell from about 1,000 people to more than 8,000. Soon she found herself paying more attention to social media than to her classes at the University of Missouri-St. Louis.

“You go to class and all you can do is look at your Twitter feed to see what’s going on and make sure no memorial is being burned down, or people aren’t getting beaten by the police,” said Templeton. 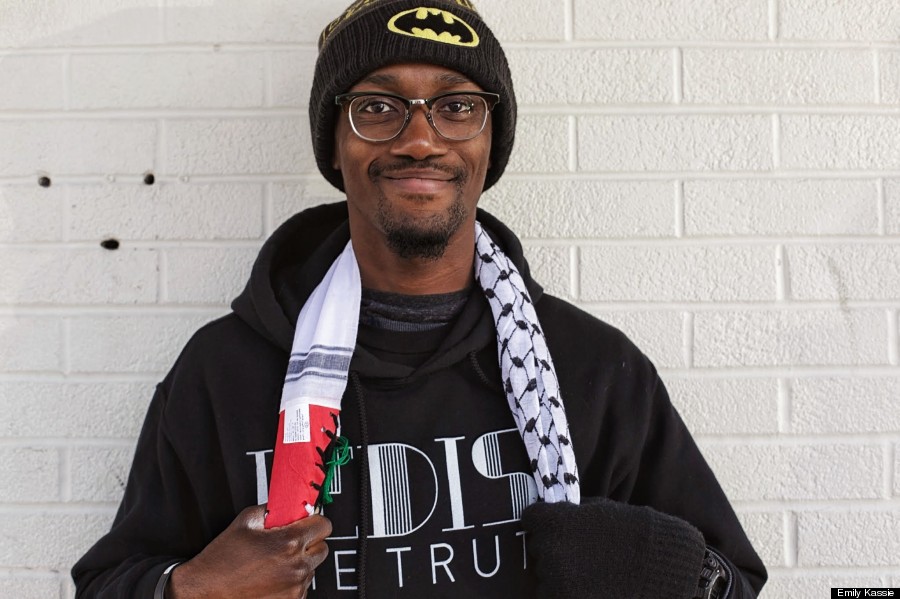 In recent weeks, some of the most visible activists have taken on responsibilities beyond simply broadcasting information about the events in Ferguson. For example, Ferguson Mayor James Knowles recently appointed Templeton to a task force that is working to form a citizens’ police review board.

Greider, 28, regularly attends meetings of the St. Louis County Council and has testified to them about issues affecting the black community in the area. She also organized a question-and-answer session in October between St. Louis police Chief Jon Belmar and a handful of protesters.

After 13 protesters were arrested on Oct. 3, Fellows helped negotiate their release from custody. He regularly attends meetings with different groups seeking justice for Brown.

“To see my people unified and fighting for the same actions has been inspiring,” he said. “When I’m away from home, to talk about it and show people that we are still protesting is amazing.”

The activists say they have no plans to stop their work, even once the grand jury’s decision becomes known.

Greider also said she’ll continue to attend meetings and hold Missouri officials accountable for their policies. “We must push for lasting changes,” she said. “We don’t want systemic and individual racism to continue in St. Louis and go unchecked.”

Templeton plans to work with Millennial Activists United, a local grassroots group that formed in August with the aim of bettering the community. Elzie is considering working with a social justice organization. Regardless of what happens next, she said, she will continue writing.

“My grandparents always said my generation doesn’t stand up for anything,” Elzie said. “They said I don’t fight for anything. Well, here I am.” 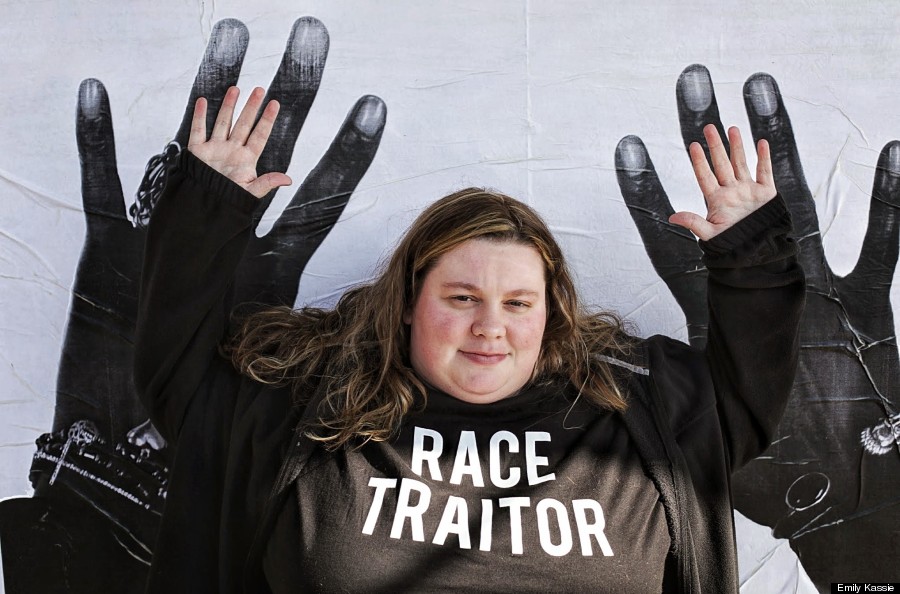 Molly Greider said the protesters have become like a second family to her. (Emily Kassie/The Huffington Post)