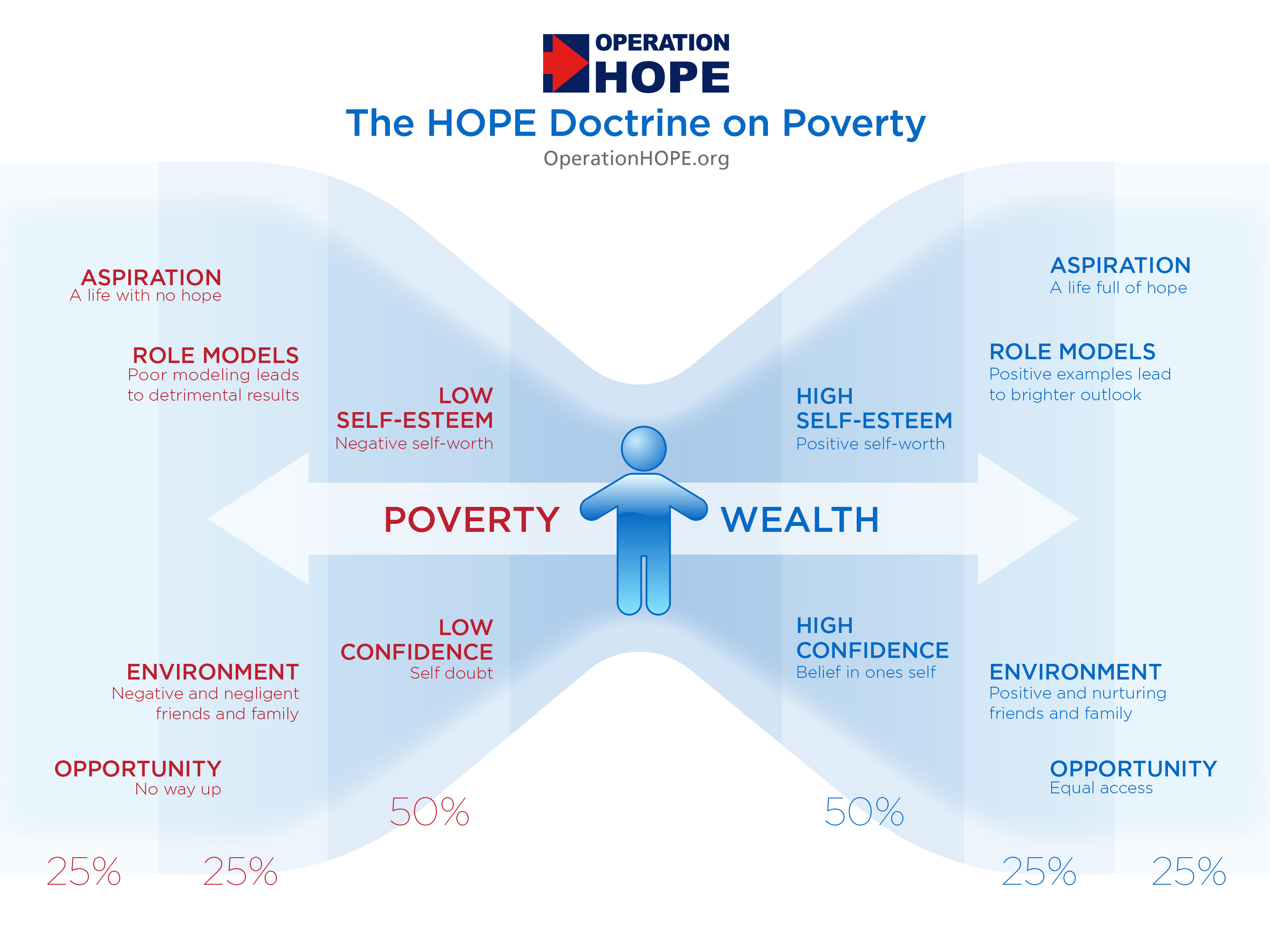 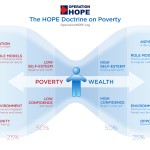 Ferguson, Missouri is dying, but quite possibly not for the reasons you might believe. Before I speak to the second death in Ferguson, let me acknowledge the first. Michael Brown and the criminal justice system, both lost in Ferguson, Missouri. There will be no public laying out of the facts before a jury of one’s own peers there. As a result, there will be no easy path to healing for those who feel the system does not work for them. This has to be said, and acknowledged. The pain for those who have experienced it is real. The pain of parents who have lost a child here is real. Whether the child was ‘ideal’ by your and my standards is irrelevant. Without acknowledgment and consideration, there…

Ferguson, Missouri is dying, but quite possibly not for the reasons you might believe.

Before I speak to the second death in Ferguson, let me acknowledge the first.

Michael Brown and the criminal justice system, both lost in Ferguson, Missouri.

There will be no public laying out of the facts before a jury of one’s own peers there. As a result, there will be no easy path to healing for those who feel the system does not work for them. This has to be said, and acknowledged.

The pain for those who have experienced it is real. The pain of parents who have lost a child here is real. Whether the child was ‘ideal’ by your and my standards is irrelevant. Without acknowledgment and consideration, there can be no healing.

We will now, each of us, have to make up our own minds as to what happened on that fateful afternoon in Ferguson, Missouri.

We will have to make up our own minds as to the appropriateness, or inappropriateness of the actions of both the unarmed youth, Michael Brown, and the officer, Darren Wilson. And there will be no easy answers here.

Facts surrounding the death of Michael Brown will be hotly debated for some time to come.

Debated like the Rodney King verdict was debated, following that devastating verdict in 1992, and in the aftermath of which, the likes of Operation HOPE founded by me to uplift people in that same community.

Rainbows only follow storms. Here’s hoping for a rainbow in Ferguson.

In many ways this public debate — in the midst of a nation’s pain, and a family’s very personal tragedy — makes this nation (and others like it where you have a voice and the freedom to use it) special. You have a right to raise your voice in America, and you should use that right.

Actually, our respectful disagreements actually make us stronger. From the Vietnam War to the Iraq War to Ferguson, we have both a right and a responsibility to make our voices heard when we disagree with our leaders.

Every good marriage is made of constructive friction, loss actually creates leaders, and you cannot have a rainbow without a storm first…

All this is true, but we must remember to raise our voices in respectful disagreement, rather than raising our hands in violent retribution.

But what if our response to legitimate suffering is to cause additional suffering? What then?

It is possible to win the battle (of our rage), and lose the war (of our collective renewal). This is precisely what is happening in Ferguson.

You see, there was another death in Ferguson, Missouri. last night. One not so obvious.

I am talking about the death of small business and jobs there, and with it, the resiliency of both community and a people in a once vibrant American city.

I’m not talking about the so-called “evil capitalists” that control billions and order our lives from afar.

I’m not even talking about businesses that played some negative role in creating an environment of crisis, such as was the case in the Rodney King riots of 1992.

I’m talking about mom-and-pop small business owners — including gas stations and convenience stores and hair salons — that power 4 million of the 6 million businesses in America that employ one person or more across the nation.

I’m talking mostly about small businesses that on average take in $250,000 in a very good year. Maybe even $100,000 on average. And as a result of this, the owners are able to take care of their responsibilities, put a roof over their children’s heads, and food on the table. From this, they send their kids to college, pay their taxes, and go on one vacation a year. These so-called business “capitalists,” which are more than 70 percent of all businesses in America, and the vast majority around the world, look more like the average you and the average me. They are you and me, and destroying them destroys us too.

None of these businesses had anything to do with the injustices of Ferguson and its criminal justice system, but many may never open again, or even have a desire to come back. And given that 92 percent of all jobs in America are private sector, this means that a community that had few jobs before the Michael Brown crisis, now will have significantly less still.

And what Ferguson, especially the youth of Ferguson, need almost as much as they feel a need for social and criminal justice, are jobs. Or maybe even a few more Steve Jobs emerging from our inner-cities.

Just listen to 11-year-old Marquis Govan tell the St. Louis Commission who looked into this crisis a few weeks ago, in his own inspiring words. In short, he said “We don’t need more tear gas, we need jobs.”

Brilliance and solutions, from an 11-year-old Ferguson future leader.

In addition to making sure the criminal justice system works for all, a true revival and renewal of jobs and economic opportunity is quite possibly the only real way to properly honor the memory of a young life lost. A sustainable renewal and revitalization of an otherwise dying American city, benefiting generations yet unborn. And dying, Ferguson is.

But how is anyone supposed to know any of this in a place like Ferguson? The fact is, the new and well-meaning residents of Ferguson, Missouri never got what I refer to in my last book as #TheMemo.

They never got #TheMemo on how the free enterprise system works, or perhaps how to create wealth and jobs for themselves, and those they love, care for and desire to protect. Or even a simple lesson on the language of money.

The inability of understanding the system, and how to create a sustainable life for oneself is not only driving unemployment up, and crime with it in places like Ferguson, it may possibly explain why a young man with an otherwise bright future like Michael Brown took a few cigars from a store, instead of finding a way to pay for them.

I remember taking candy from a Thrifty’s Store growing up in Compton, California. Lucky for me, someone from the store stopped and talked me out of my problems, and others preached me into my own sense of personal opportunity, instead of simply and reactively responding with violence to my act of short-sighted personal stupidity.

The people who called Ferguson home for 100 years, and until as late as the year 2000, actually got that Memo. They got it from their mothers and fathers, their mentors and their friends, who also were priority owners and business owners. And, as a result, they owned most of the homes and businesses there. And possibly still do. And unfortunately, most still also control the seats of power in Ferguson (government), and as we now know, the law enforcement too (a police department that doesn’t reflect the cultural or racial makeup of the neighborhoods they protect).

But when you better understand the plight of those who never got The Memo, it may also account for the seeming disconnect between their own jobs, their community’s own needs and resources, and the looting that occurred.

The facts and stats behind the real Ferguson are nothing less than stunning. And here is just one — Ferguson, Missouri represents the widest racial gap of the unbanked in the entire nation according to the Federal Deposit Insurance Corporation.

All of these problems in Ferguson are not accidental. This was and remains a train wreck just waiting to happen, and we are all watching it unfold on the 11 p.m. news.

And so yes, we must pursue our social justice agenda in Ferguson, but we must also stop killing the goose that lays all the eggs — and not only in Ferguson, but in each and every stabilized community here and around the world — small business and the entrepreneurial spirit.

Remember, a broke person cannot help the poor of Ferguson escape their own poverty. To quote Shimon Peres when I last saw him in Jordan:

… even if you want to distribute money like a socialist, you have to first start collecting money like a capitalist.

Help me and a growing army of silver rights soldiers to deliver The Memo in places like Ferguson. In fact, help me in Ferguson. Make a commitment to advance Project 5117, a wholly philanthropic effort with no profit motive for the organizers. Do this, and to be a witness to expand opportunity for all, in our own lifetime.

Let’s figure out what we are for, in a world that increasingly seems to only be convinced about what it is against.

John Hope Bryant is the founder, chairman, and CEO of Operation HOPE and Bryant Group Companies, Inc. Magazine/CEO READ bestselling business author of LOVE LEADERSHIP: The New Way to Lead in a Fear-Based World (Jossey-Bass). His newest bestselling book is How The Poor Can Save Capitalism (Berrett Koehler Publishing).

Bryant is a Member of the U.S. President’s Advisory Council on Financial Capability for Young Americans, co-founder of the Gallup-HOPE Index and co-chair for Project 5117, which is a plan for the rebirth of underserved America.

The Second Victim of Ferguson: The Death of Business and Jobs

Remembering Hank Aaron at the site of No. 715 Generations of fans visited the Atlanta landmark to celebrate Aaron’s life and contributions to baseball

Remembering Hank Aaron at the site of No. 715 Generations of fans visited the...

Human Rights Fighter - January 22, 2021 0
Hank Aaron was far more than a Hall of Fame baseball player to me. He is an inspiration to me in many ways....

Human Rights Fighter - January 22, 2021 0
This is the best time of year for Kansas City Chiefs quarterback Patrick Mahomes, and a quick review of the club’s recent playoff...

Human Rights Fighter - January 21, 2021 0
When Kamala Harris stands on the inaugural platform and swears fealty to the Constitution of the United States, her oath will lift her...

When It Comes to Voting, Conservatives Want Some People to Count...