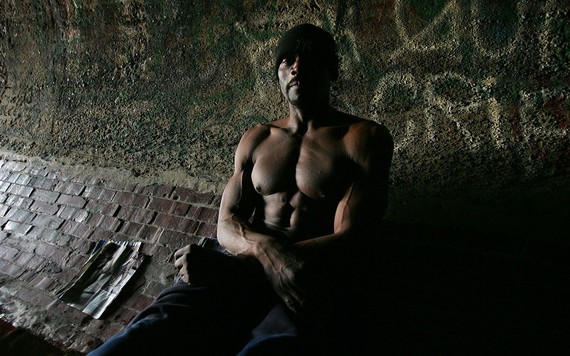 Every year, hundreds of thousands of family and friends bury loved ones because of the ongoing opioid overdose crisis happening across the Unites States– a crisis that could have been largely prevented. Researchers and health professionals link today’s predicament to the explosion of opioid prescriptions in the 1990s when there was an increased prescription drug usage of medications to treat pain like OxyContin and from youth experimentation.

Now, as awareness of this problem surfaces, prescription opioids become harder to access, leading addicts to turn to heroin, which is often cheaper and more readily available. But the origins of this crisis began long before the 1990’s. It existed relatively unaddressed within communities of color for at least 20 years prior with little response by way of government support or resources.

Perhaps our biggest drug policy reform failures stem from the historic, unrelenting structural racism inherent in the way our nation responds to the drugs crisis. Today, there are national and statewide taskforces with millions of dollars allocated to address and eradicate the “heroin and opiate” epidemic ravaging the middle and upper classes. Just this week, President Obama proposed $1.1 billion to combat the problem.

Blacks and Latinos stand by, watching as public health officials rush to bring an abundance of resources in to help predominantly White communities, but we haven’t forgotten how a similar amount of money was allocated to helping the police rush into our neighborhoods– not to help those of us dying from drug use– but to arrest or remove unsightly Black “junkies” from the public streets. The outpouring of sympathy we are seeing for the loss of White lives is and has been utterly absent for the Black and Brown lives lost due to drug overdoses.

If we had allotted a fraction of the care and capital in the 1970s to those in the Black and Latino communities struggling with addiction, we may not have the opioid epidemic we do now. Naloxone, the opioid overdose reversal drug, is being offered over the counter in pharmacies across the country. It has sparked an increase in public education and awareness, which started after accidental overdose deaths passed vehicular deaths. But why did it take so long for this shift to happen? One reason is that the people who were dying of heroin, for the most part, were perceived to be poor Blacks and Latinos. And this largely unaddressed crisis is just more evidence that in the U.S., Black lives do not matter.

Structural and institutional racism uplifts Whiteness and does so at a steep cost to those who are its intended targets. It is precisely because Black lives didn’t matter for decades that White upper middle class people are dying in staggering numbers today. It’s time to seriously take the call to honor Black lives because when our lives matter, everyone benefits, including Whites.

Kassandra Frederique is the New York State Director for the Drug Policy Alliance, where she builds powerful coalitions in communities devastated by drug misuse and the war on drugs.

21 Glorious Vintage Photos Of Kids Having Fun Before The Internet

Why Even Small, Progressive Grinnell College Has Trouble Dealing With Sexual...