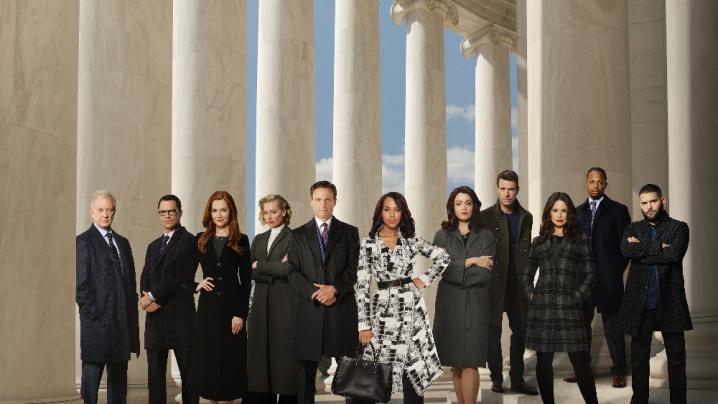 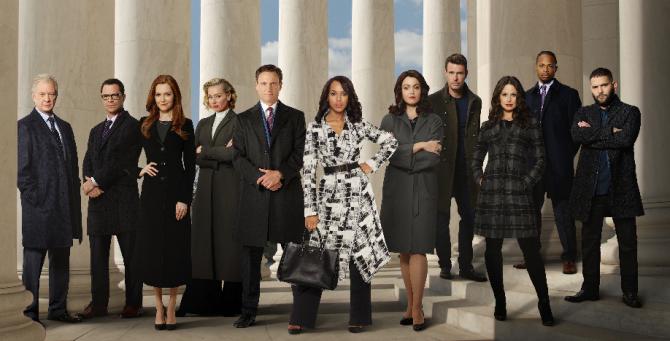 The cast of Scandal

Welp. It looks like Scandal’s winter hiatus might have lasted longer than Olivia and Fitz’s disastrous attempt to finally give their relationship a legitimate chance. In case you forgot, the first half of season 5 of Scandal brought us a quickie divorce, a wack proposal, a canceled wedding, an abortion and a bunch of moving boxes. Here’s a quick refresher to get you up to speed for Scandal’s return Thursday. Try to keep up, OK?

At the beginning of the season, President Fitz Grant had kicked former first lady Mellie Grant, who had just been elected the junior senator from Virginia, out of the White House. He was ready to take his relationship with Olivia out of the darkness and into the light, but Olivia didn’t think they were ready.

It didn’t matter, though, because before Olivia could figure out what she wanted to do, Sally Langston outed Olivia and Fitz on The Liberty Report. Finally, after some hemming and hawing, Olivia boldly affirmed their relationship for all the world. However, from the moment that Olivia became America’s mistress or first side piece, whichever you prefer, “Olitz” was on a fast track toward the end.

First the media dragged Olivia around town by her edges, with nicknames like “Olivia Poke” and headlines like “Here We Ho Again.” Then the Senate launched a formal investigation into Fitz and Liv’s relationship with the goal of impeaching Fitz.

Fitz’s chief of staff, Cyrus Beene, suggested that Fitz and Olivia get married to save his presidency—the Washington, D.C., political version of a shotgun wedding—so Fitz pulled off the least-inspired proposal ever, but Olivia was like, “Or nah.” Once again, she didn’t think they were ready.

Instead, Olivia drummed up a plan B to avoid having to marry Fitz to keep him from getting impeached. Her father, Rowan, offered to blackmail the members of the impeachment committee in exchange for getting him out of prison, but Mellie wouldn’t agree to help Liv by releasing him (because he killed her son, remember?). So the next morning, Olivia reluctantly responded to Fitz’s proposal with the equivalent of “Fine.”

But right before Olivia and Fitz were about to have some sad Oval Office administrative procedure that looked kinda, sorta like a wedding, Mellie changed her mind and agreed to release Rowan in exchange for Olivia’s help in getting her elected president. And so it went. Rowan blackmailed the impeachment-committee members, they called off the investigation and Olivia didn’t have to marry Fitz. Phew! All was well.

Well, it was until Cyrus, who was tired of Olivia strutting up and through the Oval Office as if she’d put in on the rent and operating Fitz like a sock puppet, found out that Olivia was behind Rowan’s release from prison. He promptly had Attorney General David Rosen arrest her in hopes that he could get rid of Olivia once and for all.

Silly rabbit. Fitz wouldn’t let a little thing like Olivia’s releasing from prison the man who killed his son so that she wouldn’t have to marry him stop him from trying to be with her. Nope. Instead, without asking Olivia, Fitz moved her into the White House executive residence for safekeeping, and before you knew it, Olivia was hosting holiday parties, giving White House tours and tracking down snickerdoodle recipes for senators’ wives.

Meanwhile, Mellie was out in the world making a difference—orchestrating a 16-hour filibuster to ensure that a bill that would potentially defund Planned Parenthood didn’t pass. My, how the tables had turned. Olivia used to wear the white hat, while Mellie was trapped inside the White House picking out china patterns for dinner parties.

It was all too much for Olivia, who, after having an abortion, came back to the White House and declared, “There is no us! There is no Vermont! There is no jam! There is no future!” And with that, she moved back into her own home to drink a relaxing glass of red wine on the new couch that she finally bought to replace the one whose cushion was ruined when she was kidnapped last year.

In other news … with Mellie’s epic filibuster, she catapulted herself into the political stratosphere, providing a nice launching point for her forthcoming presidential bid.

Elizabeth North slicked her way back into the White House as Vice President Susan Ross’ chief of staff. Elizabeth also started having an affair with David, which is unfortunate because Susan, her new boss, has caught (some really adorable) feelings for David.

And someone or something that goes by Lazarus One is after Papa Pope, and it’s the first time we’ve ever seen Papa Pope shaken.

All caught up? Good. By the way, where in the world is Mama Pope???