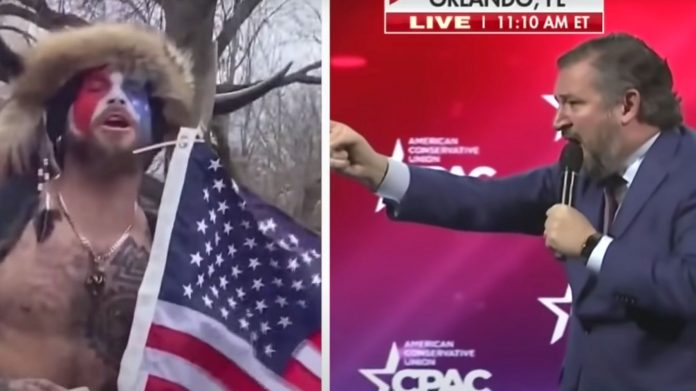 “The Daily Show With Trevor Noah” montage highlights how speakers — including Sen. Ted Cruz (R-Texas) and Donald Trump Jr. — used the same frenzied language in their addresses on Friday as the violent mob of then-President Donald Trump’s supporters who stormed the U.S. Capitol on Jan. 6.

Scandal: The Romanticization of Dysfunctional Relationships