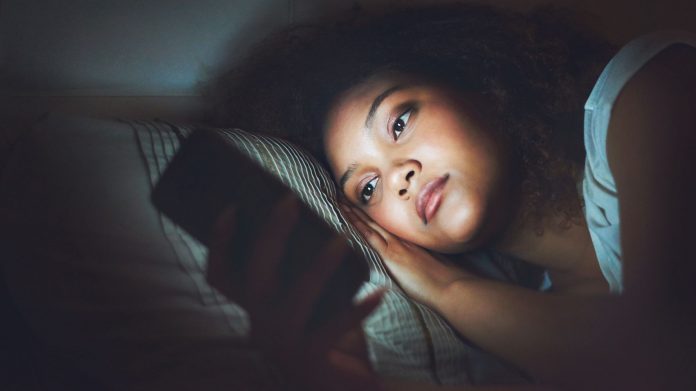 And while many people are on their phones until they go to sleep, most people are still able to sleep, noted Rafael Pelayo, a sleep specialist at Stanford Health Care. He added that it’s not the act of actually being on our phones before bed that keeps us up at night, but it is instead the type of content that is being consumed before bed that impacts a good or bad night’s rest.

He added that checking on something that you know will cause you stress can result in a restless night. Alternatively, using your phone as a soothing tool or as a way to close out the day can help aid your sleep.

Below, sleep experts share what to do ― and what not to do ― on your phone to help you have a restful night of sleep.

Be intentional about the notifications that you check

Pelayo suggested using your phone as an end-of-day wrap-up tool before bed. Check the weather for tomorrow, ask a friend a question or pick out the workout you want to do in the morning.

Whatever you do, don’t check notifications you know are going to stress you out, like news updates or emails. Be conscious of the alerts that are grabbing your attention and whether they’re going to promote a restful night’s sleep.

“The most disturbing thing about screens is when they’re at their highest brightness, [they] emit a color that is close to the natural light that we have in our environment,” said Rebecca Robbins, an instructor in medicine at Harvard Medical School and associate scientist in the Division of Sleep and Circadian Disorders at Brigham and Women’s Hospital.

She added that, specifically, the blue light given off from phone screens can have the same physiological alerting effect that the sun has on the body and brain.

Many phones have settings that shift the screen’s hue automatically. On the iPhone, the functionality is called Night Shift, and on Samsung phones, a setting called Blue Light Filter does the same thing. On other Android phones, the setting is called Night Light. If your phone doesn’t offer this setting, there are apps available to download for free that adjust your phone’s hue as you near bedtime.

According to Robbins, changing your phone’s pre-programmed blue color setting to a warmer hue can help you feel sleepy and relaxed. She suggested switching the settings either around the time that the sun sets or an hour or two before bed.

According to the Pew Research Center, roughly 7 out of 10 Americans use social media. While it isn’t inherently bad to check Twitter or Instagram before bed, Robbins stressed that social media use right before bed could result in a restless night.

“One of the hardest things about social media is you lose control,” she said. Meaning, while you can select who you’re friends with on Facebook, you can’t control what they post or the targeted ads or news updates that appear in your feed or if someone posts something that upsets you.

Robbins stated that since we can’t choose everything we see on social media, it may not always show you sleep-friendly content. If you want to look at social media before bed, try looking through specific accounts you know will bring you some calm (like some of these mental health Instagram accounts). Otherwise, save the apps for earlier in the day if you can.

Try out a meditation app

Using your phone in bed isn’t a reason for shame, Pelayo stressed. Many people use meditation apps as a way to fall asleep. He noted that, in this case, the phone is more than a phone, it’s a useful tool for sleep.

Downloadable meditation apps like Headspace, Shine and Calm teach newbies how to meditate and the importance of the practice, and also offer guided meditations for users of all levels.

Listen to stories on your phone before bed

“Stories are one of the forms of information that we received when we were very, very young,” Robbins said. “So we’re programmed to have a story around bedtime.”

You can download storytelling programs on your smartphone that can help ease you into sleep. Apps like Audible and Libby allow users to download a range of audiobooks to listen to, including bestsellers, children’s books, works of nonfiction and collections of short stories.

Set an alarm for bedtime

Take advantage of your phone’s alarm clock functionality by setting a bedtime alarm clock, Robbins recommended. That way, if you’re down a social media rabbit hole when you should be getting ready for bed, an evening alarm can remind you to stop scrolling.

“If you set a soothing alarm for your bedtime, it can help you bring a little more awareness to a time when you should be starting to power down,” she said, adding that powering down can mean meditation, breath work or stepping into a warm shower.

“We’re so devoted to [alarms for] when we wake up. We have much less awareness about our bedtime,” she said.

Overall, try to use your phone as a tool to increase your sense of serenity

Pelayo stressed that when it comes to smartphone use before bed, the end goal should be reaching a sense of serenity after you check your phone. If using it for meditation before sleep achieves that goal, great. If watching TikTok helps you get there, that’s great, too.

“The phone can be a great tool if you’re worried about getting up late for work or missing an early morning flight,” he said. In those cases, your phone can serve as an alarm clock and help you drift off to sleep knowing that you’ll be woken up at the necessary time in the morning.

Pelayo stressed that those who use their phone up until bedtime and even in bed shouldn’t feel ashamed. When used in the right way, it can be a helpful tool for many as they drift off to sleep.

How To Find A Therapist Who Focuses On Black Mental Health

12 Tweets On Gun Violence And Mental Health Everyone Should Read

Lessons from a Journey Back to Intuitive Eating