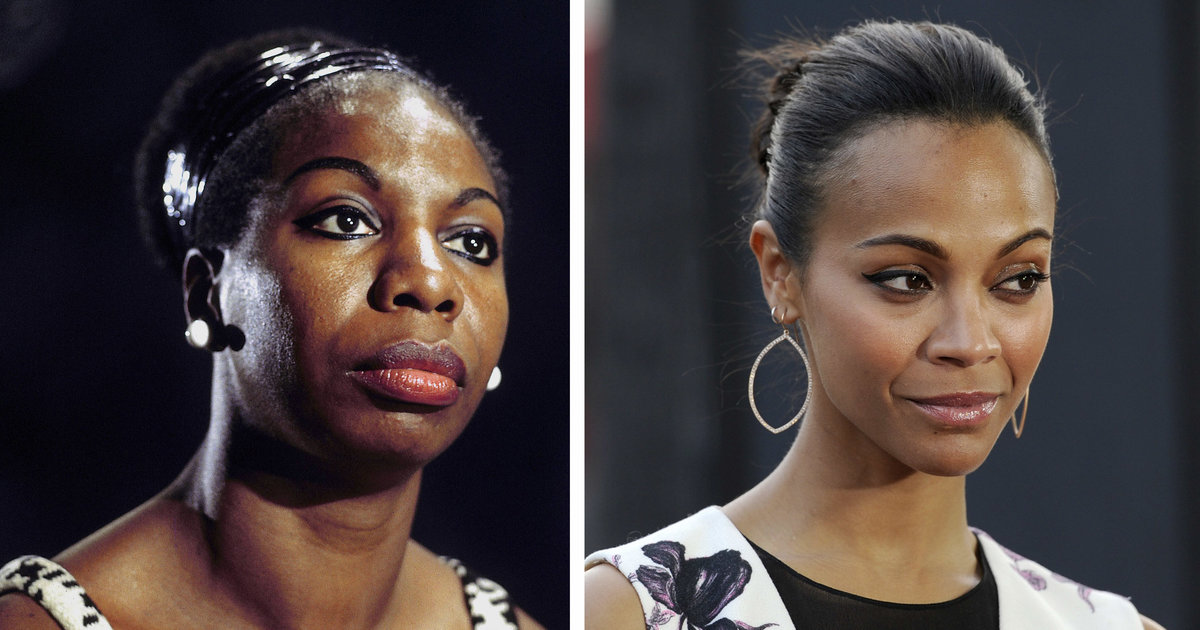 While India.Arie recently added to the surge of critics referring to Zoe Saldana’s portrayal of Nina Simone in the forthcoming biopic “Nina” as “tone-deaf casting,” Queen Latifah and Paula Patton are coming to the actress’ defense.

At the Hollywood premiere of “The Perfect Match” on Monday, Latifah was asked by an Associated Press reporter on the red carpet to give her thoughts on the hailstorm of criticism Saldana has faced since landing the role.

“I think Zoe Saldana’s a great actress. So I am looking forward to it,” Latifah responded before adding. “She is of African descent, I don’t see why she shouldn’t play the role. I just want to see it.”

Patton echoed Latifah’s thoughts by stating the criticism is a “horrible thing” to cast on someone without seeing the film first in its entirety.

“Clearly, someone thought she was perfect for it,” Patton said. “She’s an amazing actress, she’s beautiful, and you haven’t even given her a chance and you haven’t seen it yet. So I wouldn’t want to put that kind of judgement on anything that I haven’t seen, first and foremost, but most importantly imagine being in her shoes and enduring that. It’s not cool, and it’s not right… This was a magnificent woman. Zoe is absolutely an incredible actress, so give her a shot and try to enjoy and stop judging.”

The world will finally have a chance to make a full assessment of Saldana’s performance as the music icon when “Nina” hits theaters and video on-demand platforms on April 22.

Check out more of Queen Latifah and Paula Patton’s thoughts on Zoe Saldana’s role as Nina Simone in the clip above.