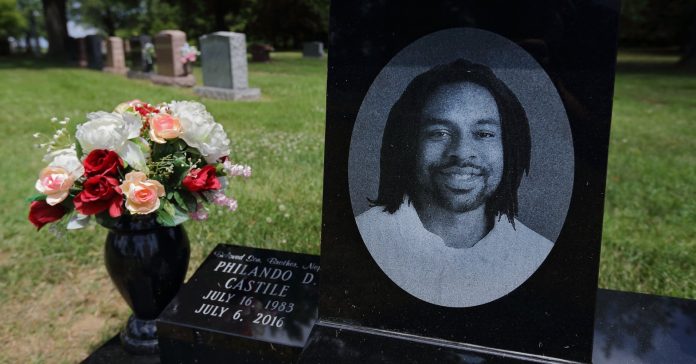 Two years after he was fatally shot by a police officer in Minnesota, Philando Castile is still helping students afford lunch.

A charity created in Castile’s honor has paid off the lunch debt for every student in the 56 schools in the St. Paul Public School District, including the school where Castile worked as a cafeteria supervisor.

“That means no parent of the 37,000 kids who eat meals at school need worry about how to pay that overdue debt,” a charity organizer wrote on the “Philando Feeds the Children” fundraising page.

Castile had worked as a cafeteria supervisor at the J.J. Hill Montessori Magnet School in St. Paul for two years at the time he was killed.

In 2017, around the anniversary of Castile’s death, families of children at J.J. Hill told the Pioneer Press that Castile often high-fived students and helped them with their lunches.

Pam Fergus, an educator who launched the charity, told CNN she delivered a $35,000 check to the St. Paul Public School District this week. The charity, which had an original goal of raising $5,000, now has more than $117,000 in donations, according to the YouCaring page. The funds will continue to pay for student lunches “for years to come,” Fergus wrote in a fundraising update.

Fergus told Fox 9 News that Castile was known at his school for paying for students’ lunches when they couldn’t afford it.

“Philando was famous for that,” she said. “His mother told me that every day he would call her after leaving his job at J.J. Hill and talk about the kids. Another kid didn’t have the money in his account, so Philando would take $3 out of his pocket and buy that kid’s lunch for the day.”

In July 2016, St. Anthony Police Officer Jeronimo Yanez shot and killed Castile after pulling him over for a broken taillight in a St. Paul suburb.

Footage of the incident from a police dash cam and Reynolds’ camera shows Castile calmly telling Yanez he had a firearm. After the shooting, Reynolds said Yanez had just asked Castile for his license and registration, adding that Castile was licensed to carry.

Castile’s death sparked nationwide protests against police violence after the shooting and again after Yanez was found not guilty of manslaughter.

Now that the charity has reached well over its fundraising goal, Fergus hopes it can continue to raise money for more schools in Minnesota.

“I don’t know how much it would take to help the whole state of Minnesota,” Fergus told CNN. “There is no end goal. Basically, I want a million bucks in there.”

Everything You Need To Know About Chicago’s New National Park

New York Democrats Outraged By Decision Not To Indict In Eric...