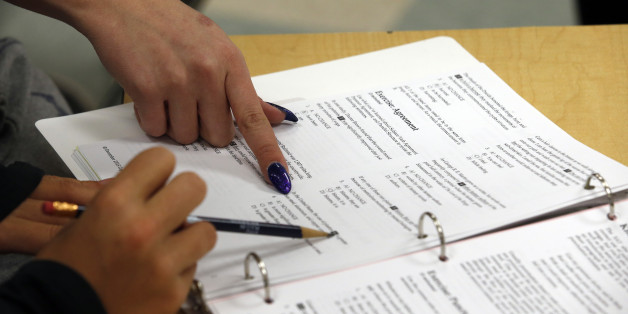 Boycotting standardized tests may seem like a good idea, but hurts black learners most.

A recent trend has begun to gain an alarming amount of steam across the country. The bad rap often given to measures meant to ensure accountability in public education has led a growing group of parents to make the curious choice of allowing their children to “opt out” of standardized state testing in English and Math. In discussions around standardized testing and the opt-out movement, however, what is being missed is the combination of race and class when examining more closely who is opting out and who is affected. The decision to opt out is most often being exercised by suburban whites in better performing school districts.

To put it plainly: white parents from well-funded and highly performing areas are participating in petulant, poorly conceived protests that are ultimately affecting inner-city blacks at schools that need the funding and measures of accountability to ensure any hope of progress in performance. For example, in New York, while the numbers of students choosing to opt out was substantial, only 2% of the students who did opt out were from New York City. When the number of students who opt out in a state dips below a certain number in a state–often as high as 95%–it can affect both federal and state funding for school districts. The areas are often hit
hardest are often the ones that were already performing poorly, where support and accountability are two imperatives toward improvement.

This is one of the more obvious examples of the sort of “double bonus” that privilege can create. The ability to opt out of standardized testing without serious concern for the consequences on parents’ school districts is only buttressed by the notion of having greater availability of alternative options. Choice in quality education, unfortunately, remains elusive for inner-city families for several reasons. For example, if a particular school zone is lacking in options for good schools, picking up and moving to an area with more choices is often not an option many can afford, information about school quality can be difficult to access, and with the rising-costs of high-quality private school education further out of reach it can make things even more difficult. Simply put, opting out hits the hardest on families that can absorb it the least.

Groups of parent activists have been popping up across the country expressing their disapproval over standardized testing. While there should be concerns raised over excessive testing and devoting too much classroom instruction to test prep, the long-term effects of opting out could be even worse, particularly for communities of color. Even more troublesome, the immediate effects of losing federal funding has a real impact on schools least able to take the hit.

The negative associations many of us attach to Common Core, standardized testing, and teacher evaluations stem from a false narrative on the state of our education system and short-sighted ideas on how to fix it. Many have been conditioned to focus on the criticisms that the common core method forces teachers to instruct solely for the purpose of passing tests in a system already biased against black and Latino learners. What many of these critics often ignore, however, is the high standards and academic rigor that are often reinforced through the system and the accountability that results for teachers and schools as a result. Standardized testing, albeit imperfect, remains one of the best ways to ensure that teachers, schools, and school districts are held accountable for making sure children are succeeding.

Many of issues that those who are protesting the state of the education system do warrant consideration. For every new developed practice in education circles that carries a degree of promise, there seems to be two more that threaten equal amounts of peril. There is little disagreement that current system can stand to be improved. Still, eliminating the existing measures that keep schools honest while also taking measures that will ultimately decrease the funding for students who need it most is a flat out bad idea.

Opting out is not a solution, and threatens to make the overall problem worse.

Charles F. Coleman Jr. is a civil rights attorney and former Brooklyn, NY prosecutor. He is also an adjunct professor at Berkeley College in New York. Follow him on Twitter @CFColemanJr.

Tyler Herro’s big night brings attention to the message of Black Lives Matter The Miami Heat rookie on why he chose to put those...

Air Jordan 35 officially unveiled with a design inspired by the brand’s rising stars...

Human Rights Fighter - September 25, 2020 0
In February 1990, the soon-to-be 27-year-old Michael Jordan unveiled the Air Jordan 5 for the first time during NBA All-Star Weekend in Miami. He...

Human Rights Fighter - September 24, 2020 0
LOUISVILLE, Ky. – Breonna Taylor’s name has been everywhere over the past six months. Athletes have lifted up her name. From the WNBA kicking...

Imagine How Different Our Country Will Be When We, Collectively, Honor...

These Sisters Are Using Their Dance Moves To Empower The Youth