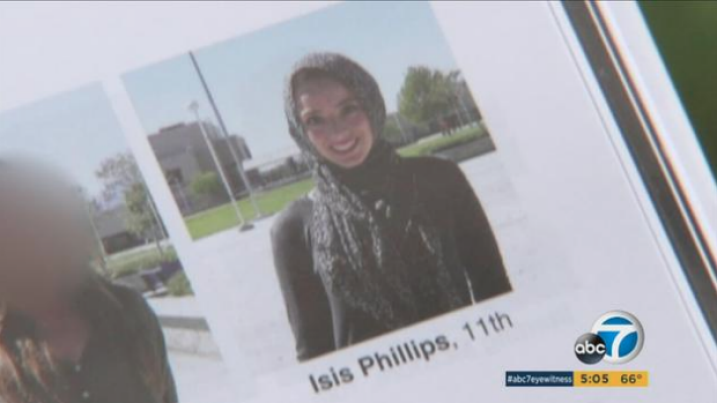 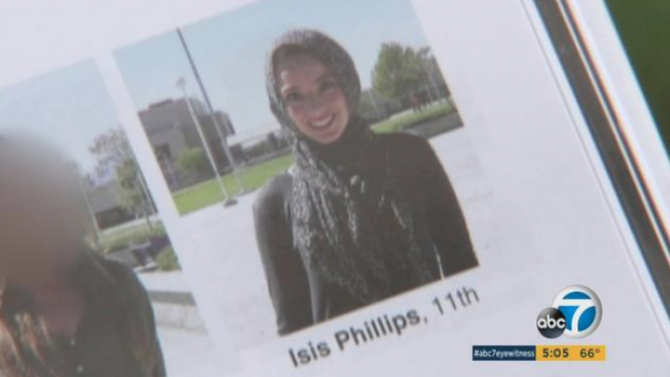 Bayan Zehlif is a Muslim high school at Los Osos High School and like most high school students she was excited to get her high school yearbook. When she turned to the page that held her photo she was shocked to see that had been identified as “Isis Phillips.”

“I am extremely saddened, disgusted, hurt and embarrassed that the Los Osos High School yearbook was able to get away with this,” Zehlif the junior wrote on Facebook. “Apparently, I am ‘Isis’ in the yearbook. The school reached out to me and had the audacity to say that this was a typo. I beg to differ, let’s be real.”

Chaffey Joint Union High School District Supt. Mat Holton told the Los Angeles Times that Zehlif was incorrectly identified as another student named Isis. He added that the school contacted both students and their families and assured them that an investigation will be conducted.

“If they find that a student acted irresponsibly and intentionally, administration will take appropriate actions,” Holton told the Times. “The school will assure students, staff and the community that this regrettable incident in no way represents the values, or beliefs, of Los Osos High School.”

According to the Times, the school distributed 287 yearbooks Friday before the error was discovered. They have since stopped giving out yearbooks and have asked that any students who’ve received one promptly return it to the school.

After news of the incident spread on social media, The Council on American-Islamic Relations called for a “thorough investigation.”

“We join with the family in their concern about a possible bias motive for this incident and in the deep concern for their daughter’s safety as a result of being falsely labeled as a member of a terrorist group,” said Hussam Ayloush, executive director of the council’s Los Angeles chapter, in a statement viewed by the Times. “No student should have to face the humiliation of being associated with a group as reprehensible as ISIS.”

School Kids In Flint Can Now Safely Clean Their Hands Thanks...

Are We Getting More or Less Tolerant, And Does It Matter?

The Movement for Criminal Justice Reform: Honoring its True Heroes