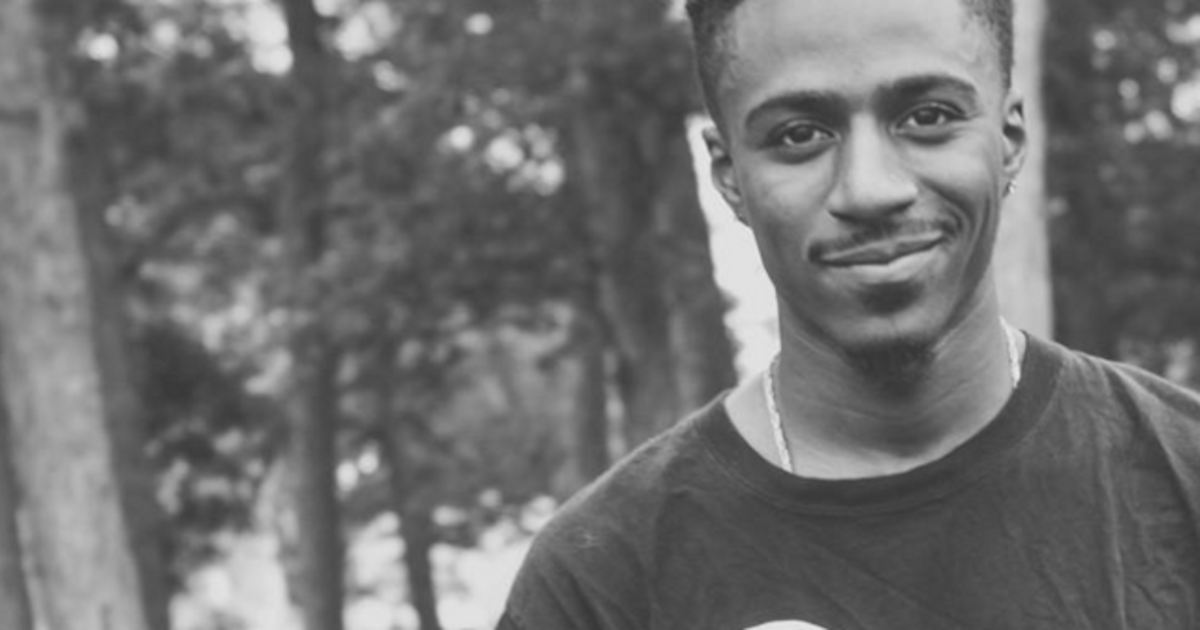 Authorities say the 23-year-old was pronounced dead at the scene and appeared to have died from a self-inflicted gunshot wound, although no one witnessed the shooting.

“We don’t have any evidence to know the reason why he did it,” State Highway Partol Lt. Craig Cvetan told the Columbus Dispatch.

McCarrel was committed to community activism and consistently advocated for racial justice. He helped organize protests in Ohio following the death of black Ferguson teen Michael Brown in 2014 and was instrumental in raising awareness around the Black Lives Matter movement.

McCarrel was also the founder of Pursuing Our Dreams, an Ohio-based community activist group that helped to fight homelessness and hunger — both issues McCarrel battled himself for three months after he graduated high school, according to the New York Daily News.

“Just looking at the group today and witnessing that growth, the process of building, it really puts me in good space,” McCarrel said in a video the group posted to YouTube in 2014.

McCarrel was recently recognized by Radio One as a “Hometown Champion” for his great work and activism in the community. It was a prize that came with a free trip to attend this year’s NAACP Image Awards, which took place Friday. 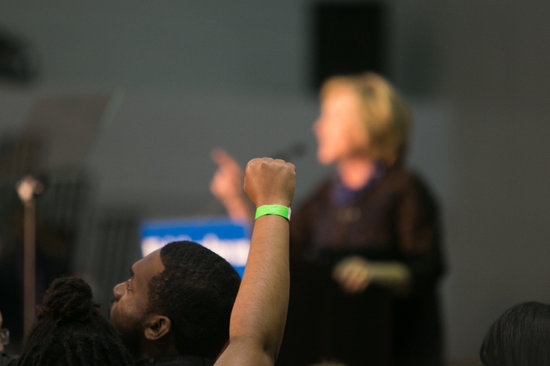 2. The Say Her Name Campaign raised awareness about police violence against black women.

In November, black student activists at the University of Missouri rallied together to protest the racial issues that they claimed had plagued their campus for years. More than 30 black football players refused to return the football field because they were fed up with the casual, everyday forms of racism they said they faced. Days later, faculty, students and state lawmakers called for the university’s president, Tim Wolfe, to leave. One student, Jonathan Butler, courageously started a hunger strike to protest the actions of the school’s president. Wolfe promptly resigned, signaling a significant moment for student-led activism and the fight for racial equality.

Michael B. Thomas via Getty Images

5. Activists protested the Confederate flag and fought for its removal from public spaces.

6. The issues of the black trans community became widely recognized.

The danger and disrespect transgender people face is part of an ongoing and difficult journey — and one that certainly does not escape trans people of color. Thanks to activists like Cherno Biko, Laverne Cox and Janet Mock, the voices of people of color in the trans community have been amplified. Mock brought national recognition to 17 tragic murders of trans women of color when she read aloud the names of these victims during a live broadcast on MSNBC in August. Black trans activists also joined forces with Black Lives Matter movement this year to ensure that all black lives matter.

7. Black students at the University of California prompted the school to pull out $30 million from prison investments.

During this year’s fall school semester, black students at the University of California rallied together to protest the university’s controversial $30 million investment into private prisons. On Friday, the school dropped the deal after meeting with students from the university’s Afrikan Black Coalition and listening to their demands. In a detailed letter written on Nov. 30, the student group wrote that the investments were “ethically embarrassing” and that private prisons turn “black, brown and immigrant bodies into profit under the guise of rehabilitation.”

8. The road where Sandra was stopped by police was renamed in her honor.

Two months after Sandra Bland was found dead in her jail cell, local residents rallied together to demand her legacy live on. Bland died in police custody three days after she was arrested for a traffic violation in Waller County, Texas. Her death was ruled a suicide, but her family disputed the findings and have since filed a wrongful-death suit. In August, local protesters rallied together and marched to the city council building to demand the road where Bland was pulled over be renamed in her honor. The request was approved and the road, originally named University Boulevard, was changed to Sandra Bland Parkway.

In August, key leaders of the black lives matter movement came together to create Campaign Zero, a project that aims to combat cop violence by introducing a comprehensive list of proposals for police reform. The campaign digs deep into ways police — both on the state and federal level — can reduce their racial bias, undergo better training and wear body cameras at all times to help prevent police violence against black Americans.

10. Black musicians banded together for a benefit concert around racial inequality.

Many musicians have used their voices for much more than music. Some like John Legend and Pharrell have effectively used their talents and platforms to speak out — and sing — about the racial injustices that plague the black community. In November, some of music’s biggest and vocal stars teamed up for a one-night benefit concert on the A&E Network titled, “Shining a Light: A Concert for Progress on Race in America.” Through the power of performance, the black voices that graced the stage that night aimed to highlight how “the uncomfortable truth racial inequality and bias still impact our society.”

Activists have been keeping busy this year to provide independent platforms to “check the police,” which is exactly what the Police Union Contract project aims to do. The project, which launched in December and was founded by four key black lives matter leaders. It aims to take a detailed look at police contracts and how they fail to hold cops accountable. The platform is part of the movement’s Campaign Zero project and helps to tackle the broader, blistering issue of police violence against black Americans.

Florida Prison Workers Who Were In KKK Plotted To Kill Black...