The arrest and death of Sandra Bland in police custody demands a close re-evaluation of policing tactics and justifies the “frustration” that people of color feel toward law enforcement, ;Attorney General Loretta Lynch argued on Sunday.

“The one thing that has come out of this tragic, tragic situation — the loss of life of this young woman — has been a discussion about specific police techniques,” she told MSNBC’s Andrea Mitchell, according to a transcript of the broadcast shared with The Huffington Post. ;“Many of the things that we see police departments doing across the country, frankly, is working on exactly the type of techniques that would have been helpful here. As part of my community policing tour, I’ve talked to officers who have said, one of things that they have appreciated most is training in de-escalation tactics, to sort of get away from the classic let’s just stop and arrest or chase and arrest, and figure out how can we calm a situation down.”

In the interview, which will air on Monday, Lynch also said that Bland’s case highlights the frustration and fear that people of color face when dealing with police but hoped that reforming policing tactics would mitigate those concerns.

“Many people see this situation escalating, and I think it shows the frustration that many minority communities feel when they feel that, you know, maybe it wouldn’t have escalated in a different community,” Lynch said. “I hope that that can bring this situation to light as well, so that people understand the frustration that many minority members feel when they’re stopped by the police.”

Earlier this year, the Department of Justice launched a pilot program that funds trainings for local police forces to build better relationships with the communities they serve. Lynch said that these strategies, if implemented more widely, could help minority communities feel more secure when dealing with police. ;

“We see situations where officers will reach out to young people and work with them. They’ll go into the classrooms with them. And so we’re hoping that these examples can be models for other police departments. But we’re also hoping that community leaders can work with police departments to build these connections so that we can all tell our children how to respect authority, but not to be afraid of police.” 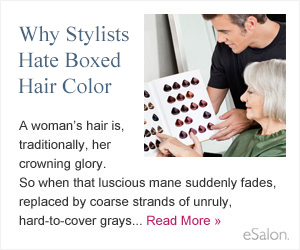