There is certainly a lot of outrage over the horrible circumstances of the killing of Cecil the Lion by an American dentist, Walter Palmer. Yet, as Americans have grieved and raged against the killing of Cecil, many have not put that same energy and empathy into grieving and raging against the slaughter of African Americans in the U.S., especially by police. I have found the use of #CatLivesMatter hashtag to be especially tone deaf on race and human life. The #BlackLivesMatter hashtag and movement comes from a specific racial context of struggle and should not, in my view, be appropriated for a different purpose, even if that purpose is one with which I agree. I find, in teaching liberation theology…

There is certainly a lot of outrage over the horrible circumstances of the killing of Cecil the Lion by an American dentist, Walter Palmer.

Yet, as Americans have grieved and raged against the killing of Cecil, many have not put that same energy and empathy into grieving and raging against the slaughter of African Americans in the U.S., especially by police.

I have found the use of #CatLivesMatter hashtag to be especially tone deaf on race and human life. The #BlackLivesMatter hashtag and movement comes from a specific racial context of struggle and should not, in my view, be appropriated for a different purpose, even if that purpose is one with which I agree.

I find, in teaching liberation theology, that contextual analysis is the most difficult subject for people to understand, especially those who have not experienced direct social oppression themselves (of gender, sexual orientation, race, class etc.). Contextual analysis is, as Mary Potter Engel and I write in Lift Every Voice: Constructing Christian Theology from the Underside about the specifics of your social location and the function of the power of economics, culture, history, religion and politics on shaping that location.

This kind of analysis influences liberation theological work profoundly. That does not mean, however, that only the oppressed can do theology. Critical consciousness about social location can be developed, especially through scrutiny of all these social and religious factors. This would include power abuses in the human as well as the non-human world.

Thus, there can be a connection among different justice issues in a deep contextual analysis of the abuse of power in dominant Western culture and the murderous display of such power in killing.

Why kill a beautiful (and endangered), protected animal? Some call it a sport, though one only the very wealthy can pursue.

Instead, I believe this hunting of “big game” is a show of power, demonstrating the ability of wealth to destroy a very large animal and in so doing, triumph over it.

But it is critical to see that the killing of human beings is also very often an abuse of power, the ultimate demonstration that you and your dominant race are supreme.

The Roman Empire was extremely influential in the formation of Western culture and this carries through even today. Imperial Rome demonstrated its power in gladiatorial games by killing thousands and thousands of wild animals, many of them captured from Africa, to demonstrate their ultimate authority.

But the Romans were also expert at killing human beings. The Roman games involved brutally cruel public performance of violence on subjugated human bodies such as criminals, slaves, captives of war, and Christians. As I have written before Christians were subject to torture, as one martyr put it, ‘as if we no longer existed.'”

One thing the Roman Empire knew well was power and how to symbolize it as total domination over life and death. Killing huge numbers of human beings as well as a wide variety of wild animals in the Roman games was that symbol. The Emperor Trajan, to celebrate his conquest of Dacia (roughly modern Roumania), gave games in AD 108-9 lasting 123 days in which 9,138 gladiators fought and eleven thousand animals were slain.

Killing to demonstrate imperial control was a Roman specialty and the Romans passed it on into dominant Western culture, especially through the influence of the Roman Empire on the formation of Christianity as an institutionalized religion post the “peace” of Constantine.

The Euro-Atlantic slave trade and subsequent exploitation in American slavery as the foundation of American wealth finds precedent in the Roman model of trading in human lives for profit, and in the early church there was protest against this. In Revelation 18, the vision of future justice includes the “merchants of the earth” mourning for rapacious Rome, because no one buys their “cargo of gold, silver, jewels, pearls, fine linen, purple cloth, silk… and slaves, that is, human souls.” And in the Middle Passage and in American slavery, as well as in lynching and now police killings, literally millions of human souls of African origin have suffered and died.

In the same month as the Cecil the Lion killing came to light, University of Cincinnati Police Officer Ray Tensing was indicted for shooting and killing unarmed motorist, Samuel DuBose. County Prosecutor Joe Deters, after viewing the video of the incident, called the shooting “senseless” and “horrible.”

To me, viewing the video released, it looked more like an execution. That is why #BlackLivesMatter matters so much, because the life of Samuel DuBose seems to be another exercise in the abuse of white police power over African American lives.

Many Americans may be able to more easily see why an American dentist going to Africa and paying to kill a protected lion is cruel and wrong. After all, there are no questions about Cecil’s intentions or background. Cecil seems “innocent” as animals are construed to be. But African Americans today seem cast as the dangerous “other” by law enforcement, guilty and even sentenced to death before any court can consider the circumstances.

This is why contextual analysis matters so much. Many Americans have yet to get the point that executing an unarmed African American is shockingly wrong. Ask yourself, why would the killing of Cecil appall so many Americans and yet the killing of Samuel DuBose offend comparatively fewer at least based on the social media churn? The reason is, frankly, that many Americans have not examined the whole context of racial injustice in this country.

You need to care about why your culture values death as the ultimate performance of the abuse of power. You need to engage changing that with specific contextual analysis, because if you don’t, you will just be engaging in sentimentalism instead helping to create deep and complex change. 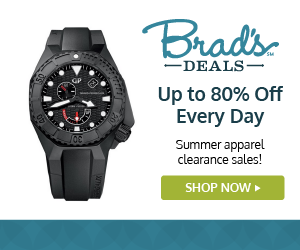 Lions and Kings: Killing and the Abuse of Power

It's January — Time to Choose a New School

Can the NBA win its rematch with COVID-19? As the pandemic...