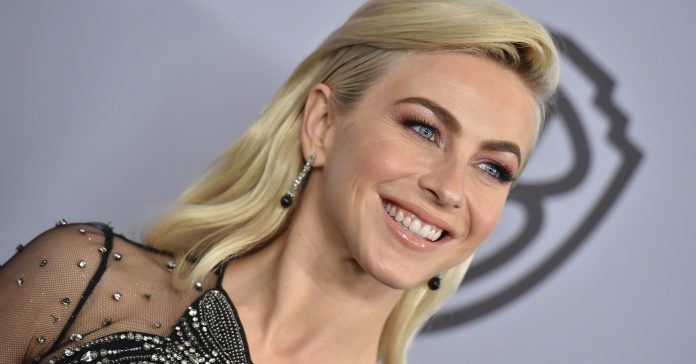 Not all medical illnesses are visible or acknowledged, a truth that Julianne Hough knows all too well.

The actress and dancer has lived with endometriosis, a debilitating medical condition that affects an estimated 1 in 10 women during their reproductive years, since she was a teenager. However, she wasn’t officially diagnosed with the disorder until she was in her early 20s.

The illness occurs when tissue that normally lines the uterus grows outside of it, causing chronic pain, intense cramping, infertility and other symptoms.

“It’s not just during your period, it’s throughout the month,” Hough told HuffPost. “It makes me so tired that I’m extremely nauseous. It’s very debilitating. I can’t get up in the morning sometimes or it interferes with my daily activities. It really has affected my quality of life.”

But endometriosis often goes undetected or untreated due to patients not recognizing the signs or doctors simply not taking it seriously. In a 2017 survey, 42 percent of women with endometriosis said their physicians told them their pain was “part of being a woman.”

In reality, endometriosis symptoms are hardly normal. Here’s what to look out for:

Hough, who has partnered with the campaign SpeakENDO to promote awareness of endometriosis, stressed that it’s vital to be your own health advocate if you feel like you’re experiencing the disorder. Other celebrities living with the condition, including Lena Dunham, have echoed that sentiment. Dunham recently revealed she got a hysterectomy to treat endometriosis pain.

Each treatment method is different, of course. Not every case of endometriosis leads to a serious surgery. But by being vocal and finding a clinician who understands your symptoms, you can find a solution that works for you, Hough said.

In a 2017 survey, 42 percent of women with endometriosis said their physicians told them their pain was ‘part of being a woman.’

“It’s a been a huge focus of mine to speak up so that other women feel empowered without having that feeling of, ‘Oh, this is just part of being a woman and I’m going to have to endure the pain,’” Hough said.

Part of managing endometriosis ― which often leaves people bed-ridden ― on top of an active life means making time for physical and mental self-care. For Hough, that includes plenty of exercise, as well as focusing on the positives when she first wakes up.

“I think of three things I’m really grateful for, and then I also think of three goals that are very achievable that I can do that day,” she said. Hough’s goals are simple yet healthy ― including things like taking a daily vitamin or smiling at a stranger.

“It’s very attainable ― I get them done in five seconds ― but I feel really great and it helps me the rest of the day,” Hough added. “[It creates] this calm and this peace and helps the anxiety I have dissipate.”

How Mindful Movement Can Change The Way You Think About Exercise

End The Ban On Marijuana In Sports

What Women Need To Know About Reproductive Coercion