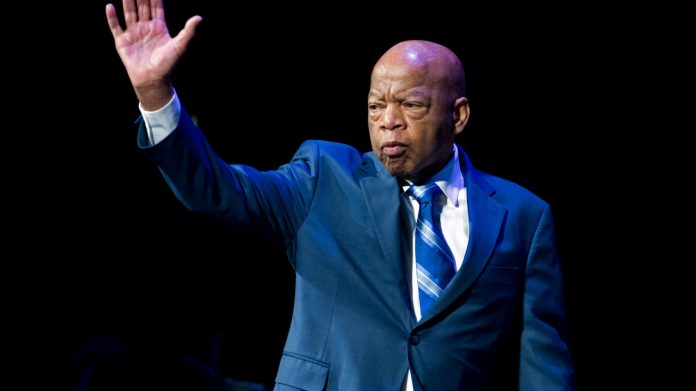 Rep. John Lewis (D-Ga.), who will be buried Thursday after a memorial service, wrote a New York Times op-ed shortly before his death that he asked to be published on the day of his funeral.

In it, the legendary civil rights leader implored younger generations to continue his work fighting for racial equity and justice.

“Though I may not be here with you, I urge you to answer the highest calling of your heart and stand up for what you truly believe,” Lewis wrote. “In my life I have done all I can to demonstrate that the way of peace, the way of love and nonviolence is the more excellent way. Now it is your turn to let freedom ring.”

Lewis, who died of cancer on July 17, sent the op-ed to the Times just two days earlier, according to the paper’s acting editorial page editor Kathleen Kingsbury. He specifically requested that it be published on the day of his funeral, she said.

Lewis wrote that this summer’s nationwide anti-racism and anti-police brutality protests “filled me with hope about the next chapter of the great American story.” His last public appearance was in June, when Washington, D.C., renamed a street a block from the White House as Black Lives Matter Plaza.

“I just had to see and feel it for myself that, after many years of silent witness, the truth is still marching on,” he wrote.

Kevin Hart On What His Dad's Drug Addiction Taught Him About...

12 Sobering Numbers That Define The Fight To Get Justice For...

A City by Any Other Name