Historically Black colleges and universities (HBCUs) will be represented in this year’s NCAA women’s tournament by two good teams that both had to fight and claw their way to their league tournament championships.

Jackson State, led by head coach Tomekia Reed, has an impressive 18-5 record, including a 14-1 record in the Southwestern Athletic Conference (SWAC). However, securing an NCAA tournament berth was far from easy. JSU scratched out a 67-66 win over Alabama State in the SWAC final, only after two clutch free throws by senior Cherelle Jones with 13.9 seconds left to play. 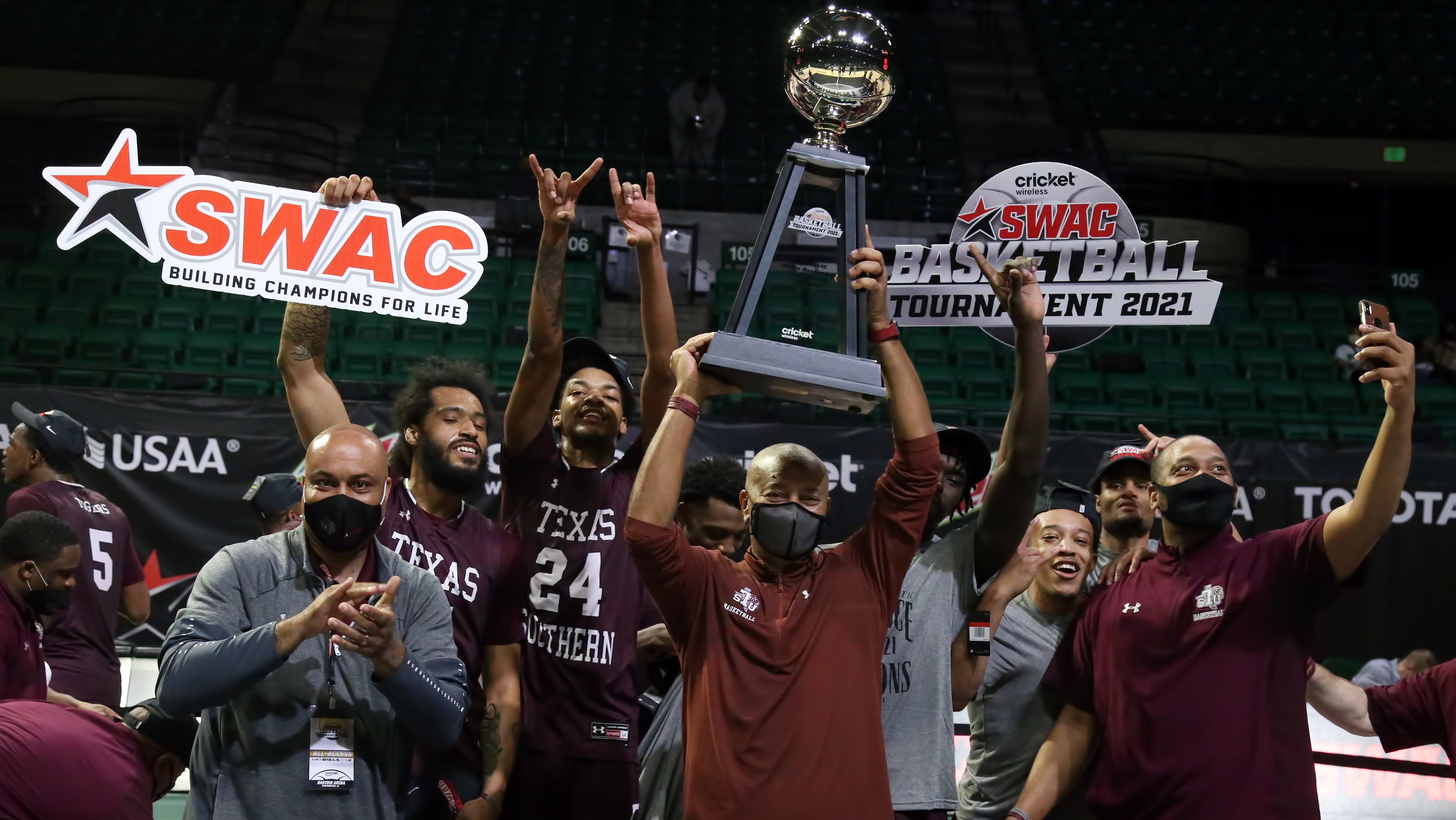 Texas Southern, Norfolk State get their chance to show they belong in NCAA tourneyRead now

“I’m extremely excited,” Reed told The Clarion-Ledger of Jackson State’s draw. “We were watching and looking at all the No. 1 seeds, trying to see who we were going to play. To see we’re not going to play the No. 1 seed was even more exciting. I think there’s some level of respect there.”

Aggies coach Tarrell Robinson is happy as well. “It’s exciting and it’s a familiar opponent,” he said. “We opened up our season last year against NC State.”

How they got here: Automatic bid after beating Alabama State 67-66 in the SWAC tournament championship game.

Coach: Tomekia Reed. Reed is in her third season as head coach of the Lady Tigers. This will be Reed’s first trip to the NCAA tournament as a head coach.

Players to watch: Senior guard Dayzsha Rogan leads JSU in scoring and is second in the SWAC with 17.6 points per game. The 5-foot-4 Rogan was named 2020-21 SWAC Player of the Year.

Senior forward Ameshya Williams is averaging 15.7 points and 11.5 rebounds per game, good for sixth and second in the SWAC. The 6-foot-4 center and Mississippi State transfer was named SWAC Defensive Player of the Year.

Round of 64 opponent: Baylor. The Bears are 25-2, winners of the Big 12 and 17 straight games. Baylor has reached 21 NCAA tournaments and has won three national championships, most recently in 2019.

Last NCAA tournament appearance: Jackson State last appeared in the tournament in 2008. The Lady Tigers were a No. 15 seed and lost to No. 2 seed LSU 66-32.

How they got here: Received automatic bid after beating Howard 59-57 in the MEAC tournament championship game.

Coach: Tarrell Robinson. Robinson is in his ninth season as head coach of the Aggies. This is his third trip to the NCAA tournament.

Players to watch: Senior forward Deja Winters leads N.C. A&T and is second in the MEAC with 14.9 points a game. The 5-foot-11 Seton Hall transfer is also second in the MEAC in 3-point percentage at 36% and leads the conference in 3-pointers made per game. Winters was named first-team All-MEAC this season.

Graduate student Chanin Scott is second on the team in scoring, at 13.7 points per game, and leads the Aggies in rebounding with 8.7 per game. The 6-0 Georgia Tech transfer also led the MEAC in steals and was named first-team All-MEAC.

Round of 64 opponent: NC State. The No. 1 seed Wolfpack are 20-2, 12-2 in the ACC, and winners of eight straight games. This will be NC State’s 29th NCAA tournament appearance, including four straight. The Wolfpack’s lone Final Four appearance occurred in 1998.