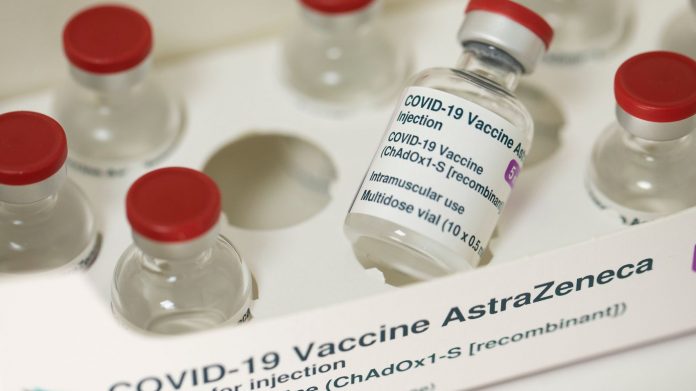 AstraZeneca’s COVID-19 vaccine has taken some heat lately. Over a dozen countries decided to temporarily stop administering the shot after a handful of people experienced blood clots. Soon after, a report came out claiming the AstraZeneca vaccine is only 10.4% effective against cases caused by the B.1.351 variant first detected in South Africa.

But many infectious disease experts stand behind AstraZeneca’s vaccine, and they say headlines about the shot’s issues haven’t necessarily told the full story. Health officials believe the vaccine is safe and effective — and that it has the power to help us drive down cases globally and win back some control over the coronavirus pandemic.

Here’s what to know about the AstraZeneca vaccine:

An analysis of over 17 million people who received the vaccine in the European Union and United Kingdom found there’s no evidence the shot increases people’s risk of blood clots or abnormal bleeding, according to an update AstraZeneca shared this week.

Of the 17 million people vaccinated, only 15 individuals experienced deep vein thrombosis and 22 people reported pulmonary embolism — math that adds up to 37 people out of 17 million. Not only are these bleeding abnormalities extremely rare, they likely don’t have anything to do with the shot.

The European Medicines Agency, which is investigating the clots, on Thursday ruled the AstraZeneca shot safe and effective, and said the benefits far outweigh the risks. However, there will be a warning added to the product since a link couldn’t be disregarded entirely, according to The Washington Post.

“Just because something happens after vaccination doesn’t mean that it’s caused by vaccination.”

“Just because something happens after vaccination doesn’t mean that it’s caused by vaccination,” said Amesh Adalja, a senior scholar at the Johns Hopkins University Center for Health Security and an infectious disease expert.

The prevalence of these types of blood clots in vaccinated people actually appears to be lower than the typical prevalence of clots in the general population, especially amongst older adults. In the U.S., that rate is closer to 1 to 2 per 1,000.

Monica Gandhi, an infectious diseases specialist and professor of medicine at the University of California, San Francisco, said there has never been a time in history where we have vaccinated this many people at once, and it’s to be expected that some people are going to experience other health issues around the time of vaccination.

“There are always going to be things that crop up because there is a group of people that had something that was naturally going to happen anyway,” Gandhi said.

People become concerned their health issues could be linked to the vaccine, but the two are most likely unrelated. Getting COVID-19 ― which, by the way, is known to cause severe clotting in some people ― is far more dangerous.

A clinical trial recently published in the New England Journal of Medicine found that the overall efficacy of the AstraZeneca shot — which is 66% effective against the original coronavirus — dropped to 10.4% when tested against the B.1.351 variant first identified in South Africa.

It’s true that some vaccinated people contracted mild to moderate cases of COVID-19, but no vaccinated individuals died or were hospitalized.

“The whole reason we care about vaccines ― the biggest goal for the vaccines ― is to prevent three things: severe illness, hospitalization and death,” Adalja said.

Whenever there’s a claim that a vaccine doesn’t hold up against a variant, he recommends skipping over the part about mild to moderate illness and looking instead for the data about serious disease, hospitalizations and death.

“I’m much more focused on the whole reason we care about COVID-19 and why we don’t care about many other coronaviruses, which is that this one causes severe disease,” Adalja said.

Gandhi agreed. It’s disappointing the AstraZeneca vaccine’s efficacy dipped against mild to moderate illness, but she said it’s much more important to look at the shot’s efficacy against severe disease.

“All of the vaccines — including AstraZeneca and including when tested against variants — are effective to prevent severe disease, which is what we fear the most,” Gandhi said.

So overall, what do experts really think about the shot?

“This is a safe and efficacious vaccine and it’s a main driver of the control the United Kingdom is having right now,” Adalja said.

Even a partially effective vaccine, like the AstraZeneca shot, will be able to save lives and slow the spread of COVID-19.

“We are seeing astounding results,” Gandhi said. “The real-world data for the AstraZeneca vaccine is very exciting.”

Experts are still learning about COVID-19. The information in this story is what was known or available as of publication, but guidance can change as scientists discover more about the virus. Please check the Centers for Disease Control and Prevention for the most updated recommendations.

I am a Hypochondriac

18 Beliefs People Once Had About Coronavirus That Aren’t True