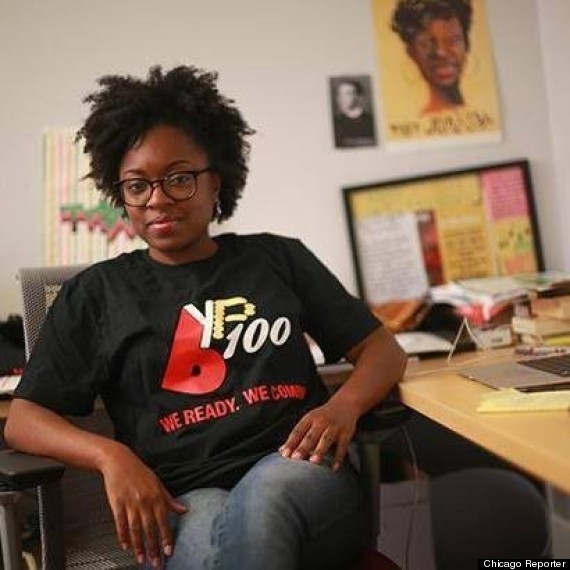 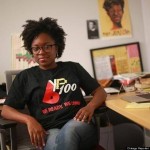 Television and computer screens have been saturated with images of violence and alarming headlines since a grand jury in Ferguson, Missouri, failed to indict Officer Darren Wilson for the shooting death of unarmed teen Michael Brown. But what about the peaceful protests? People across the country have been gathering to voice objections to the decision in ways that involve neither conflict nor violence. With media attention focused on Ferguson, it’s easy to forget that peaceful protests are the norm, not the exception. There are many ways for individuals to make their voices heard on the subject of Ferguson. Here are some of the organizers and participants who have become faces of peaceful, organized action: Charlene Carruthers, 29, Chicago and Washington, D…

Television and computer screens have been saturated with images of violence and alarming headlines since a grand jury in Ferguson, Missouri, failed to indict Officer Darren Wilson for the shooting death of unarmed teen Michael Brown. But what about the peaceful protests?

People across the country have been gathering to voice objections to the decision in ways that involve neither conflict nor violence. With media attention focused on Ferguson, it’s easy to forget that peaceful protests are the norm, not the exception.

There are many ways for individuals to make their voices heard on the subject of Ferguson. Here are some of the organizers and participants who have become faces of peaceful, organized action:

Charlene Carruthers coordinates the Black Youth Project, or BYP100, an organization that trains black 18-to-35-year-olds as activists. “We talk about black men, black women, girls and boys, LGBT folks,” said Carruthers, who identifies as a black, queer woman and a feminist. “The goal is the liberation of all black people, and for that, we all need to be involved.”

For Tuesday, Carruthers planned 28 hours of actions, because “every 28 hours, a police officer or a vigilante kills a black person.” More than 400 people were expected at BYP’s peaceful protests that start in Chicago at City Hall, and in Washington, from outside the Metropolitan Police Department headquarters.

Carruthers began organizing civil actions at age 18 while studying at Illinois-Wesleyan University. After 10 years mobilizing young people, she said she is confident that young people do the job best. “Every movement that’s ever been successful in this world requires young people to be at the forefront. Young people are among the most radical. They have sound powers of analysis, and they are willing to take action.” 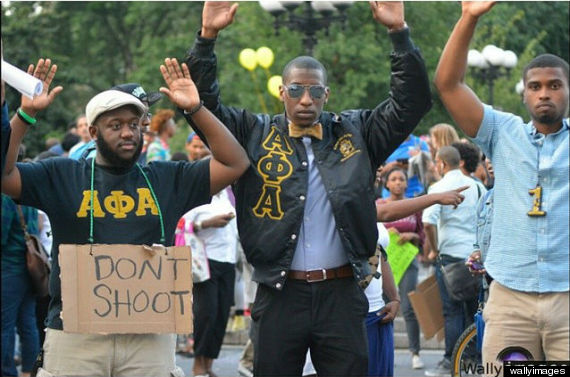 Photo: Wally Images. Rafael Ramirez is on the right.

Rafael Ramirez is a student at Columbia University (though he is taking this year off) who, along with Barnard College junior Gianni LaTange and Barnard sophomore Nialah Edari, has organized a national boycott of Black Friday.

“African-Americans in this country have several trillion dollars’ worth of purchasing power, and often we don’t exercise that power fully,” Ramirez told The Huffington Post. “The justice system hasn’t done much for us. It’s failed us countless times, and the political system has failed us. But what has been tried successfully is an economic power movement. We understand that a one-day boycott isn’t going to change anything, but it shows we have power.”

Although he never considered himself an activist before, Ramirez was inspired by his fraternity at Columbia, Alpha Phi Alpha, where Martin Luther King Jr. and Thurgood Marshall were once members, Ramirez said. “I feel an obligation to continue that kind of engagement, and having the support of my brothers has been really influential.

“Black Friday marks the beginning of a lot of thoughtless spending,” Ramirez explained. “We want to support businesses who are affected by things like the shooting of Michael Brown. We can influence our country through how we spend money.”

Ramirez, LaTange and Edari created a Facebook event, where more than 100,000 people have been invited to join the boycott, with more than 9,000 saying they will attend. “Twelve hours after we started inviting people, we checked back, and 8,000 people confirmed. Those numbers have kept growing steadily.”

Ramirez attributed the event’s popularity to the optimism of he and his friends, as well as their skills online. “I don’t know 80,000 people personally, but through Facebook and Twitter, we’ve been able to reach that many people, and that’s truly special. That’s something older people don’t see the value in.”

To Ramirez, social media is far more effective than force. “We’re not going to defeat the United States of America through violence, since they have plenty of tanks to destroy us. If we fight violence with violence, it’s not going to get us anywhere. It’ll only justify further atrocities. If we’re tearing things up, it’ll only justify the notion that we’re animals and we deserve to be treated this way. If we protest nonviolently, it’s almost an embarrassment that this is going on.” 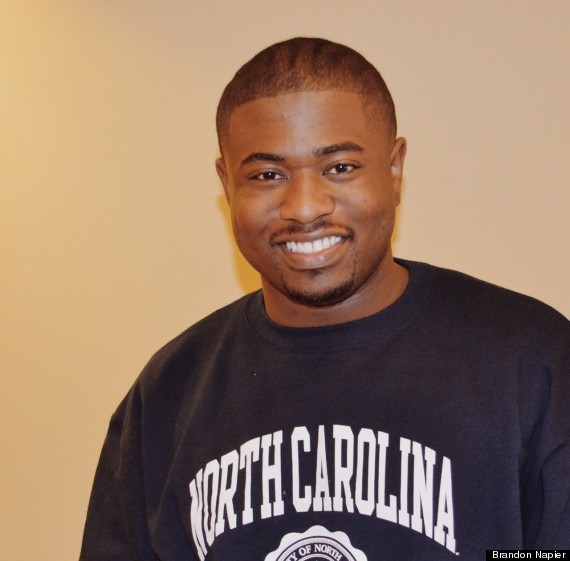 “The protests at the college were led by students, and then organizations backed those students,” said Brandon Napier, a senior at University of North Carolina, Chapel Hill. “One student, Mariah Monsanto, was one of the ones who put together the entire event today, and had this idea of having the die-ins and the candlelight vigil.”

At the vigil Monday night, students expressed frustration with the justice system. “We were advocating for the cause of Mike Brown and minorities in general. We were talking about how the university has its own ways of being oppressive and not approaching students in the most positive way.” Harmonyx, an a capella group that is part of the Black Student Movement, also performed the Negro National Anthem and Marvin Winans’ “I Feel Like Going On,” Napier said.

At the die-in Tuesday afternoon, students lay on the ground in a high-traffic area of campus called the Pit for 4- 1/2 minutes, to represent the 4-1/2 hours that Michael Brown’s body lay uncovered in the street after he was shot.

“Afterwards, students shared with each other how the situation was affecting them personally,” Napier said. “Standing among each other unified and in solidarity is a clear outlet for communication. At a nonviolent event, we can focus on the greater subject at hand, the oppression that’s existing, and communicate our emotions as a group.” 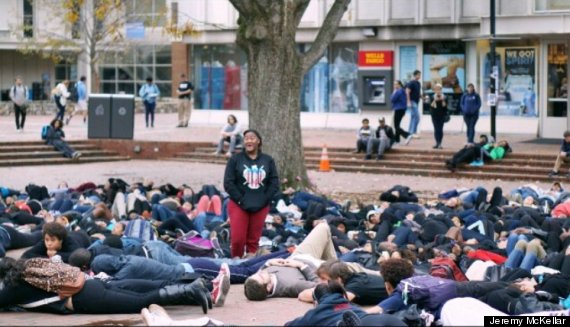 More On Ferguson From HuffPost:

If You Think Looters And Arsonists Are The Only Ones Protesting Ferguson, Think Again

‘The running back whisperer’: The Browns’ rushing success starts with Stump Mitchell The longtime running backs coach has brought the best out of Nick...

Trying To Be Happier Won’t Work. Here’s What Will, According To Science.

Human Rights Fighter - January 15, 2021 0
At the start of the new year, my husband and I were reflecting about what we hope for our two kids both now...

Bridging The Gap Between Black And White Feminism