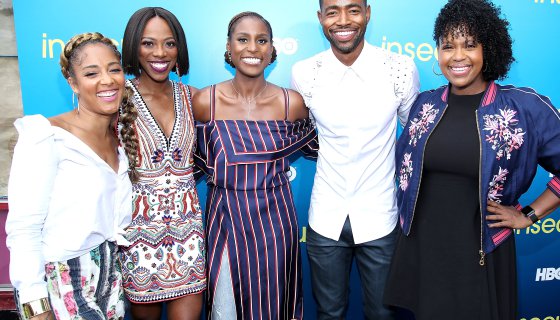 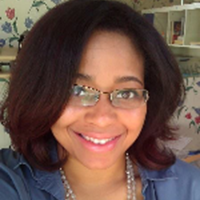 Sonya Eskridge is a writer from Maryland, who started her news career in radio at the age of 17. After graduating from Virginia Tech, she went on to write for a national publication where she was able to mold her personal voice. Always looking for ways to inform on important issues–or share her love of nerdy and girly things—Sonya thoroughly enjoys writing about a wide range of subjects.

Natasha Rothwell revealed that the ladies of Insecure are probably busy this Valentine’s Day, and their plans sound lit.

When we caught up with Natasha today, we had to ask how her character Kelli would be celebrating love.

“I think she would be turning up!” Natasha told Hello Beautiful. Valentine’s Day might be a day for couples, but Natasha believes that decidedly single Kelli wouldn’t let her relationship status determine her plans for the night. “I don’t think she would be sitting home alone.”

In Natasha’s mind, she would be out celebrating how phenomenal she is and blessing the public with her presence.

Issa and Molly, on the other hand, would be having a Girl’s Night In for Valentine’s Day. After the year they had, the girls might be giving men a break for the night while they re-center in sisterhood.

“I think Issa and Molly would be each other’s Valentines,” Natasha shared. “I think that they would choose to spend time together.”

As Natasha imagines it, the girlfriends would spend the evening figuring out what they want in life (and love), drinking wine, and watching This Is Us.

While Due North, is the series of choice on Insecure, Valentine’s Day isn’t really what Issa and Molly would need.

Due North is a scandalous primetime soap that was born from an inside joke among the writers.

“We were all sitting in the writer’s room joking around,” Natasha recalls, adding that they came up with the name for the show-within-a-show first. “There are two writers in our room [Ben Dougan and Dayna North]; we got the title from putting their names together.”

At first, everyone would joke about their imagined love affair, but Natasha quickly clarified that there isn’t actually anything going on between them. “Dayna is happily married,” she verified.

But while we’re on the top of the writer’s room Natasha said that the crew is hard at work, writing season 3. While she couldn’t tell us what to expect, it sounds like the minds behind Insecure are getting ready to bring us something amazing. As Natasha told us, “I’m really excited for what’s coming next season.”

EXCLUSIVE: Viola Davis On Skincare, Coming To Faith, And Why She Loves ‘Insecure’

HBO Greenlights Two New Issa Rae Shows, ‘Him Or Her’ And ‘Sweet Life’

Jessie Williams To Pay $50K+ A Month In Spousal Support

Trey Songz Gets Probation After Flipping Out In Detroit